Home / NEWS • Paleyfest / Paleyfest 2015 Changes! Only The People Who Bought The $1500 Packages Are Allowed Up To The Stage! Say Wha?

So, for those of you heading out to Paleyfest this year, besides the lackluster lineup and the soaring ticket prices, there is one more thing to talk about.

I headed down for the Girls panel today and while we had a nice time, it didn’t come without a fight.
Now, for those of you who have gone year after year and I’ve been going for about 8 years now… Each year has gotten progressively worse. Larger venues, horrible security, etc… 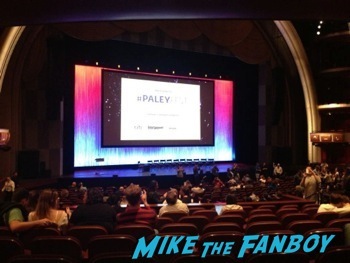 When the festival moved to the gigantic Dolby theater last year, I predicted the worst. However, it honestly wasn’t that bad if you were on the first floor.

Well… This year… Things have changed.

After they final question was announced, Dolby security put up the extendable barriers, aka stantions that cut the aisle in half basically. At each stantion there’s an usher. When I went up from the Parterre to go down to the front, I was told that we were not allowed, because people were leaving.

Mind you, there was more than enough room, since only about 10 people total were trying to go down to the stage, and the people coming up were not moving fast at all. I told the guy, we’ve always been allowed to go down, and he said very rudely, “Not this year.”

Another usher came up and said, “You need to leave.” I was like no. I’m not leaving.

Scotty was in the middle aisle and I was on the far right, so I said, “I’m going to join my friend. She said, “Not down there you’re not.” I walked right past her and down the aisle and joined up with Scotty in the center.

Scotty said, that this security was going to let people down in a minute. Eight people at a time. Mind you, there was only eight people waiting.

So a couple minutes later, we were able to go down to the next level where we got stopped AGAIN!
There was ANOTHER stantion in the middle of the orchestra and she wouldn’t let us pass. We all started throwing a fit and finally were let down. Mind you, it was only one row deep at the stage. 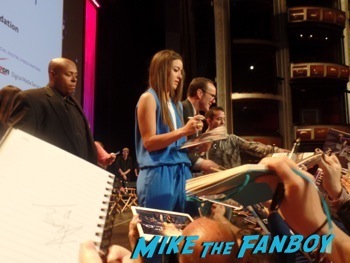 First off, I already returned my ticket to American Horror Story and if you bought tickets through Goldstar, I highly recommend if you’re going for autographs or selfies, you get your tickets refunded and avoid the hassle.
You can join the red velvet membership for free and get a Goldstar credit. You get a one month free trial and then all you have to do is cancel it. Seriously, it’s just not worth it. Especially for any moderately big show.

To put this in perspective, only the people who bought the super expensive packages or are in the first five or six rows were allowed to go up after. So, if you’re not in that group, you’re not getting to the stage first, if at all. I think if it had been a bigger show they would have stopped people from going down completely.

As an example, this is about the cut off for the stantion they set up where you had access to the stage… 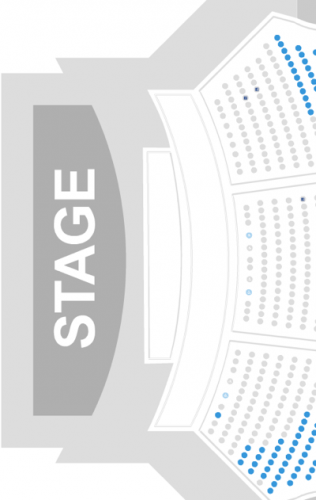 And this is the full lower level of the Dolby theater. 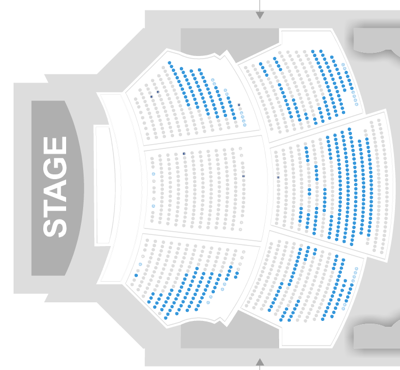 What’s ridiculous is, besides the power hungry overzealous security is that only the people who pay the $1500 for the “special packages” get access to go up to the stage? Come on, that’s ridiculous. And it will be the same people year after year, show after show.

Billy was even up in the second row and security still told him he had to leave and tried to block him from getting the rest of the cast after he got Alison Williams. What the F. 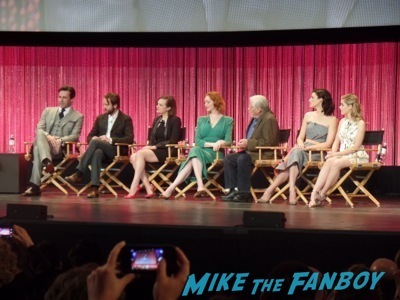 Since I returned my American Horror Story ticket, I have one more Paley event to go to, I have good seats for that one, that I ended up getting on the secondary market for cheaper than face value.

I’ll let you all know how that goes, but I want to give everyone out there going a heads up. Especially you Outlander fans, because I know a lot of you guys are coming in from all over. Just be prepared.

You may see the Paley Center tweeting out photos of fans at the stage but unless you’re forking over $1500 bucks, you probably won’t make it down there. 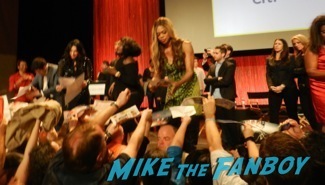