Welcome back to Billy Beer’s Bar Stool.  Today we are off to Paleyfest to see the CW Superheroes.  Now in the past they’ve brought one or two shows at a time.  This year they decided to combine the whole CW DC universe together and bring members from each of the shows.  They did a great job of getting the main characters from Arrow, Flash, Supergirl and Legends of Tomorrow along with another leading cast member.

Along with all the stars, Kevin Smith was the moderator. 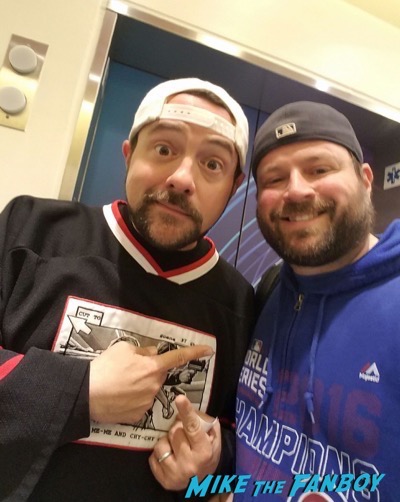 This should be a whole lot of fun!  Kevin started things off with a long monolog describing how he was introduced to the CW DC Universe by his partner Jason Mewes.  I kinda have a feeling they were waiting for someone to arrive, cause it did go on for a while, then they held up signs for him to wrap it up (I like run-on sentences).  The best part was every time someone sneezed he said “God Bless You”  When the panel was done, I asked him about it and we said at the same time “Dogma”!  I guess there’s always a threat of Matt Damon and Ben Afleck coming into a room and killing everyone.

The Q & A was a blast.  You can tell these casts enjoy working with each other. 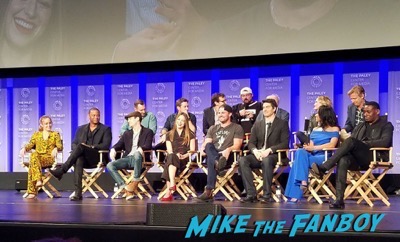 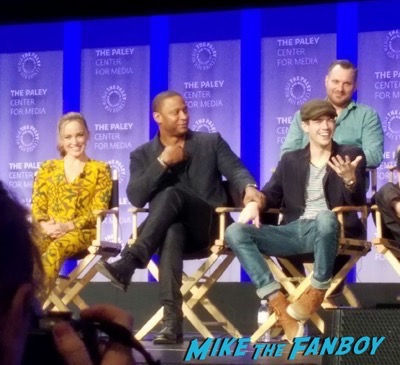 I’m not as good at remembering an amazing amount of details as Mike is (probably cause I’m usually at events a lot longer than he is, so more to remember), but some of the highlights were the discussion of Arrow and Flash’s love life, the possibilities of doing one big crossover with all four shows, along with crossovers every season, the ability for Supergirl to do a lot more cool stuff now that they film in Canada and that Caity Lotz has played every color Canary you can think of. 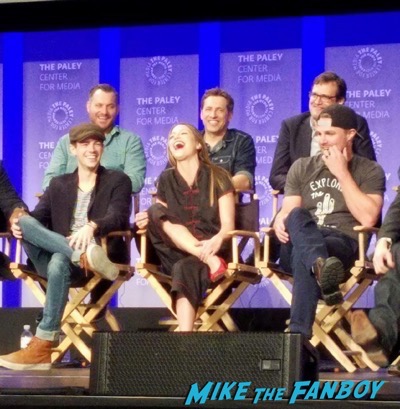 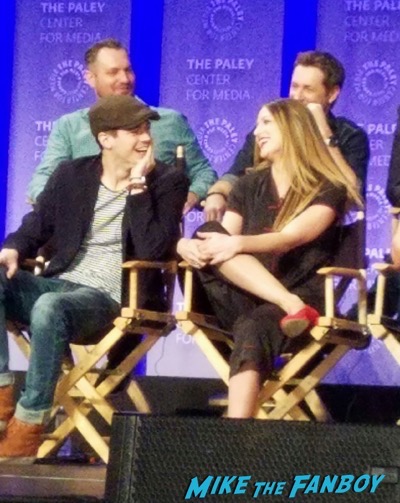 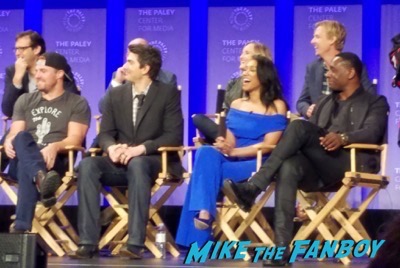 When everything was said and done, the usual running to the stage began.  I had a good spot in the middle by Grant.  I tried for a while to get him to sign my 16×20 Flash pictures, but he kept getting further and further away.  Then Melissa was getting closer.  I swap out one 16×20 for another.  Melissa was calling for a pen, so I reached mine out and she proceeded to sign my picture.  I told her to just keep it.  I started to look around and see where the rest of the stars were.  Grant had moved, so I made my way to Caity near the end.  After a minute, she grabbed my photo and signed it.  Then I saw Candice coming our way.  I pulled out my picture for her and after a little bit of bouncing around, she finally signed it.

They were starting to try and get the people off the stage.  I noticed Grant had moved the other direction so I made my way over there.  With a little bit of help, we finally got it in front of him.  Right as he’s about the sign it, they pull him to go take pictures with other people.  UGH!  Now most of the cast members are gone.  Now they were making Grant leave.  They escorted him right past us.

This was not my best effort at a Paley event.  Luckily I had a friend helping me out and he totally kicked ass.  Not only did he help me get Grant, Brandon, Caity and Melissa on a poster for my sister, he got me an extra Caity and Melissa!  That is 6 more than Fanboy would have ever gotten me!  So what was an OK day, turned out to be amazing and I have a happy sister.  So special thanks to Mike (not Fanboy, there’s 20 Mikes that graph in LA) for all the help.

Got a few more Paley events to go.  I’m sure Mike will bug me to write more articles.  Until next time! 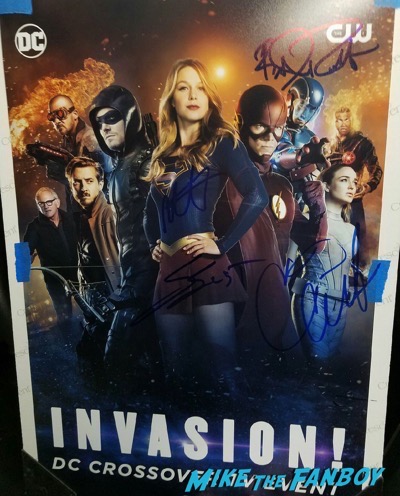 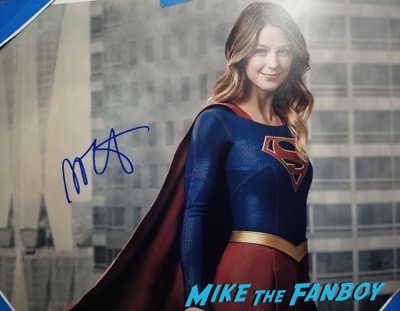 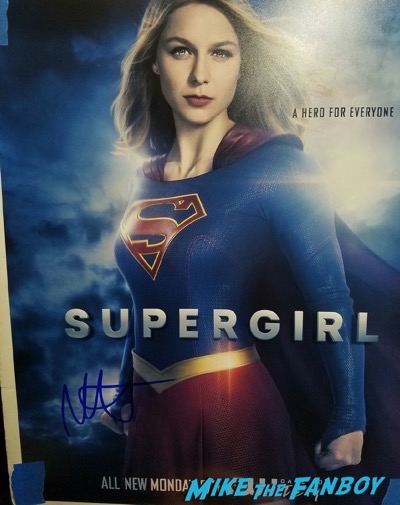 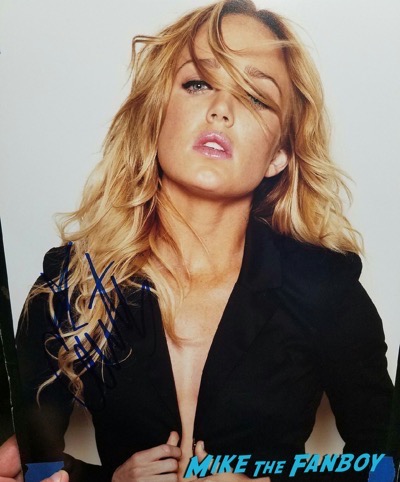 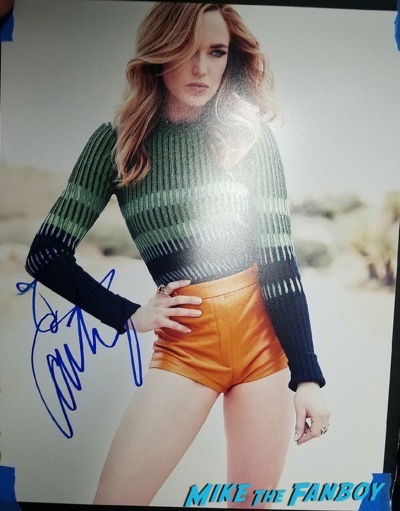 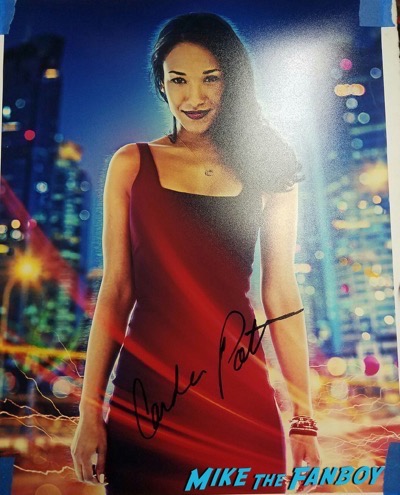