Hey kids! OTG John just sent in this great report from the Palm Springs Film Festival! I have always heard this was a decent event but the long drive always discouraged me from going. Plus this year, I have a fluffy friend staying with me so I couldn’t just leave him at home. LOL…

OTG gave us a nice recap of the event which was pretty much as I expected! Disses from Glenn Close, and Charlize Theron, signing from Brad and Angie, although it looks like both Brad and Angie are getting pickier and pickier. I’ve heard this as of late actually.

Check the full recap after the jump!!

Hiya readers! OTG John here with a report on this years Palm Springs Film Festival Awards Gala. This awards show happens yearly and is part of the Palm Springs Film Festival. I like attending this event because Palm Springs is so far that many of the LA/Hollywood dealers/collectors/and riff raff tend to stay away. Therefore, the atmosphere and the crowd are more laid back and I can actually enjoy watching the event. Last year the celeb guest list wan’t the best but this year’s list was pretty good. So I decided to make the trip.

I arrived at the PS Convention Center at around 11am and as expected most of the front row was taken in the barricade. However, someone was saving spots for me and a friend, directly across from where the limo’s were going to drop off. Looking over the festival program I noticed that George Clooney was doing a Q@A after a screening of Ides of March at Noon. So since I had time before arrivals were due at 4:30 ( wish the premiere’s out here started at 4:30! ) I decided to try for George and to maybe get him out of the way. Didn’t happen. They snuck him in the back and he didn’t roll down for only the four people that waited. 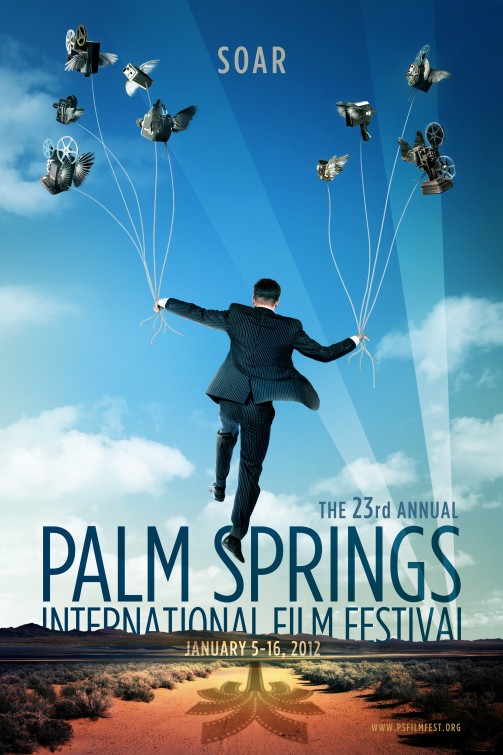 Anyway, got back to the barricade and waited it out till the first arrival. First to arrive was Octavia Spencer, Golden Globe best supporting actress nominee for The Help. Being the nice person that she is, she came right over to the barricade signed autographs and did photo opps. Also from the Help director Tate Taylor and Jessica Chastain also showed up and mingled with the fans. 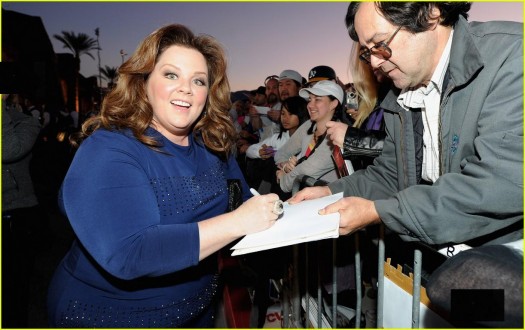 Next to arrive was Mike and Molly and Bridesmaids star Melissa McCarthy who was her usual friendly self. Then George Clooney arrived, who was his usual charming self, going up and down the entire line and conversing with the fans. 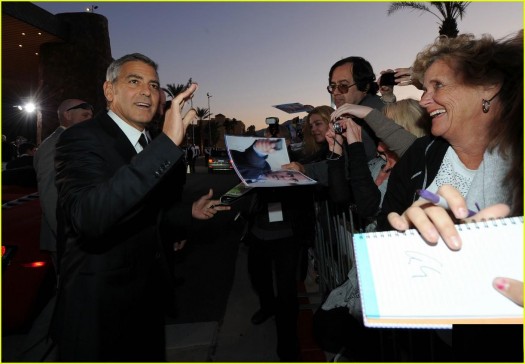 Other early arrivals were the rest of cast from Descendants, including Matthew Lilliard, Robert Forester, Judy Greer and Shaliene Woodley ( who actually signed autographs! ).

Yes, one of my worst signers of 2011 was signing autographs at the gala! Unfortunately, she did not sign in my area. Shoot!. Then Charlize Theron and Glenn Close arrived. As I expected neither came over and just simply waved to the crowd before stepping onto the carpet. 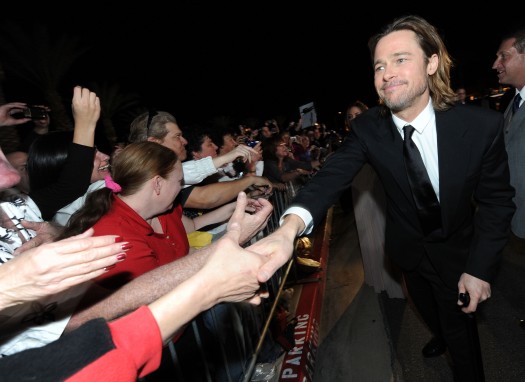 Then a familiar black suv drove up. Yes, Brad and Angelina have arrived! As always, though not as bad as LA/Hollywood, pandemonium erupted! As usual they came right over and started to interact with the fans. Though they did sign some autograph neither of them racked. They were both very picky on what and when to sign. 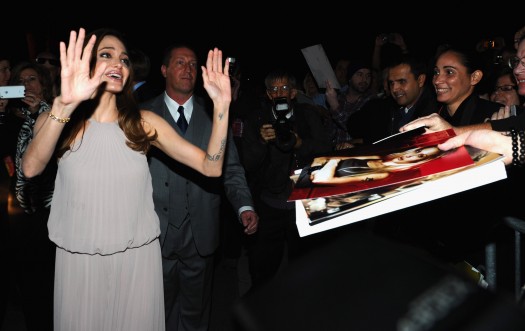 Even skipping entire sections of the barricade. They avoided the section where all the main group of dealers and collectors ( one annoying dealer who we all know was in that group. That’s probably why Brad and Angie skipped over them. ) were. Fortunately I chose not to be mixed in with them and I chose to stand somewhere else. I got a lot more signed doing it that way.

Last to arrive were Gary Oldman and Michelle Williams. Both also came over and signed.

All and all a long BUT good night of graphing. Hope next years guest list is just as good.
Oh…..a footnote. Someone actually had a heart attack and latter died after meeting Brad and Angelina! How crazy is that!

Until next time readers OTG John signing off! 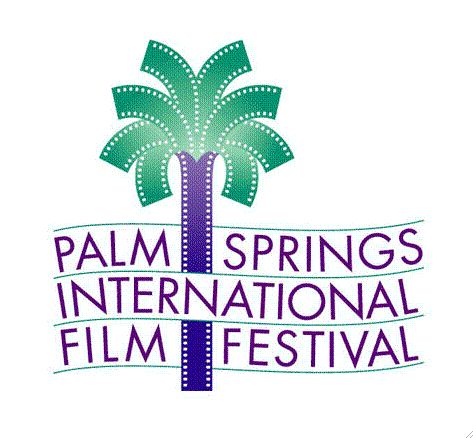