Home / Billy Beer's Barstool • Fanboying! / Billy Heads To Paris! Paris Hilton That Is! He Meets The Diva And Joins The Bling Ring! Autographs! And More!

Billy Beer loves his divas, and when he heard that the biggest diva of them all was heading out to do a little promo work, he had to be there!

Ms. Paris Hilton was out promoting her perfume, jewelry line, new album etc… and Billy was like… “I have to go!” He ran down to meet the Bling Ringer herself!

Welcome back to Billy Beer’s Barstool. Today we are up early to see  Ms. DJ Paris Hilton. She is out promoting a new album (I’ve been told  by a little birdie that Scotty LOVED her last album!) She’s also promoting a cause that I can’t remember, but it requires wearing a color that ends in urple. What is light urple? Who is Jaleel White. I believe you’re thinking of Urkel. Gosh I love old school SNL skits.

Here comes Paris with the security guards. This girl has her walk down! I have never seen her walk normal. 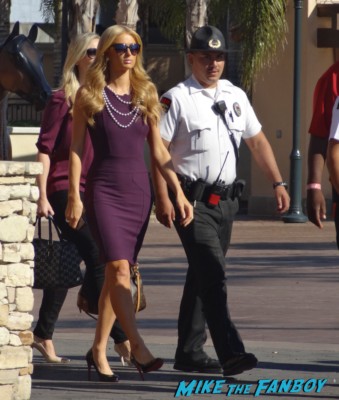 It’s always some sort of strut for the cameras. She get’s all dolled up, and the interview begins. They talk a lot about the new album coming out. Surprisingly, she has a lot of big name producers and rappers working with her. Then  she talks a little bit about the DJ’n she been doing. Mostly overseas, but she has done a couple of US gigs, and of course they were self proclaimed AMAZING!
  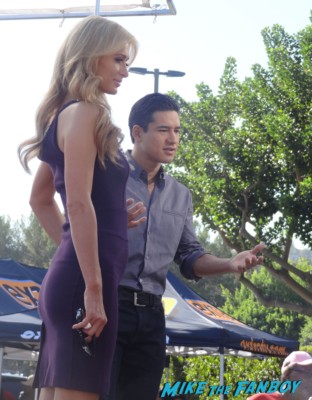 When she’s done with the interview, I reach my pen out to her to sign a picture and she does it. She signed a few more things and took a few pictures with her fans. I have to give her credit, the times I’ve met her, she’s usually good to her fans. 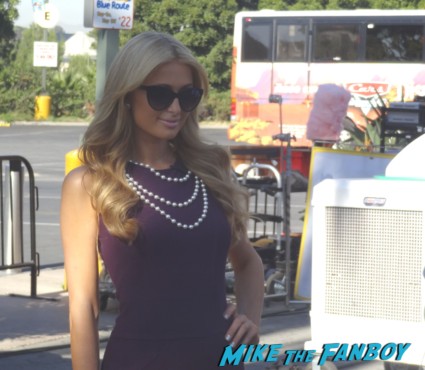 I half heartedly try to get a
picture with her, but she was already past me, and was making her way to the cameras. When she got to the end, she had a pose-off with herself and then went into her SUV. Well, It’s still early but I’m
sure it’s happy hour somewhere!