Paul is a huge fan of the heiress and headed out to meet her and her little dog too! Sorry, had to be said.

Check out Paul’s excellent recap below!

After last week’s cancellation from her scheduled appearance, Paris Hilton had some explaining to do (I guess she was in Korea double booked), so I went to try and meet her when she filmed a recent talk show appearance.

I arrived around 1pm (which is an appropriate time for a 3pm taping) and noticed I was the only grapher there. During the two hour wait, I got to watch Mario Lopez change shirts four times, take multiple selfies while onstage with the crowd of 30-50 people behind him, and then finally have a tourist throw their iPhone to him from the crowd instead of walking down a small flight of stairs. 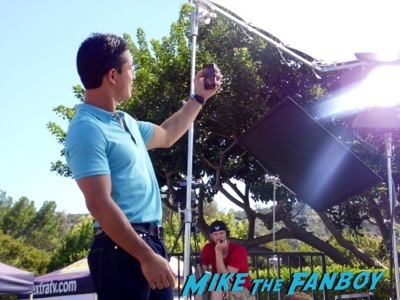 As it got closer to filming, a few other non-regular graphers showed up (one even had an original Vote or Die campaign poster from 2004). I had my Simple Life DVD and a promotional photo from her early modeling days.

Finally, Paris arrives with a dog in hand and was playful with the paparazzi as she was getting her make-up touched up. She then proceeded to the stage to talk to Mario about her new single and DJ’ing gigs in Europe. 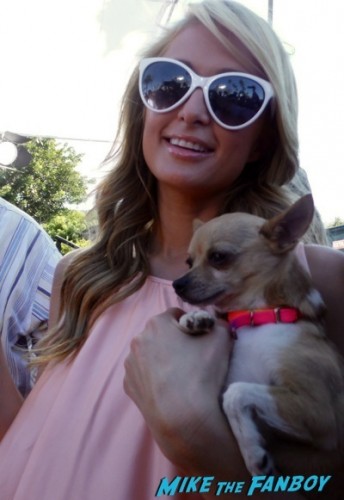 She was fun, witty, and very charming. I thought the lack of graphers was kind of strange, but maybe they’d already headed over to Comic-Con? When she was done filming she picked up a fat black sharpie and started signing while holding Peter Pan (her dog). 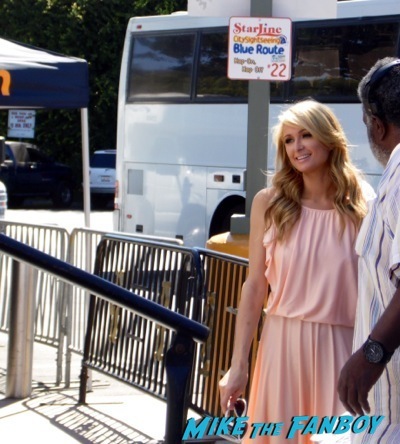 She took pictures with fans and signed everything they had. 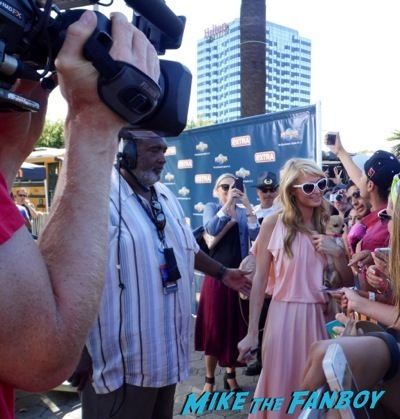 Unfortunately, I was in a last minute tight squeeze, so I couldn’t get a pic with her, but she posed for me and signed my stuff. Just a reminder of why I love Paris.