One of the best things about the 1990s is the television and one of the shows that I used to watch all the time was Parker Lewis. Pinky was an even bigger fan of the series than I am and even met Corin Nemec who played the title character.

Now, she added another member of the cast to her list, Mr. Billy Jayne! Billy also was on one of Pinky’s favorite shows, Silver Spoons!

Hello, my lovelies. Pinky Lovejoy-Coogan here thrilled to bits to have met yet another cast member from my beloved TV series “Parker Lewis Can’t Lose.” 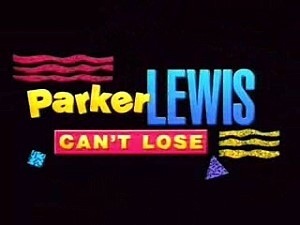 Longtime readers might recall the time I met Corin Nemec (Parker Lewis himself!) a few years back, but now I’ve met my second cast member, Billy Jayne, and I’m stoked! 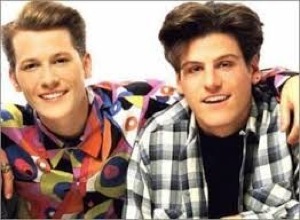 Back in the day, Billy also went by the name Billy Jacoby, but his real name is Billy Jayne. Billy played Corin’s best friend on the show 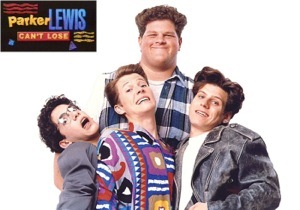 and, as an added bonus, guest starred on my other favorite show, “Silver Spoons,” with my husband-to-be, Keith Coogan. Keith was great enough to make some screen shots from their episode for your viewing pleasure. How cute were the boys?!?! Love those jackets! 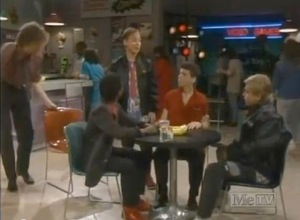 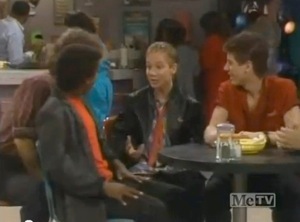 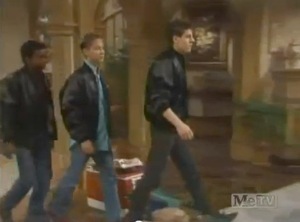 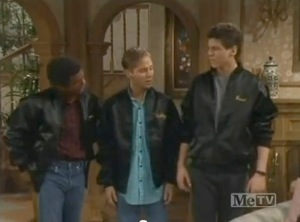 It was at an event last week that I started hearing rumblings about Billy Jayne’s band performing in LA this week (thanks DVD Dave). As Keith thought it’d be fun to see Billy (since they not only did “Silver Spoons” together, they also did an after-school special and a McDonald’s commercial together), we decided to head over to the show.

I brought along my “Parker Lewis Can’t Lose” DVDs (since I own the entire series, thankyouverymuch) and was excited to see the guy who graced my TV screen for so long. 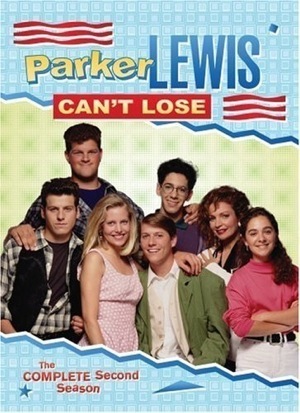 Before we knew it, we saw Billy walking towards us – he was about half a block away and I said to Keith, “I think that’s his swagger.” How did I know how he walked after so long? It must be a gift (ha!). Sure enough, it was him! As he got closer to us, he recognized Keith and said, “What’s up, Coogan?” After briefly catching up, we had our own little photo session (with three different pictures since I wasn’t sure about the first one and I thought he looked mean in the second one – I know, I know, I’m much too picky!). 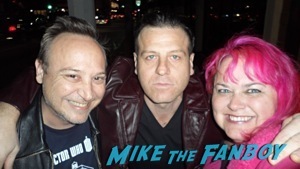 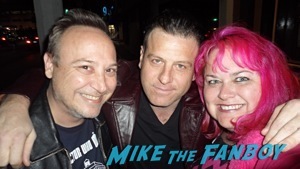 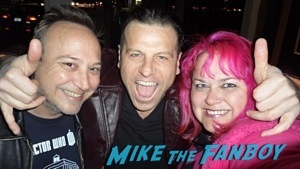 Billy was awesome and he LOVED seeing my DVDs! It was so much fun to see him and we even got to meet his son (who’s probably the age Billy was when he was on the show!). Such a great time. I can’t believe he’s got a son that old! He must’ve had him when he was 12.