I had such a blast at this event. I love Mark Wahlberg, such a nice guy. With Mile 22 opening soon, I thought this would be a great throwback thursday.

I love the Fighter glove I got signed! It’s on my shelf with the matching glove signed by Christian Bale.

One of my favorite films this year was Patriot’s Day. The film about the Boston Marathon bombing was so powerful and so intense, I was immediately blown away. It also featured some of the best acting in Mark Wahlberg’s career.

Recently, I was invited to a screening of the film and q and a with the producers, director Peter Berg and star and producer Mark Wahlberg.

The q and a was really good with talk turning to the challenges of making the intense film.

“I couldn’t get more than a few feet while filming before someone grabbed me and made sure I got this right.” Said Mark Wahlberg, “There’s obviously a burden there, a responsibility and I carried that with pride.” 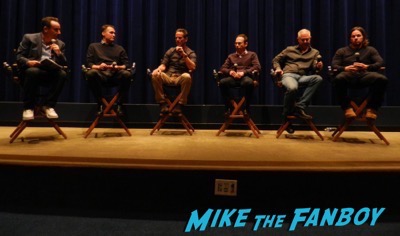 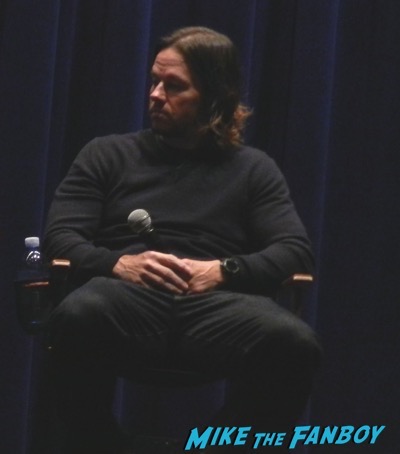 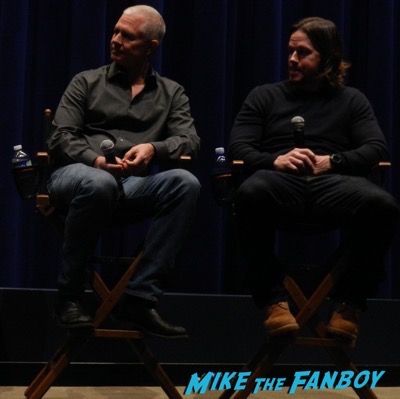 “As a father and someone who was in NY on 911, I witnessed some horrific moments and it’s clear. This film spoke to something we’re living in now, this new normal. It’s not shocking to turn on your computer that someone has done something horrific.” Peter Berg said, “As someone who works in this business, I was trying to make some sense, some narrative that was permissive to let an audience walk out of a theater and talk about it.”

“This is something we live and talk about every day, we stayed at the same hotel, talked about it at work, at dinner, at the hotel and that was very different than the other experiences that Peter Berg and I had.” Mark Wahlberg went on to say, “Everybody knows somebody who was affected by it directly, it was hard for me personally.” 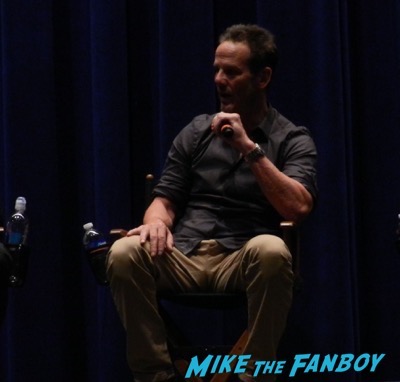 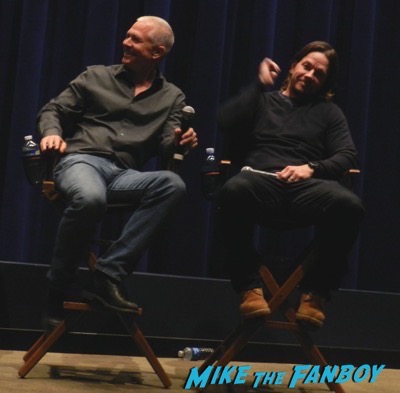 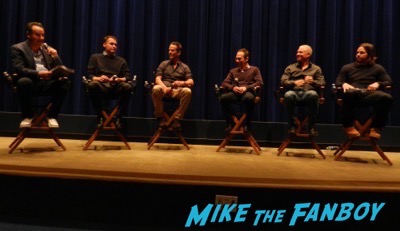 It’s such a powerful film, and one I highly recommend.

“This is real, you see the very best of humanity. You realize we are all pretty good people. If you are hurt, I will help you, I don’t care what religion you are, what political party, I care about you as a human.” Said Peter Berg, “I would like to think that you would do that same for me. It’s what we saw in Boston.” 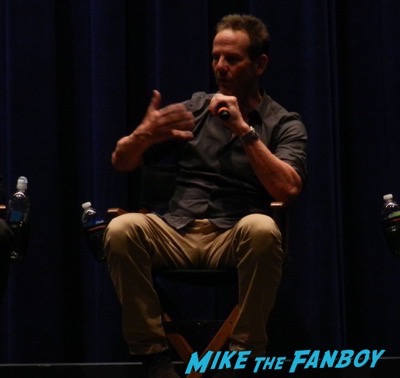 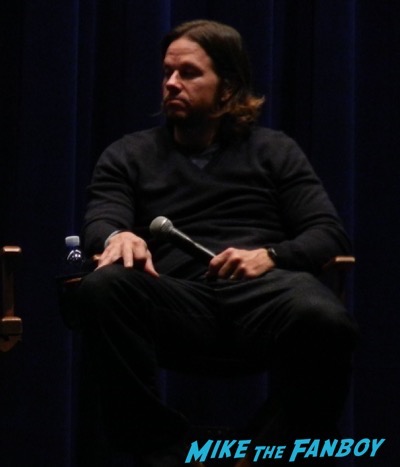 “These things continue to happen, we come together and we stand.” Said Mark Wahlberg, “I’m a devout Catholic and I’m open to forgiving but we also have to fight and do everything we can.”

After the panel I was able to talk to Mark Wahlberg for a hot second.

He was very cordial and signed my Fighter promo glove for me in gold. It looks pretty epic. 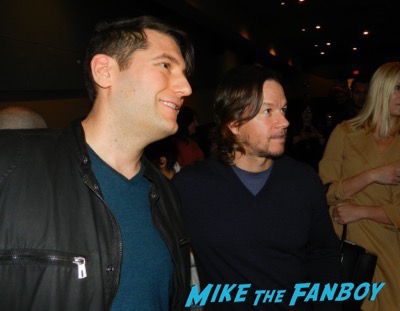 Then thanks to my other friend Mike I was able to get a quick photo with Mark as well as my Patriot’s Day mini poster signed as well. 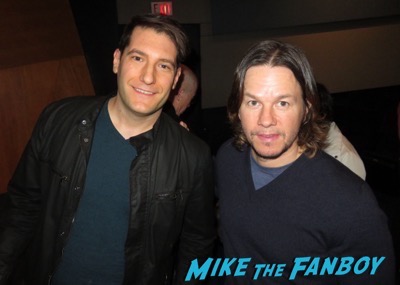 In the lobby, I met with Peter Berg for a quick second and got a photo with him as well. 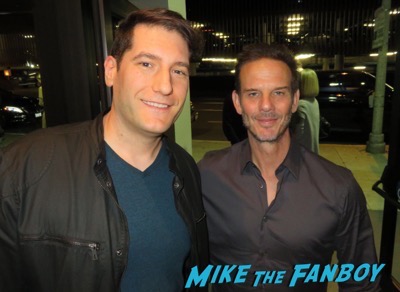 It was an awesome evening and I’m so glad I was able to see the film in this setting. 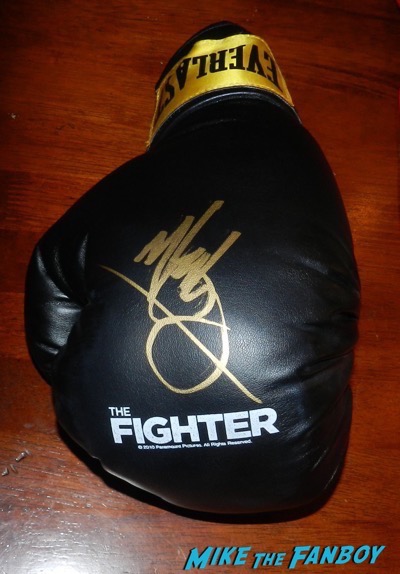 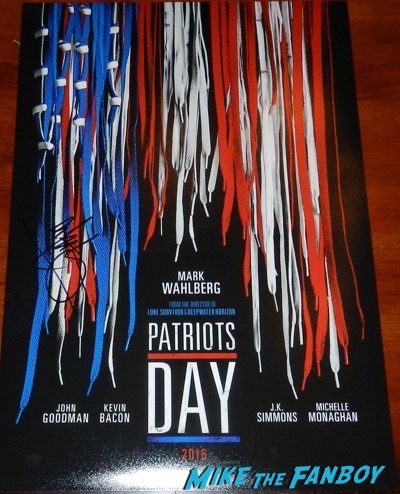 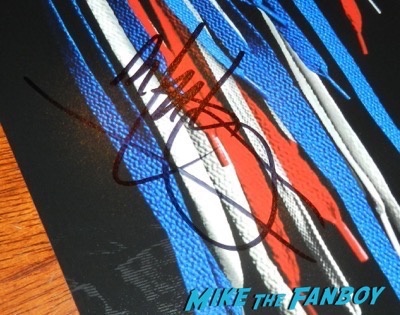