MTF Reader and contributor, Paul was out and about on the streets of Hollywood. He headed out to Paul Mazursky’s walk of fame star ceremony and was able to meet the famed director and none other than Mel Brooks himself.

Alright Friday the 13th and I am beyond exhausted from a night of being a krampus during art walk and then pulling a full night at work, but now is the Paul Mazursky star ceremony. I was tempted to stay in bed after 2 hours of sleep but somehow I found myself outside starworld and Musso and franks around 10 am getting ready for an iconic ceremony with spaceballs and Blume in love press photos in hand for Mel Brooks.

Luckily I had a few friends already there and a very small group less than 10! Wow a great spot and stimulating chatter to keep me awake. So Paul Mazursky arrives 10 minutes early and comes martini in hand and being pushed around in a wheelchair which I found quite funny! Mind you he is 83 and proves age is a state of mind and by this time there is a crowd of 70-100 people most don’t know about him 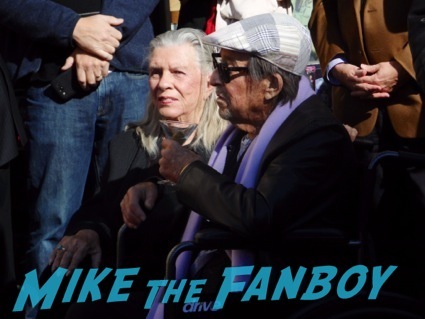 then Mel Brooks shows up and starts signing for the 10 graphers awaiting him. I walk over and he leaves by the time I get there bah!

Then I return to my spot where Jeff Kanoe is the first speaker now when he takes the stage we start chanting “nerd,nerd,nerd” FYI he directed revenge of the nerds which is just awesome.

He was quite funny during the speech then Mel gets on and starts his great speech about gay love and free lunch and was quite classic. 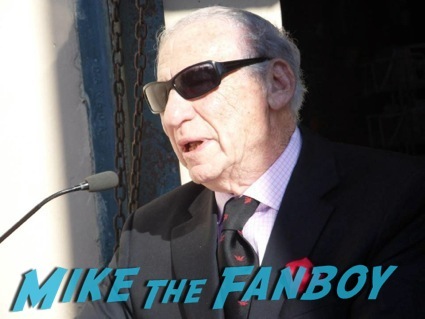 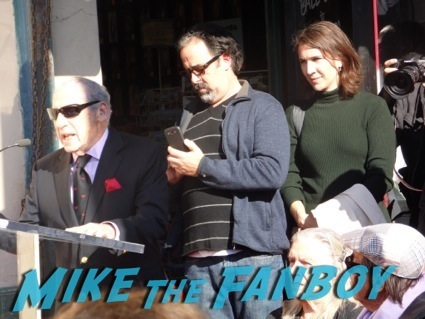 Finally Paul speaks and is a quite hilarious and doesn’t censor himself al all, in fact he made Ana the producer blush and quite flustered with his “salty language” 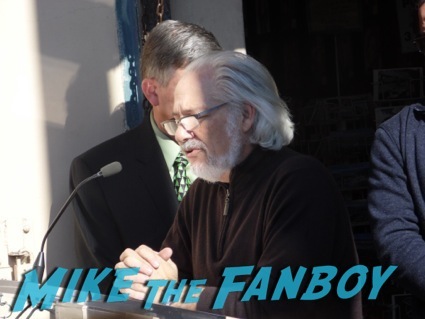 then the star is unveiled and suddenly Richard Dreyfus appears out of nowhere with Jeff garlin! 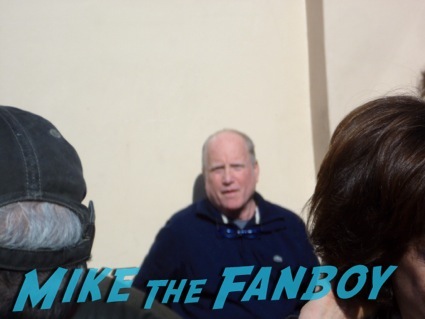 Wow at that time I discover Mel is trying to slip away to Musso and franks I walk over and show Mel my photo and he signals me to come over discretely and he signs it and I then proceed to ask him for a photo his reply was “make it quick” at that time I got I got sidelined by a dealer who was overly aggressive but Mel kept his cool and waiting for me after she made a scene. 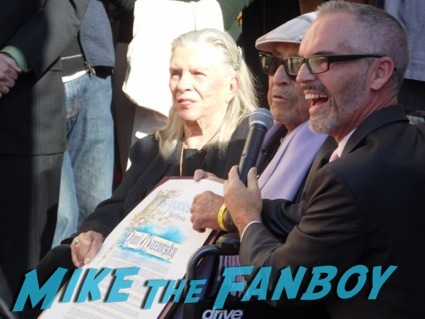 I would have loved to have had a conversation with him but some people can’t behave themselves, I then proceed to get my bag off the barricade where Jeff Kanoe is chatting with my pal and I join the conversation and get my Blume in love photo signed (he is uncredited) I then proceed to try and go home and get some sleep. On the way I run into Chris “superman” Dennis and told him what he missed it’s always fun to make people jealous. Anyways have a safe holiday season everyone