There are few bands with the kind of rabid fan base that KISS has. Their fans are passionate, full of energy and love the band. Paul headed out to the Paul Stanley book signing or as Paul calls him, The legend Star Child Paul Stanley.

Paul was able to meet Paul Stanley at his recent book signing and even got a photo with him as well!

The kiss army is alive and well!

Wow today is historical to say the least, now kiss has always been a part of my life and I’ve been to shows, etc…

I met ace this year when he signed his book at Monsterpalooza but today belonged to the Star Child himself Paul Stanley! I knew it was gonna be insane so I woke up at 4 am to get to the grove at 5:30 a.m.

I arrived, got my Starbucks and started reading… Then was introduced to 3 fellow fans and then at about 7:30 we we moved to the outside of the grove on the curb so the shops can open. Luckily, I was first in line by then… there were about 40 of us and two old scrubby women in power chairs decided to park right in front and chain smoke and blast 80’s kiss, sigh. Which, BTW was as ass cheesy as it was annoying to me because I was trying to read Paul’s book. 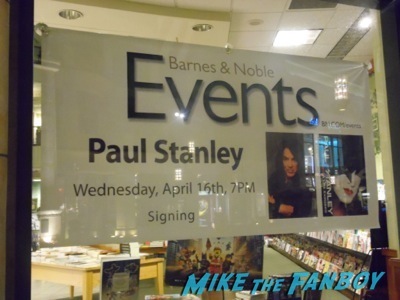 So 9 a.m. rolls around and I am 3rd in line after the power twins cut in front of everyone whatever… so I head home and get some good news involving my work situation and I then leave around 5pm to get in line, grateful to find friendly faces from early in the day and my wristband is A! 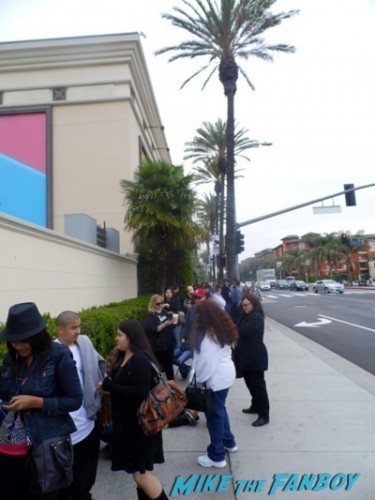 I discover that the line actually wrapped to about +400 people so glad I showed up early! We were waiting and chatted about random stuff like morrissey, green day and figuring out photo arrangements… 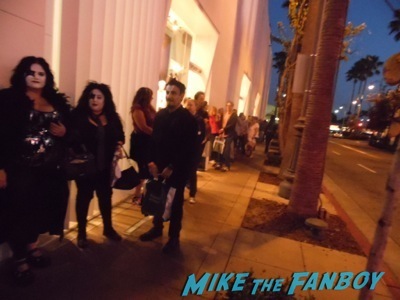 now pay attention b&n employees, Paul Stanley was super cool and had his publicist take our phones and cameras and take posed pics with the rock god! 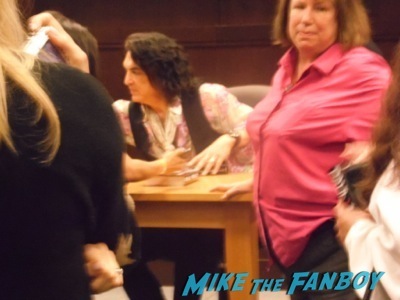 It was kinda rushed but I did get to ask him a quick question. I asked him “what was it like working with kim fowley” his response “hmm great he’s a genius” I still need to contact kim and let him know what Paul said.

I then left with my new buddies and we compared photos and went our separate ways. Upon departure I complemented a few people who dressed up and discovered the line went to letter m so glad I got there early! 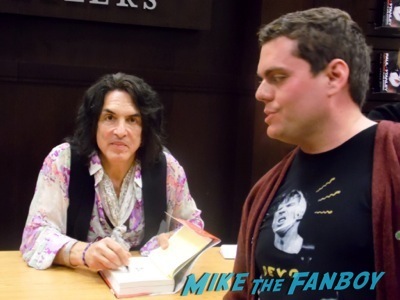