Penny Dreadful is burning up the airwaves and Anushika (fresh from her latest vacation) has an awesome recap from the season two episode Memento Mori!

Each episode of the series gets better and better and this is no exception!

Check out Anushika’s recap and review below!

The episode begins with an unnerving image of Lilly lying on the cold dead body of the man she killed the previous night. From one lifeless being to the other, maybe this is the only way she could feel a true connection, with another being. 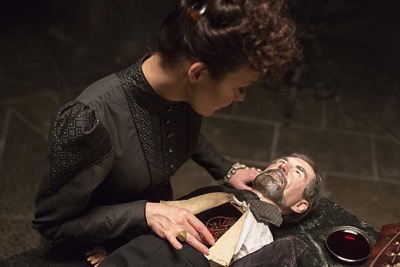 Meanwhile, Dr. Frankenstein is passed out after his own version of a “good time”. He gets an unpleasant visit from John Claire, who wakes him up with a nice morning bath. John is beyond furious about Lilly going out with another man and demands an explanation from Victor as he sees Lilly as his property.

Inspector Bartholomew continues his investigation and come across new found information that steer them towards Sir Malcolm. He is getting closer every week, but this might be a curveball that may require both hands. This could lead to something bigger than what he might be able to handle. 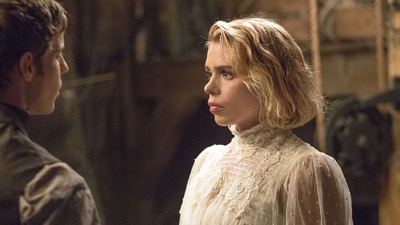 Ferdinand and Madame Kali have a “heart to heart” to about vanity and youth. We finally get an idea about the price for his loyalty. He is definitely playing both fields. Even though he is under Madame Kali’s prickly finger, he goes the distance to save the crew since he actually cares for them. She gets a taste of him before he takes his exit. Hecate gets a hold of Ferdinand just as he was leaving. She is plotting her own plan to outshine her mother and please the master. This can’t possibly end well. 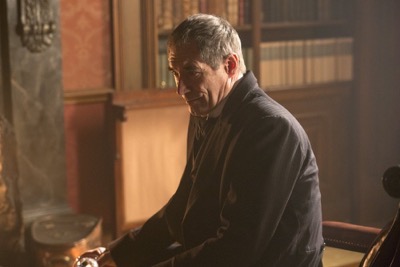 Sir Malcolm goes through family photos. A family that has been taken away from him too soon with just an echo of what it used to be left behind. He is surprised with a visit from Inspector Bartholomew. The Inspector inquires about his visit to Scotland Yard. It’s safe to assume his interest peeked once he heard these words spoken by Sir Malcolm back then, “Stop hunting for a man. Start hunting for a beast.” The Inspector resurfaces Mina’s incident. Not thrilled with the gaps in the story, he pushes Sir Malcolm into a corner. His attempts fail as Sir Malcolm holds his ground and gives him absolutely nothing from his end even when the Inspector inquired about Ethan Chandler. 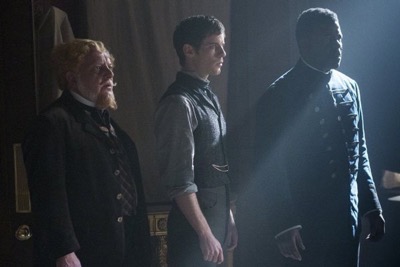 Meanwhile Lilly finally gets back home from her date night with a quite cheery attitude. She explains how she ended up taking a walk and falling asleep on a park bench. Panic stricken Victor has a hard time making sense out of all it, but Lilly’s nonchalant manner makes her story unbelievably convincing. Victor tries to sway Lilly to get away from London for a “holiday”, but she refuses to leave since she is barely getting the hang of London. In reality, Victor just wants to get her away from John and Dorian, but little did he know that she is the monster who poses a threat to everyone else around him. 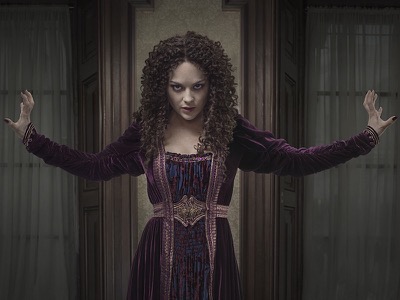 Victor Frankenstein seeks help from Sir Malcolm for his addiction. Both men are struggling with their own demons. Victor is still getting use to falling in love with Lilly. It’s a puzzle none can truly solve. They see love as an unwanted creature possessing their true selves. It’s such a grim way to look at an emotion that’s usually celebrated.

Madame Kali strengthens her hold on Sir Malcolm’s heart. At least he is aware of his unfamiliar disposition now. He feels her pull back at the house. Everyone has gathered as Ferdinand has finally completed the infamous riddle. He reveals that Lucifer isn’t alone. He has a brother and they both pursue the perfect bride, aka Vanessa Ives to break away to conquer heaven. We find out how Ethan Chandler finally fit into this equation. He is the wolf, the guardian. The next second, Madame Kali takes complete hold of Sir Malcolm. Let’s just say that he throws a tantrum and gets a “time out” from Sembene as he throws Sir Malcolm into a dusty ballroom snapping, “Know who you are!”. To our surprise, it actually works. A blast from the past indeed. The ballroom fills up with ghostly figures from his past including his wife and kids. They bring him back breaking all bonds Madame Kali had on him. 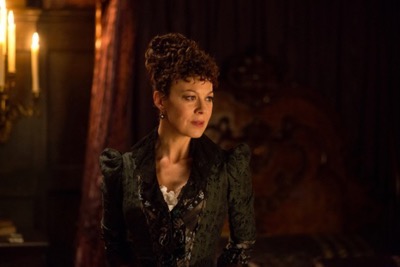 Hecate makes her move as Madame Kali isn’t feeling too peachy about losing her enchantment over Sir Malcolm. Unlike her daughter, Madame Kali remains calm and prepares herself for her next move. Hecate feels her mother’s wrath when she calls the one thing she hates the most, yup she calls her old.

Dorian Gray goes out with Lilly again leaving Angelique bored out of her mind at home. She notices a breeze coming through a crack from one of the painting and discovers a hidden hallway. What do we do with creepy hallways? We keep them locked and stay away, but no they always go in. Why??? Sir Malcolm goes on his own solo mission creeping through hallways. To cut things short, both Angelique and Sir Malcolm come across horrid creatures and end up unconscious on the floor. 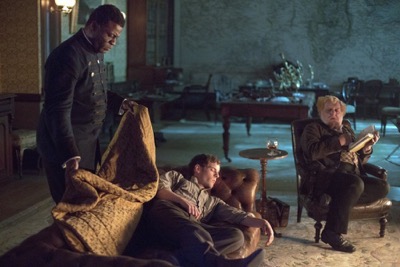 John confronts Lilly about her outings with Doran Gray. Even though John came out strong and aggressive in the beginning, the dynamic completely changed as soon as Lilly revealed her true self. She took a 180 and needless to say the power shift literally took a blow on John. She has all of them fooled and might just be the worst creation yet by Dr. Frankenstein. Quoting Taylor Swift, Lilly is definitely “a nightmare dressed like a daydream”. She is ready to wipe out mankind and take over the entire world. A world of the living dead. Yikes! 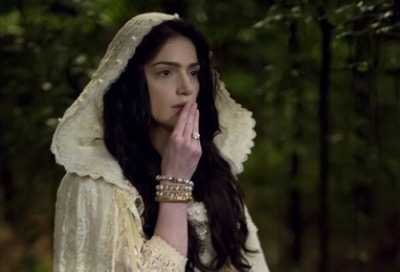 Madame Kali and Sir Malcolm finally have conversation airing the truth behind everything that transpired. Her attempt to convince him to join her miserably fails and it’s absolutely glorious! It’s awesome to have the old Sir Malcolm back. Furious about his resistance and unconditional love for Vanessa, Madame Kali leaves Sir Malcolm with his family. The episode ends with a rather “rotten” family reunion.

It was strange watching an entire episode without seeing Vanessa Ives, but I get a feeling she won’t be gone for too long. She’ll come back stronger and fiercer than ever. Until next week, watch your backs!