Game of Thrones came back. Orphan Black came back; and now, Penny Dreadful is back. I’m one happy kid. I didn’t realize how much I’ve missed Penny Dreadful until I heard the chilling opening score again this past Sunday. We left last season with everyone going on their separate ways, leaving Miss. Vanessa Ives behind in London. 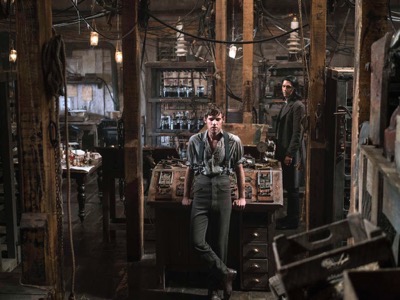 This season, we return to a somber house riddled with cobwebs and ghostly furniture. Just when we assume the house to be completely empty, we spot a trail of fresh footprints. We follow a trail of dirty cups and plates on the floor; and at the end, we find Vanessa’s almost lifeless body. It looks as if she has been going through the world’s worst hangover. She stumbles downstairs for her weekly carb load. 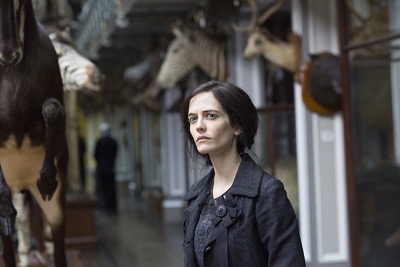 An urgent knock on the door startles Vanessa. Ferdinand insists on knocking on her door all day, leaving Vanessa no choice but to finally answer him. “I love what you’ve done with the place.” Instead of being terrified at the sight of the house, he does what Ferdinand does best; puts things “nicely”. He is terribly concerned about her health and most importantly, Vanessa’s state of mind. As he so delicately put, “Shall we not at least try to bring you back to the mammalian community.” Gosh I love this man so much. I would want him to give me the pep talk whenever I hit rock bottom. After sharing some of his own experiences with his “unique nature” and comparing himself to pudding, Ferdinand recommends her to a mental doctor; the woman who saved his life.

Across the pond, Ethan is getting escorted by Detective Bartholomew and the U.S. Marshalls. It doesn’t take too long to turn the train cart into a blood bath. As soon as Detective Bartholomew exits the cart to grab a cup of tea, Ethan gets busted out of the train. I guess he is going to see his dad after all.
Sir Malcolm is back in Africa, burying the remains of Sembene. It looks like trouble follows him everywhere he goes, but fortunately, he gets help from a new friend; a new friend who is seeking his help to rescue Ethan. The man claims that Ethan is “almost” his son. Not quite sure what that means, but I get the feeling we are about to find out soon. 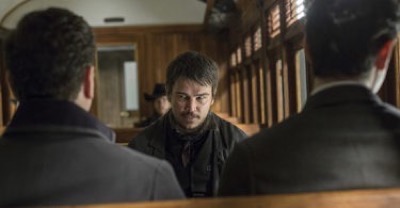 It seems like Malcolm and Ethan aren’t the only ones with surprises on their travel itinerary. John Clare’s voyage hasn’t been all smooth sailing. Well, it has stopped sailing all together. He and the crew are stuck in frozen water. After weeks of starvation, the crew contemplates on eating human flesh. One of the crew members actually attempts to eat a dying child. John stops him and ends up retrieving a bit of his old self back while comforting the sick child. He realizes that he has a family back in England and heads back home on foot. Oh yeah, John puts the child out of his pain before walking on water. 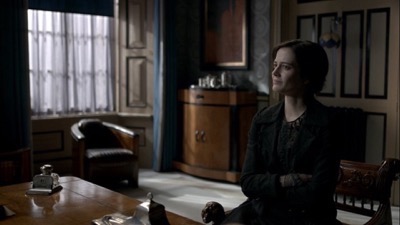 Vanessa finally gets out of the dingy house to pay a visit to the doctor. To her surprise, she is confronted with a familiar face; a face that brought her knowledge and comfort. Dr. Seward reads Vanessa like an open book. Each of them is fascinated by the other. Vanessa agrees to Dr. Seward’s conditions and takes up her first challenge. She bumps into some questionable characters and ends up visiting the Museum of Natural History. Vanessa instantly makes acquaintance with the Biologist who is in charge of the museum. Of course they bond over scorpions and forgotten creatures. For a girl who has been off her game, she still has it. Even at her lowest, Vanessa still manages to leave quite an impression on the opposite sex. 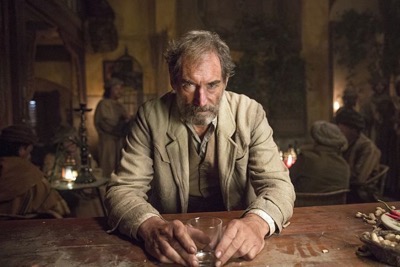 How can we ever forget about Victor Frankenstein? After getting his heart broken completely, he has gone into his own drug induced coma. However, he is ready to snap back and make things right with the laws of nature. In an effort to get the ball going, he has invited one of his dear old friends from school. Say hello to Dr. Jekyll people. Of course, these two would be best friends in college. Victor reveals his dreadful secrets about Lilly and employs Jekyll to murder his beloved creation; instead, knowing Victor’s love towards Lilly, Jekyll offers to “tame” her and cure her of her evilness. 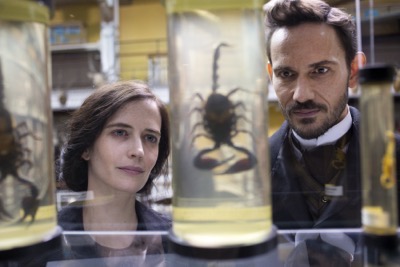 When you hit rock bottom, there’s nowhere to go but up; and that’s exactly what Vanessa has been doing. After having quite an eventful day, she comes back to the lifeless house. My OCD acts up every time I see her pile of mail and filled sinks. She starts taking off the covers and cleaning the whole house. Her old self resurfaced. Think it’s safe to say that this is the day Vanessa got her groove back. With every positive force, there’s one equally negative out there in the world. Just as Vanessa’s feeling hopeful, the terror builds back around her yet again.

Dr. Seward’s assistant goes for a joy ride in a shady alley and ends up getting much more than he expected. He meets the devil himself and gets turned into one of his minions to serve as a mole inside the doctor’s office in order to keep tabs on none other than Ms. Vanessa Ives. The episode ends with an introduction to another new major player; “My name is Dracula.” Parting words for an unnerving ending. 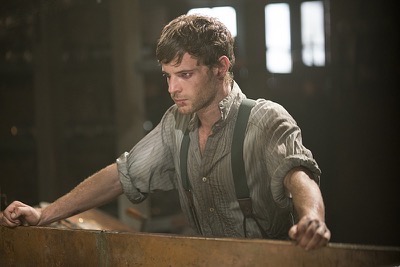 Will Sir Malcolm succeed in Ethan’s rescue? How close is Vanessa to danger? With none of her protectors in sight, will Dr. Seward be her anchor? Can Dr. Jekyll truly tame Lilly? Cheers to more pep talks from Ferdinand!

Until next week, Dreadful Dreaming!!!