Home / Fanboying! / Penguins Of Madagascar Blu-Ray Review! Does The Spin Off Movie Series Deliver The Laughs?

There’s something to the said for Dreamwork’s Madagascar franchise. It’s spun out so many characters and now the penguins have their own spin-off film. Like a can of pure liquid sugar, the Penguins are taking home video by storm and it’s a frantic, fun mix that the whole family will love. 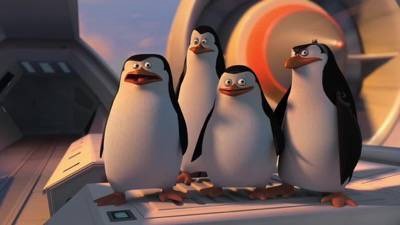 All the penguins are back! Skipper (Tom McGrath) Private (Christopher Knights), Kowalski (Chris Miller) and Rico (Conrad Vernon) are on a very important mission. They need to infiltrate Fort Knox which is home to a vending machine chock full of amazing Cheezy Dibbles. They are on their mission when they get trapped inside the machine and are taken to Venice. 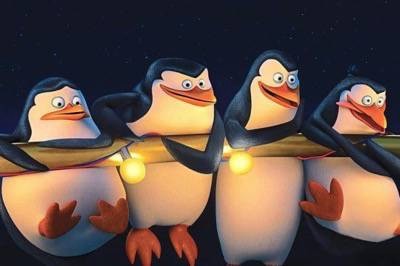 The Penguins are then in another sticky situation when they are taken prisoner by Dave (John Malkovich). Dave is a former zoo employee who whose only glory was overshadowed by, you guessed it… Penguins! Dave is heck bent on revenge and the Penguins must save the day.

With a little help from a secret organization called “North Wind,” which is a task force headed up by Classified (Benedict Cumberbatch), Short Fuse (Ken Joeng), Eva (Annet Mahendru) and Corporal (Peter Stormare), The Penguins rally to save the day. 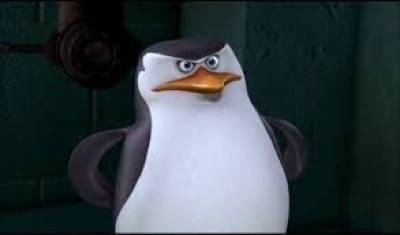 When you start watching a film like The Penguins of Madagascar, out now on blu-ray, there a certain expectation that that comes with it. high energy, great animated visuals and a fun voice cast. All three of those things are present here as well. The plot is pushed to the side in favor of site gags and jokes even the large kids in the audience will chuckle at. 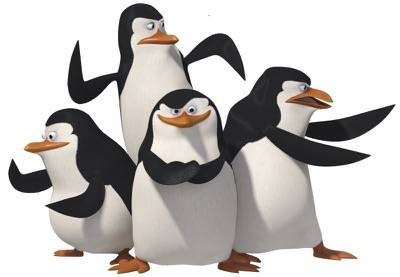 With a simple plot put in place the writers are able to cram as many fun asides and jokes into the 90 minute run time as possible. The Penguins travel the world, they get into trouble but all in all the film shockingly stays on track. It’s extremely funny and there’s never a dull moment. 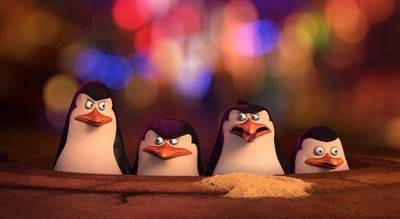 Younger viewers will love the zany antics and older viewers will appreciate the in jokes and tie-ins to the Penguins past. It’s a fully realized film and it looks stunning. The animators have done a fabulous job in bringing not just the Penguins fruit the entire world to life. The A-list vocal talent also helps in the quality department. Benedict Cumberbatch, Ken Joeng and the rest of the cast really help. 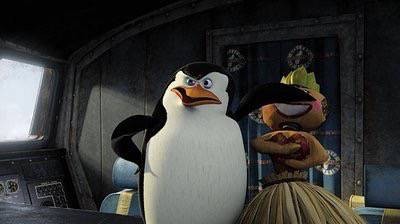 The Penguins of Madagascar arrives on Blu-ray in stunning high definition. I’ve said it before and I’ll say it again, but animation really shines on Blu-ray. It just looks spectacular. The quality is breathtaking, the colors pop and the rapid fire visuals just look phenomenal. The colors are rich and there is zero loss even in the high action sequences. 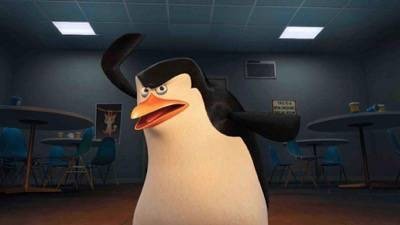 There is the Top Secret Guide to Becoming an Elite Agent, this is a featurette that so cute and fun. It’s what you need to be an agent. Also included are music videos for He is Dave, Celebrate, and the Flipper Slap Shake Waddle and Roll. 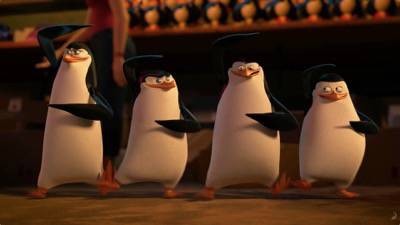 Do the Penguin shake with Twitch which is a fun dance routine made for the flick. There are mash ups, deleted scenes, a Cheezy Dibbles ad, sneak peaks and more. 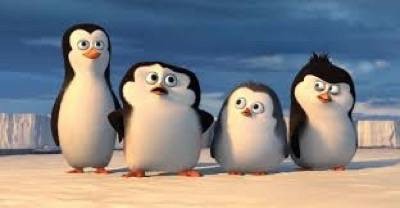 Overall, if you love animation, just stop and pick up Penguins of Madagascar. It’s one of the cutest films I’ve seen in a while. It’s not perfect but it’s a lot of fun and is great for all kids… Big and little!

Penguins of Madagascar is out now on blu-ray! 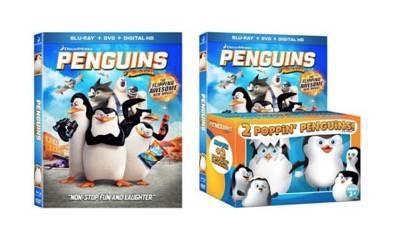