Based on the series of bestselling young adult novels by Rick Riorda, Percy Jackson is the latest to try and find box office success ala Harry Potter. While Percy Jackson, may not be in that league both in numbers and in source material, it certainly is a lot of fun, owing much of that excitement to star Logan Lehrman. 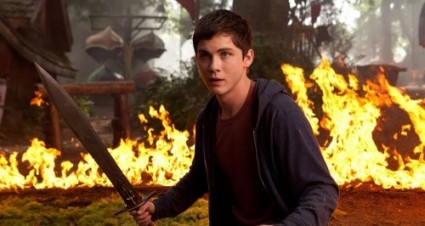 Percy Jackson (Logan Lehrman) is a descendant of Poseidon and as we saw in the first Percy Jackson adventure, he resides at a home of sorts for Olympians called Half-Blood Camp. It’s here where they are protected from the outside world and the prying eyes of us mortals.

In the newest Percy Jackson adventure, Percy Jackson: Sea Of Monsters, we open on a flashback to a young Luke, Annabeth and Grover, they along with another girl Thalia are running from a large beast. Thalia sacrifices herself to save her friends, her her father Zeus vowing this will never happen again allows a tree to grow from where she was killed and a force field is erected to protect Half-Blood Camp. 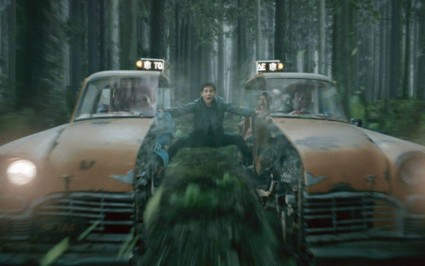 In the present day, Percy Jackson is fighting with his own inner demons of not feeling worthy and with the events of the first film lost in the minds of his camp mates he is lost. Percy’s friends Grover (Brandon T. Jackson) and Annabeth (Alexandra Daddario) are there to cheer him on, but it’s no use.

When a mythological steampunk bull attacks the camp and breaks through the force field the kids scramble to defeat it. It’s here where Logan is confronted by Luke (Jake Abel) who is still very much alive and still very pissed off by his last encounter with Percy. Luke escapes, however the tree that protects the camp is hurt and the force field is down.

Annabeth comes up with a plan to save the camp and the tree by finding the Golden Fleece, a blanket that will heal and bring to life anything it’s put on top of. It’s been lost for ages and to find it they will need a satyr which is where Grover comes in. For an extra wrinkle, Percy has just discovered that Poseidon has another son and hence he has a half brother who is now at the camp, a cyclops named Tyson (Douglas Smith). 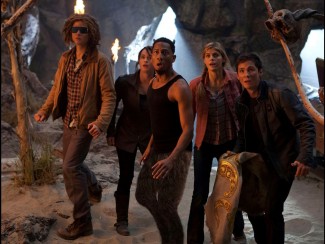 Assigned to find the Golden Fleece is Clarisse (Leven Rambin), who is the daughter or Ares, but Percy’s Scooby Gang sets out as well having more information that Clarisse. In the meantime, Percy grapples with a prophecy that says, he will either save the world or destroy it. Pretty heavy stuff for a kid to handle… Even one who is the son of an immortal. 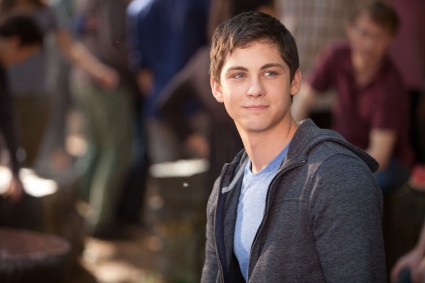 There are sword fights, a sea battle, and even a hell demon that can destroy the world if it weren’t for the valiant efforts of Percy Jackson. Like the best young adult fiction, Percy Jackson mirrors real life adolescent issues with supernatural components and it does them very well. Luke’s issues with his father, Logan’s searching for his place in the world, all are handled well.

The best thing that this Percy Jackson installment has going for it, are the actors involved. Logan Lehrman, so great in The Perks of Being a Wallflower is excellent as Percy Jackson. He’s relatable and sort of an everyday action hero. Alexandra Daddario as Annabeth has the right amount of spunk and Hermione Granger-isms thrown in to make her interesting without being cloying and Douglas Smith brings a real heart to his role as Tyson, even with his eyes being CG. It’s hard to act with half of your face being digital but he does a great job.

The action pieces move the film along nicely and while it’s not the caliber of the best young adult books turned into films, Percy Jackson has really found it’s groove. It’s silly fun and perfect for a younger audience that might not quite be ready for too much teen angst. 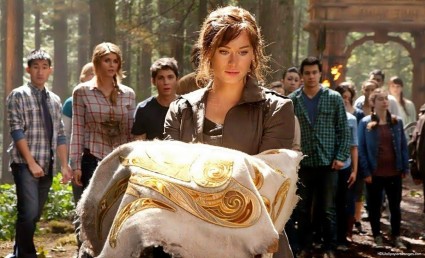 Blu-ray serves the picture quality nicely for Percy Jackson: Sea of Monsters, with several sequences looking remarkably brilliant. The animated prophecy flashback pops off the screen and the action sequence with the steam punk bull look fantastic. There are some scenes where the transfer appears to be a bit soft, but I think that’s a filmmaking choice and not a transfer issue. 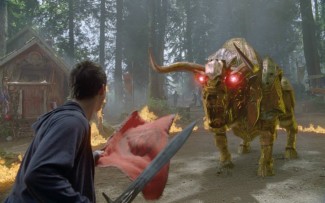 The special features are a bit light, which might not bode well for a third installment in the series, which would be a shame. There is Tyson Motion Comic, which features Percy Jackson’s cyclops brother, Back to Camp Half-Blood, which is fairly standard issue EPK interviews and some short behind the scenes footage, It’s All in the Eye, an impressive behind the scenes about how the cyclops effect was done and two theatrical trailers. 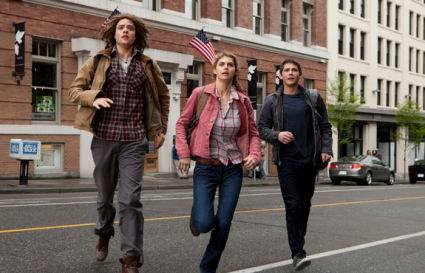 Overall, I really enjoyed this chapter in the Percy Jackson saga, it has good special effects, some great set pieces and it’s fun to see the heroes and legends of Greek Mythology played out in real world adventures. It’s perfect for young teens especially but parents will also enjoy this film which is rare. Here’s hoping that a third chapter will find it’s way to multiplexes!

Percy Jackson: Sea of Monsters is out now on Blu-ray! 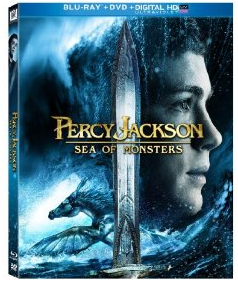