Home / Fanboying! • Q and A • The Lovely Erica / Perks Of Being A Wallflower Movie Review! Erica Meets Director Stephen Chbosky At a Preview Screening! Autographs! Photos!

Erica just got back from seeing a film I am super stoked for! Perks of Being a Wallflower! It stars Emma Watson and Logan Lerman and is based on the novel of the same name. This is one of Emma Watson’s first roles outside of the Potter-verse and judging from the clips I’ve seen it looks great!

The lovely Erica was fortunate to attended an advance screening of the film followed by a Q and A with director Stephen Chbosky.

Check out what Erica thought of the film and her meet and greet with Stephen Chbosky after the jump!

Welcome to the island of misfit toys!

Perks of Being a Wallflower is the film directed and scripted by Stephen Chbosky based on a book he wrote over 10 years ago. Since then he wrote the screenplay for the Rent movie (not exactly a great project) and created the short-lived, but much beloved show Jericho. So naturally this guy has a great coming of age
story, right?

Perks is a great story about Charlie’s awkward first year in high school. He befriends a couple of free-spirited kids and begins to find his place in the world. The high spirits and fun don’t fully mask the pain and tough past that these kids face. Think of Breakfast Club and Dead Poet’s Society where there is a dark side to the world. 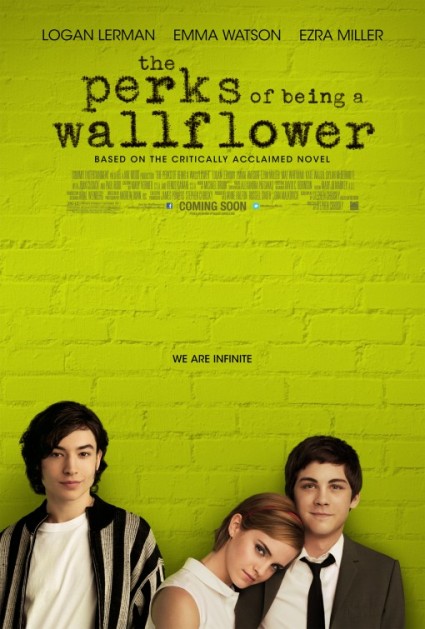 Judging by the audience, there is a huge, devoted following for the book. Stephen has adapted this film so that it retains the essence of the book, but it feels fresh and works well as a movie. It’s great to see an adaption which isn’t so slavishly faithful to the source material that it doesn’t take advantage of the medium (Cough! Watchman!)

He also has some terrific performances with Logan Lerman proving he is definitely more than just Percy Jackson. Logan’s Charlie is endearingly awkward and likeable and shows great range when we get to the end of the story. As Sam, Emma Watson is very different from Hermione as a girl with a reputation and a penchant for boys who are not good enough for her. Ezra Miller is all kinds of confidence and fun as Patrick – an actor to keep your eye on as his career evolves. 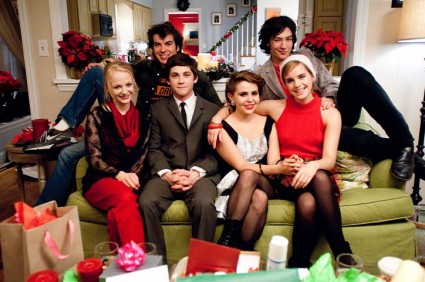 The cast is ably rounded out with a cast that includes Nina Dobrev, Dylan McDermott, Kate Walsh, Joan Cusack and Melanie Lynsky.

I was lucky enough to attend a screening and Q&A with writer/director/author Stephen Chbosky. Really the audience was filled with lots of thoughtful questions about the book since they were such great fans. One guy basically said “Goddamn! I just want to say that I cried reading the book and….Goddamn! (big sigh – wipes tear).”

For Stephen, the movie was like coming home since he filmed it in Pittsburg where he grew up. He even got his mom and dad briefly into the film – though his dad is only in it for 3 frames and is loudly complaining that he was cut. 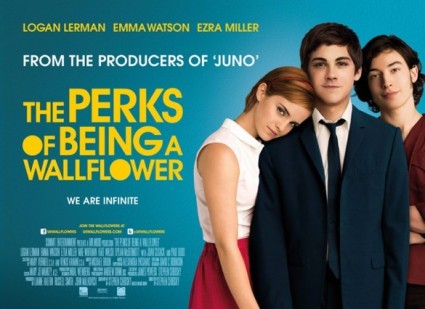 Stephen knew he wanted to cast Emma Watson once he saw her in Harry Potter and the Half-Blood Prince and the scene where Ron breaks her heart and Harry consoles her. Logan was the second person they saw for the role of Charlie and also the last.

Stephen plans on writing another novel which he hopes to turn into a film that he’ll script and direct one day. As he put it: “Writing is a very lonely job and directing will make you crazy” so he hopes to switch back and forth. 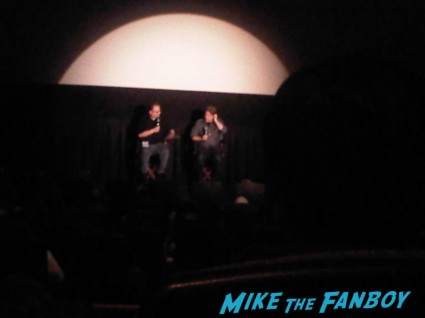 You know a director is really proud of his film when he stays to watch and really wants to commune with the fans. When they tried to end the Q&A, Stephen said he was willing to continue and would stay to sign books afterwards. Over half the theater got in line and he spent another hour signing and taking pictures for about 200 folks. Such a nice guy! 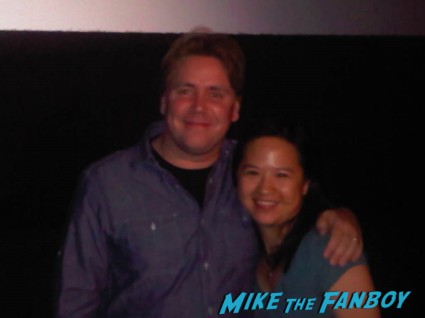 Perks of Being a Wallflower will make its premiere at the Toronto International Film Festival (TIFF) September 8th and will be released in the US on September 21st. A lovely little film, go see it! 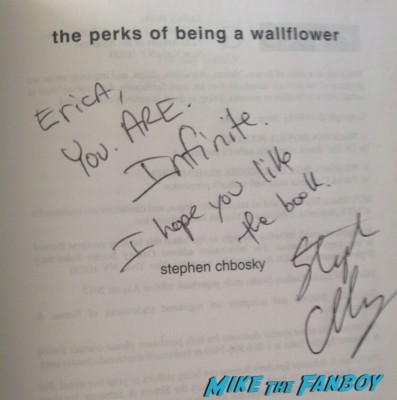