Anytime there’s a report submitted to the site that is dedicated to Theo, I have to give it special priority. I mean hello! He’s like the cutest thing on four legs!

OTG John headed out to the Pet Expo 2012 and while I’m a fan of celebrities in general I never thought of checking out some of the four legged variety. I didn’t even know about this expo! How cool is that!

Check out John’s report featuring the canine stars of The Artist, Beethoven and more!

OUR TWO AND FOUR LEGGED “ACTOR” FRIENDS: A REPORT ON PET EXPO 2012

First, I want to dedicate this article to MTFB official mascot Theo. He is so awesome!

Hi to all you readers of MTFB! OTG John here with yet another autographing post.

When we all collect the autographs we only tend to think about the “human” celebrities like Johnny Depp a Brad Pitt or a Tom Cruise. But least we forget about our two and four-legged animal friends who also are a  major force in the TV and Motion Picture field. Animal actors have been around as well since the beginning when movies first started. They even have their own version of the Academy Awards called the Genesis Awards. So they are a big deal.

This past April I attended a Pet Expo out here in Orange County and I must say I had a ball! My main “goal” was to meet and get a paw print on my Artist poster from Uggie the Jack Russell terrier. The event was for the entire weekend but I felt it was best to go on the first day, Friday, to avoid the crowds. First thing when the gates opened I went right to where Uggie was. I first did a photo opp. And it was a good thing I went early because of the low crowd I was actually able to hold Uggie in my arms for that “personal” photo opp. I heard later as the crowds got bigger that opps with Uggie were only by sitting next to him. Also because of the crowd situation there would be no paw prints. However Omar, Uggie’s trainer gave me his personal address so I could mail the poster to him so Uggie could “sign” it later. 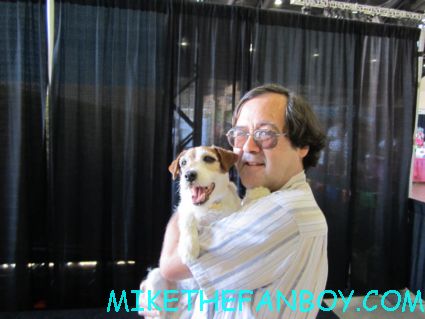 Other “celebs” that I saw were Chloe and Pappi from Beverly Hills Chihuahua, 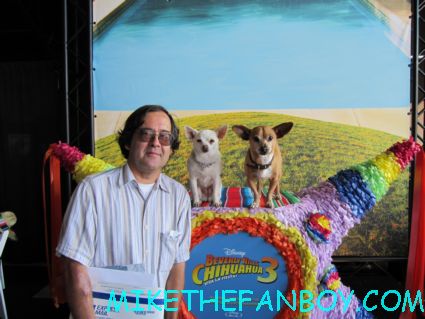 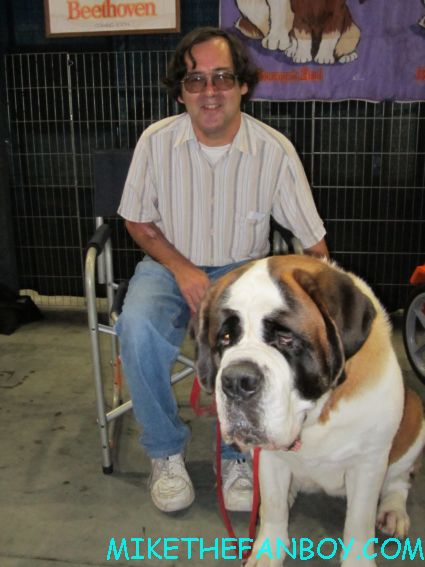 Yakult who plays Lambchop on Subergatory, Charlie the Cat from A.N.T. Farm, and another pleasant surprise…..Brigitte AKA Stella from the hit show Modern Family! 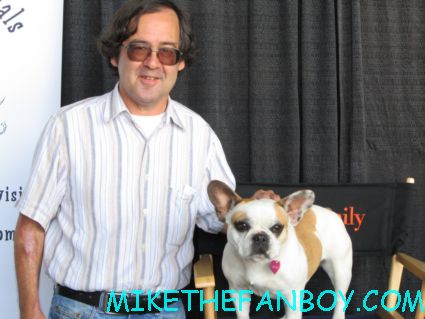 It was nice to meet all of them. BUT not only that but I really enjoyed spending the whole day looking not only at all the breeds of dogs and cats but I saw fish, birds, reptiles, horses, rodents, pigs………even an alligator and a tiger! Next time they have a pet expo I would recommend all you readers to check it out.

Until next time! OTG John signing off.