You say it’s your birthday! Happy Birthday to you!

Paul celebrated the latest day of his birth, not with cake, not with candles, but with the gift of music. He headed out to the Peter Murphy concert at the El Rey and had a blast! Even meeting the goth legend after the show where he said Happy Birthday to him live and in person!

You don’t get much better than that kids! Right?

On behalf of everyone at MTF! Happy Birthday Paul!

About a month before the show I found out Peter Murphy who is labeled the godfather of goth was doing a show at the Fonda Theater on my birthday. Now I’ve seen Bauhaus back in 2006 which was amazing!

I then purchased tickets online and later the venue was changed to the El Rey which is closer to my place so made it even better. Ok flash forward to July 3rd… after greeting the crowd waiting for Jessica alba (not a fan) I preceded to the venue with press photo and camera in tow. 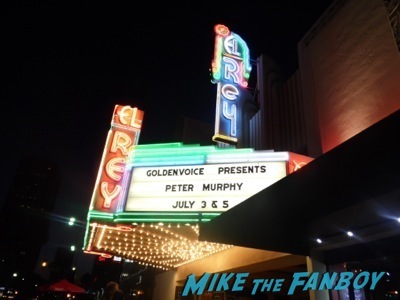 Now I’m a casual fan of his solo work but I do enjoy Dalis car and of course Bauhaus. I arrive and chat with a fellow fan about the state of the world and t-shirt designs. Now the opening band is named Ringo Death Star and they hail from Austin Texas. They were ok… a bit too vanilla for my taste (mind you I was still revving from two nights of Devo-lution) then the man came out and killed his entire set! 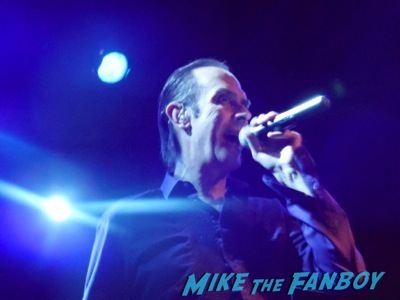 Voice was perfect! He looks his age but still is the same peter murphy I grew up listening to! 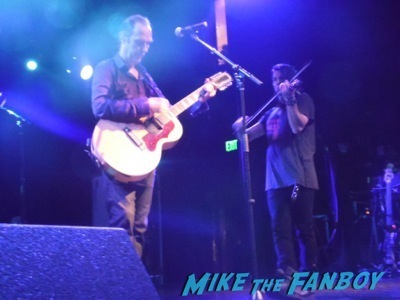 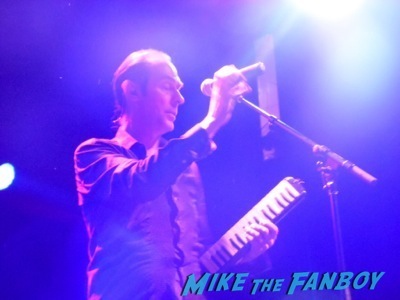 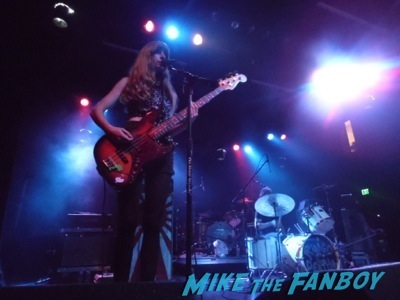 After the show I ran into a fellow grapher who shall remain nameless and we waited for him to come out… only two graphers I guess twilight isn’t so popular anymore.

Ok so Peter leaves with his wife and I immediately ask him to sign which he does and I told him my brief review of the show and how it was my birthday and he responds by saying “happy birthday” in the Peter Murphy voice which was pretty spectacular in it’s self btw thanks everyone for the messages that day!!