I think Scotty, “Pulled a Pinky!” This past week, Scotty headed out to meet Pharrell Williams and Scotty is a huge fan. I’ll let Scotty recall the moment but let’s just say… There was rapping involved… and it wasn’t by Pharrell.

I have to tell you, I’m really glad that Pharrell Williams has been so nice to his fans, you just never know sometimes and it’s awesome to see people who still care about the people who support him!

Check out Scotty’s… Super Short… Monday… after the jump!

Today I will be recounting my meeting with Pharrell Williams. Pharrell was making a talk show appearance and I was not going to miss the opportunity to meet him. Pharrell is an artist of incomparable talent whether it is with his own track or someone else’s that he is producing. I went with a photo and my Gwen Stefani promo for “Yummy,” which he helped produce. He also rapped on the track.

When he first came over to meet fans, he took photos and signed autographs. 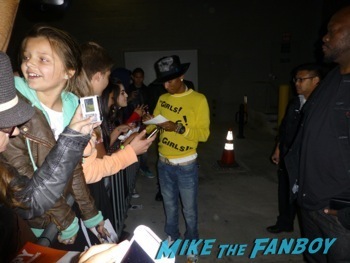 Unfortunately, someone handed him a ballpoint pen. Ugh! 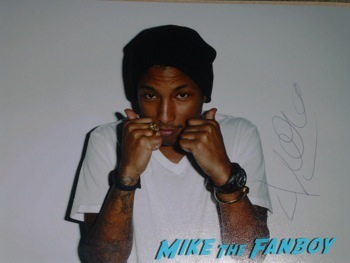 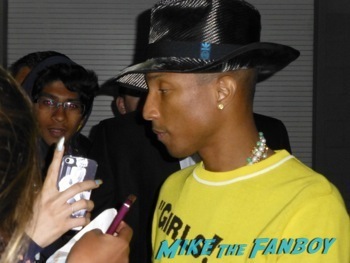 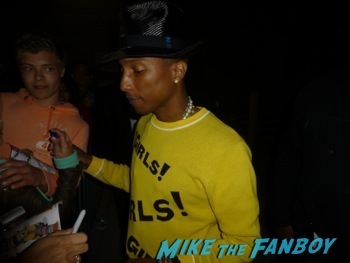 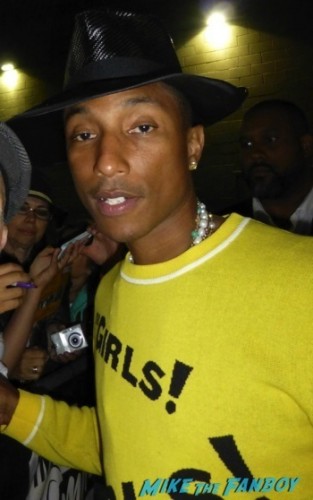 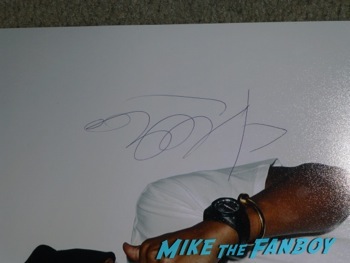 After he finished, I made my way back to the car. On my way back, I noticed an SVU had pulled over and people were running over. Pharrell had stopped for a few more fans. I ran over as quickly as I could to get him to sign my album. I made my way into the crowd and asked if he could sign. He asked me, “What is this? Ahhhhh…Yummy!” He looks back at some friends in the back seat and showed them. I told him how much I loved the track, and from out of nowhere, I began to do the unthinkable. I began to rap his part of the song. It was my ultimate fan geek out moment. He smiled and signed the album. He gave me an awesome autograph. So, it was worth making a fool out of myself. Thanks Pharrell for making your fans happy! 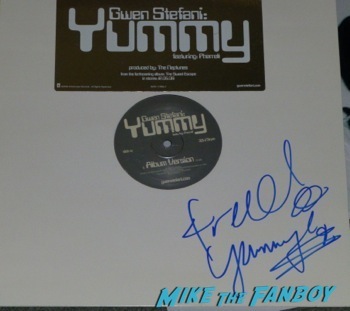