I have to tell you, I love Phil Hartman. When he was on Newsradio, he was hysterical. In fact, Newsradio was one of the best shows on TV. It was surreal, wild and made me think back to the days of Night Court and other high concept series.

In fact, one of the first autographs I ever got was a cast signed Newsradio scripts via a charity auction. It’s still framed in my bedroom.

This week, the late and sorely missed Phil Hartman was honored with a star on Hollywood Blvd. and Paul was hot on the scene.

I promised Kevin I would do this.

If you want to see Kevin Nealon in action, go to the laugh factory on Tuesday nights for the Nealon show.

Ok, out of the way. I get to the ceremony about 10am (after a super long annoying week at work I needed to sleep in)

I arrive to see the usual Wof gang there plus an added bonus my good pal Kitti (some of you might know him from the smurfing incident) who came all the way from Las Vegas. Loads of catching up to do and getting a decent spot in the crowd.

The first star we see is Jon Lovitz, who is a nice guy and has his own comedy club at the universal studio city walk which is a fun time. If you’ve never been, check it out!

Both Kitti and I, get our stuff signed right away since we were the only graphers there!!!!!!

Now I was really hoping for Paul Reuben’s since Phil was a key component in the Pee Wee Herman world, I even had my purity ring on in hopes he would be there, but unfortunately he was a no show. The second person to show was Stephen Root and some of the other Newsradio cast (Andy dick knew better to stay home). So the ceremony starts and Phil Hartman’s agent speaks and it was ok.

Then Kevin Nealon and Jon Lovitz speak and tell some amusing stories about Phil as Frankenstein on a talk show and other stuff. 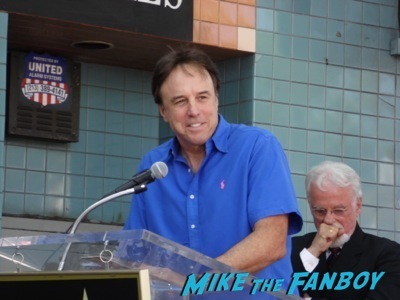 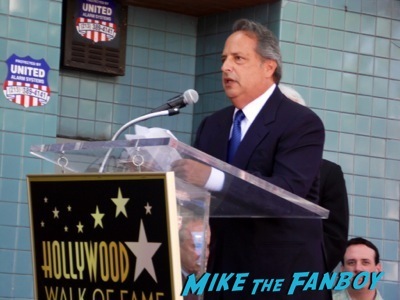 Then next was Phil’s brother accepting the star and speaking. I then proceed to go to the entrance gate once I notice Laraine Newman. 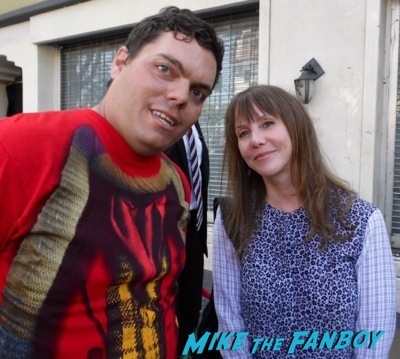 Again Kitti and I seemed to be the only people who knew who anybody was but we were super lucky to get Loraine to take a photo.

Somehow, my Devo esp has been in overdrive since I had a feeling that somebody from the Devolution Universe would be there but didn’t expect donut rooter herself wowza! Anyways Kevin started taking photos after signing Kitti’s Happy Gilmore game board and I had to remind him (wasn’t tough) that he was kind enough to sign everyone’s favorite movie “Bucky Larson Born to be a Star” poster and how great The Nealon Show is. 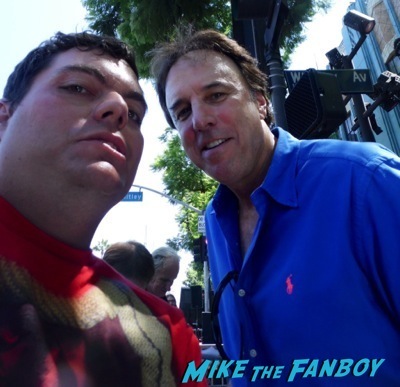 Then Kitti and I headed to Hollywood book and poster and it was a bust nothing jeez but on the walk back we ran into Stephen and got a pic and he even did a Bill Dauterive impression for us which was awesome and then headed to Larry Edmunds to pick up my signed copy of Judy Tenuta’s book. 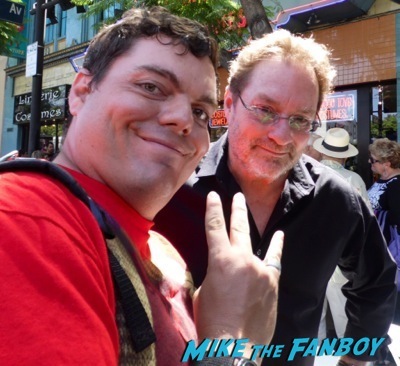 Overall a good day I think.