It’s so funny that Pinky is writing up this tragic Photo Flop! I just got Girls season 1 on Blu Ray and I can’t wait to watch it! Ahhhh getting Christmas DVDs! There’s nothing like it. LOL…

I’ve been wanting to meet Lena Dunham for a while now and tried at the This is 40 premiere, alas I didn’t have any luck. Doh! Pinky did manage to get a photo with Lena but alas… It’s a tad… On the dark side…. LOL…

Girls is back this weekend on HBO so make sure and give it a look and check out Pinky’s Photo Flop after the jump!

Hello, my lovelies. Pinky Lovejoy here anxiously awaiting the Season Two premiere of HBO’s amazing series “Girls” this weekend. Have you watched this show? It. Is. Awesome. 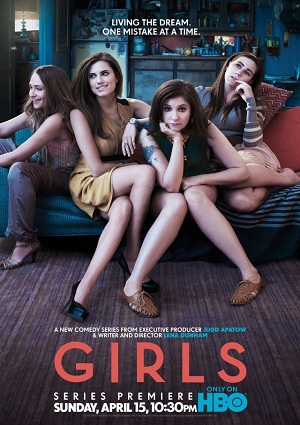 I’ll admit when it first came out I didn’t jump on the bandwagon right away, but I’ve recently caught up with the entire first season (I loved it so much I bought it after seeing two episodes) and am completely obsessed. Like, I want to be friends with these girls (shut up, I know they’re fictional).

Of course, this just makes my major photo FLOP at the Emmys last year all the more horrifying. You see, one of the people I was hoping to see that night was Lena Dunham. As luck would have it, just as I was leaving the show, there she was, and she agreed to take the picture. Hooray! Night. Made. It wasn’t until after she’d walked away that I realized something terrible had happened. Unlike my typical blurry pictures, this one was totally black. No picture. No way to even make out it was us. FAIL! 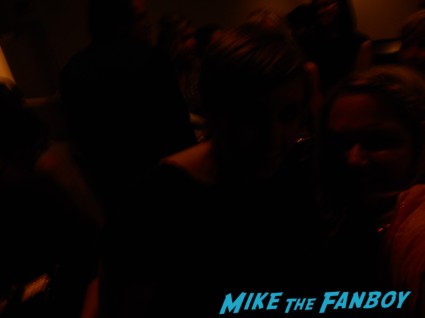 I sent it to my dear friend Chris, a photo master, and he was able to make it, well, kind of OK. I mean, it’s presentable. If you squint you can see that it’s us. Sort of. WAAAAA. 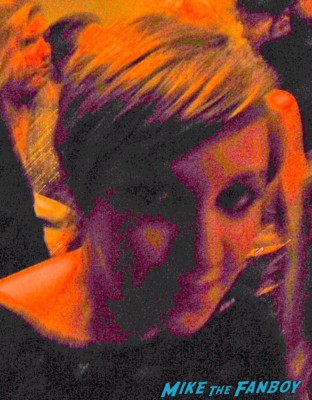 Hopefully I’ll be able to one day meet Lena again (and the rest of this cast – have I mentioned that I’m OBSESSED?!). Until then, I’ll have to make do with the horror that is our picture. Sigh. 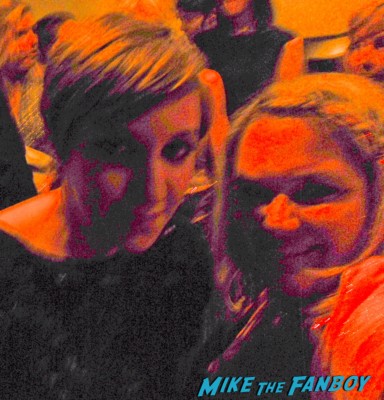