Photo Flop Remix! Pinky’s latest Photo Flop with Jason Momoa inspired The Scarlet Starlet to send in her awesome photo with Jason! She got her photo with the Game of Thrones star at Collectormania in May and it’s pretty damn awesome!

I like Jason a lot and thought he was awesome on Game of Thrones. I was bummed when he didn’t survive the season… Grumble…

Check out The Scarlet Starlet’s Photo Flop Remix after the jump!

I saw Pinky’s Photo Flop and thought – Oooooo! I can Photo Flip that! :0) (In a manner of speaking – it sounds rather rude somehow!)

Sorry that Pinky got a Photo Flop – it’s not a 100% tragic flop; both of you are definitely recognizable, just unfortunate that he’s looking the wrong way! :0) Unfortunately Mike’s Chris Tucker Flop was much more of a flop! (Sorry ’bout that also!)

I’m rambling now, so I shall get to my point – I gotta Jason Momoa piccy! 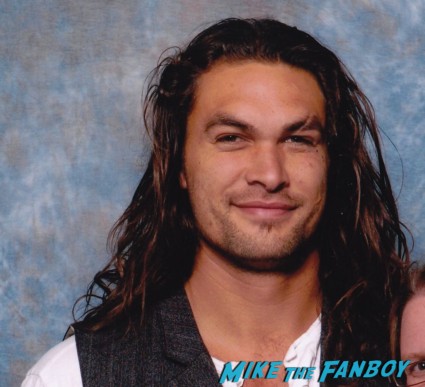 This was taken at the Collectormania 18 event in May 2013 (full belated review coming shortly!) at the MK Dons Stadium in Milton Keynes. The photo shoots are just that, so there’s not much time for chatting, but Jason was super-lovely and kind. He was happy to make sure everyone had a good photo, and as you can see I got a ‘side-hug’ photo which I like! 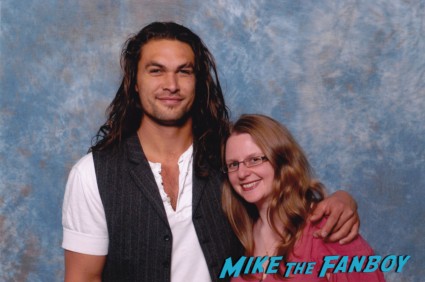 I’ve really enjoyed Game of Thrones, and thought he was fab as Khal Drogo! (I actually heard that he spoke to a girl in Daenerys cosplay in Dothraki, which shows you how awesome he is!) He’s got a new film coming out with Sylvester Stallone which looks to be a cool action flick!

Sorry for your flop, Pinky! Fingers crossed you have another opportunity for a photo soon!