Susan is awesome! She sent in this great Photo Flop! I know I posted a Photo Flop with Gerard Butler and now Susan has one as well. I know a lot of us really like Gerard Butler here at Mike The Fanboy and I appreciate the fact he’s super awesome with his fans…

So why is it there’s so many photo flops with Gerard Butler! LOL… It’s crazy!

Check out Susan’s Photo Flop after the jump!

Marie’s awesome write up reminded me of the days when I too used a camera with film. Oh, the anticipation of waiting to see if your photo came out ok. Well, as you can see, not really. 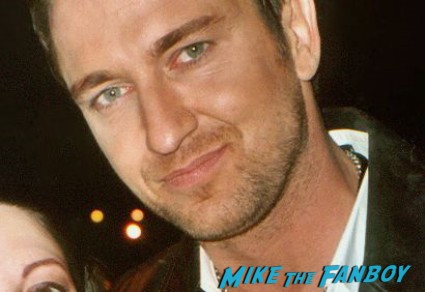 It’s not the worst photo in the world. I look drunk again and Gerard’s head is cut off, but you can tell it’s him and you can tell it’s me. My friend at the time who took the photo blamed it on me always liking “actors who are some damn tall!” He’s 5 foot 6 so I understand his resentment. This must have been the same night Mike got his good photo with Gerry. In fact, I think this is the very night we met! So, photo flop indeed, but a piece of MTF history captured on film – that’s a win, right? 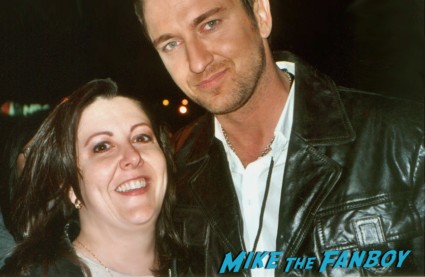