God bless Suddenly Susan! She sent in this awesome Photo Flop! Personally, I have never met Simon Cowell, but I hear he’s a really cool guy. Now, the day that Suddenly Susan met him, she was in fact the only one waiting… So, considering it was pretty calm, her photo… Was… Let’s just say… The term Photo Flop fits! LOL…

And I tried my hand at some handy meme’s again. One day, I might find a good one! LOL…

Check out Suddenly Susan’s photo Flop and those meme’s I talked about after the jump!

I can’t decide if I look drunk or frightened in this photo. For those who have met Simon before, you know what a sweetheart he is, so it couldn’t have been fear. And since I don’t drink, I couldn’t have been drunk. I wish I could blame it on nerves or the madness of the moment, but, on this particular day I was the ONLY person waiting for Simon. There must have been something else going on that day, because the two other times I tried for Simon, it was a rabid mob scene around his car. You’d think given the calmness of the situation, I would have gotten a nice photo, but no. Why am I pulling up my sleeve to show off my non-toned bicep?! (Still pre-weight loss). I think I caught a few orbs floating about too. Perhaps they were the ghosts of American Idol winner careers? 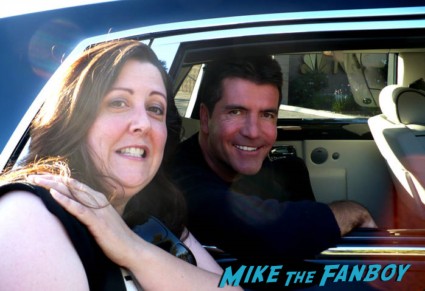 Check out my (not so) awesome meme’s below! 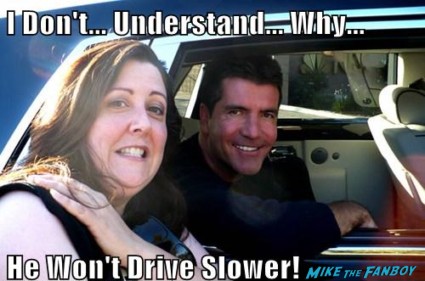 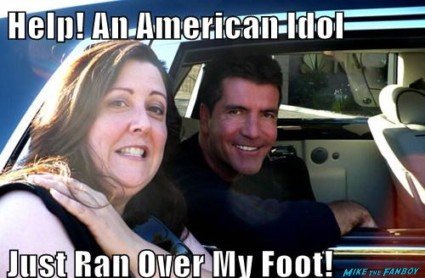