Awww… This is an adorable recap! I have to tell you, there are class acts and super guys out there but when you hear of someone being so cool. I just have to smile ya know?

Ace headed out to the Pink’s Hot Dog dedication ceremony for Roger Rabbit with the voice of Roger Rabbit Mr. Charles Fleischer an Joanna Cassidy who played Delores!

Check out his recap below! And let’s give Ace a God Bless for being an awesome guy! I have to tell you, everyone in the MTF Family is awesome…. Seriously… Awesome and Ace it like all of our little brothers! LOL…

Find out the answer to Who Framed Roger Rabbit at Pink’s after the jump!

Charles Fleischer, the voice of Roger Rabbit, kicked off his World Comedy Tour this last past week. Not to mention, Roger Rabbit came out on Blu-ray to celebrate its 25th anniversary. Pink’s Hot Dogs was ultimately the first kick off for the Roger Rabbit celebration! Plus, Joanna Cassidy, who played Delores, helped honor the Fleischer at this awesome event!

We arrived at Pink’s Hot Dogs around twelve in the afternoon. We were ultimately expecting a large crowd, and I ultimately expected a lot more people than I saw. Overall, there were only five graphers… This number is including myself, mind you… This number will be very important soon enough.

So, when we got there, I right away began to prep. I had never been to Hot Dog dedication, and I am pretty sure you haven’t either…

There were several people lingering in the parking lot. I could only assume that they were the publicists for Cassidy and Fleischer. As soon as we were putting our photos on boards, they started to freak out. They saw all the photos, and we knew right away they were going to tell us something. Right away, they told us that Charles would be signing for a fee later that week and there might be a possibility that Charles would grace us with one autograph.  I turned to look at the crowd of 4 people standing behind me… 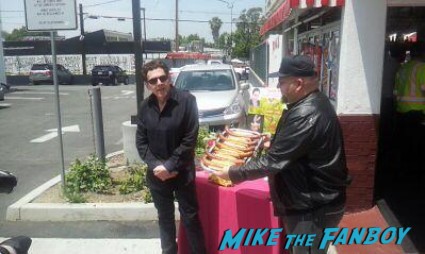 Charles cracked everyone up with jokes. There were a total of six fans at the event, and 5 of them were asking for autographs. 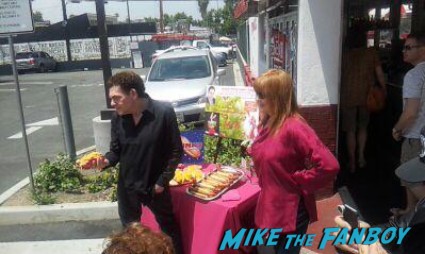 Joanna Cassidy came slightly late, so that delayed the picture taking for maybe 5 minutes. Overall, the ceremony was done within a short period of time. 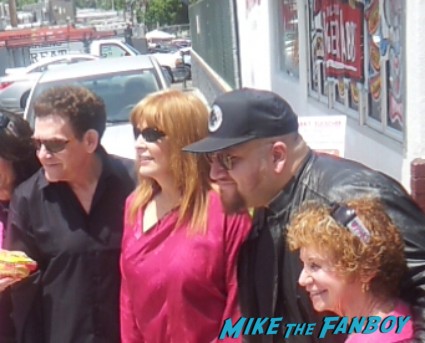 As soon as Charles was done, he approached us. The publicist jumped in right away saying one per person and that he will be at an autograph store later that week. Charles said, “They are telling me I am only supposed to sign one, but you guys are my fans.” He said that he wouldn’t be where he is today without us. He signed everything we had. 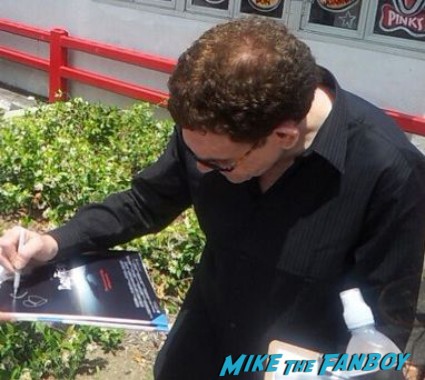 I left maybe two in my bag because I needed silver. We moved on to Joanna Cassidy. She signed all our photos and even asked us where we got the images. 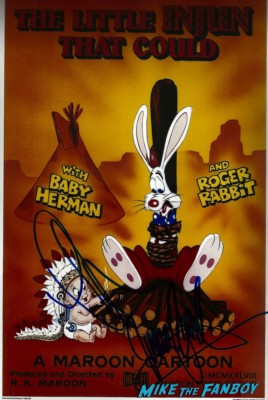 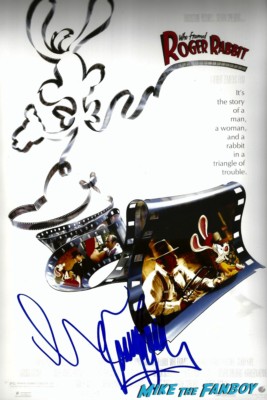 Then, I approached Charles once more and asked if he would do the last two. The publicist once again interrupted. He interrupted her and said, “I don’t give a shit.” He signed my last two items as cool as someone could be. Before he finished he asked, “Are you gunna sell them?” I said, “No, Mr. Fleischer, I am just a fan.” He went on to say, “God Bless ya, but if you ever do, make a lot of fucking money.” 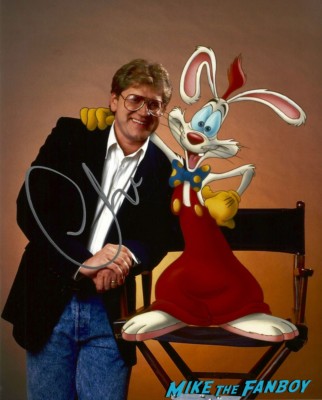 Mr. Fleisher was an absolute class act. We went home with everything signed. It ultimately made this Roger Rabbit fan very happy. I remember watching this film hundreds of times as a child, and something could not have come together as a full circle, so well, as this event did for me.

Well, I hope you enjoyed this recap guys…
Now, remember, there is always a graphing opportunity out there… You just have to find it.
Until Next time, 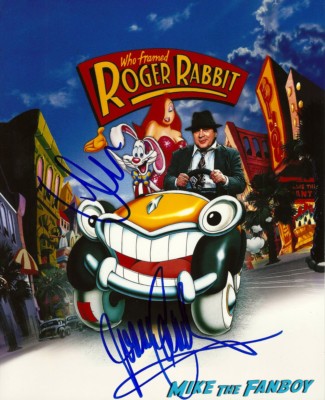