CB is a huge animation fan. Now, while I don’t share his level of enthusiasm for the cartoonish arts, I understand why. Animation and cartoons have a unique skill set that mixes script, storytelling, art, drawing and more. One of the pioneers in the new age of digital animation is Mr. John Lasseter. John is the head of Pixar which has given us such hits as Cars, Finding Nemo, Toy Story, The Incredible, Monsters Inc. and more…

Today, he is being honored with a star on the infamous Hollywood Walk of Fame… CB being a Cars fan (no I will not make a Fast and Furious pun) is on the scene to be a part of this historic day!

Take it away CB…

NANANANANANANANA CARS 2, CARS 2, CARS 2! Today is a glorious day for all computer animated fans because PIXAR golden boy John Lasseter is getting a star on the Hollywood Walk of Fame! I never planned on going to this event because I didn’t really think anyone would show up, but boy was I wrong. The day before, the guests were announced and they included Owen Wilson, Bonnie Hunt, John Ratzenberger, and the one person I wanted more than anyone, Emily Mortimer.

Ya see, Emily signed at the Cars 2 premiere, but when she was about to get to our section, she went inside the theater. Next, I went for her at the Our Idiot Brother premiere and she didn’t show up. So I told myself, I need to go to get her on this poster I’m never going to finish. If you ask me why it will never get finished, it’s because Michael Cane is in it, and he’s in all the Christopher Nolan Batman movies! Armed with my CARS 2 one sheet, a Cars DVD cover, an Our Idiot Brother Mini poster (great movie btw!) and random PIXAR DVD covers, I was off!

10:00 I arrive and get a spot. You just never know where they go with star ceremonies.

10:30: Here is something you don’t see everyday, Lightning McQueen and Mater on Hollywood BLVD! They are featured guests for the ceremony. 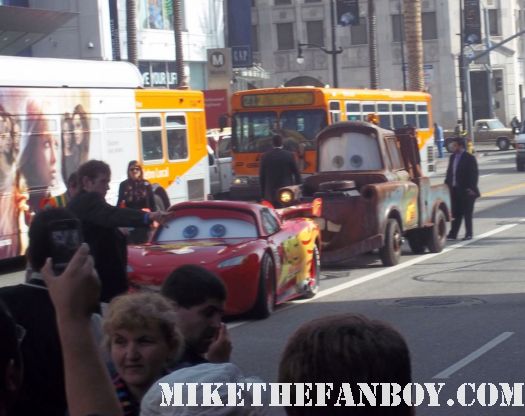 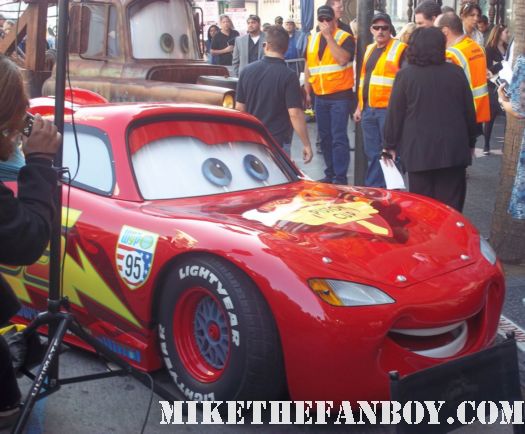 11:30: The ceremony kicks off and we see all the guests come to outside. 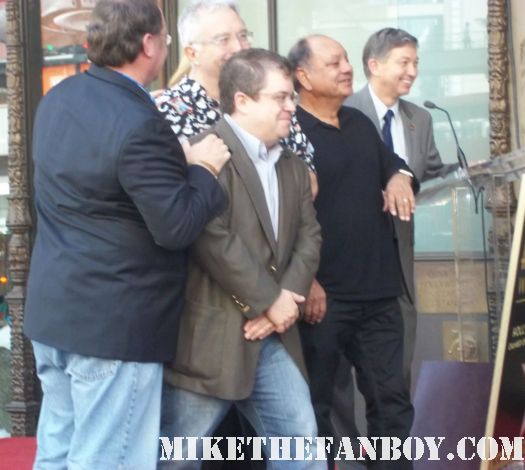 11:35: Bonnie Hunt is the first person to speak as she is the Featured Guest Speaker. 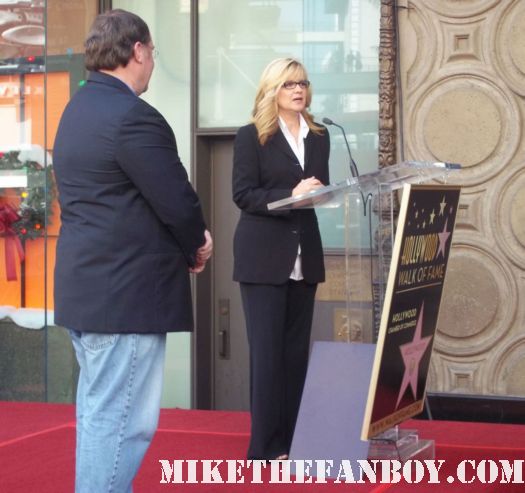 11:40: Don Rickles is given a microphone and just puts on a great show for everyone! 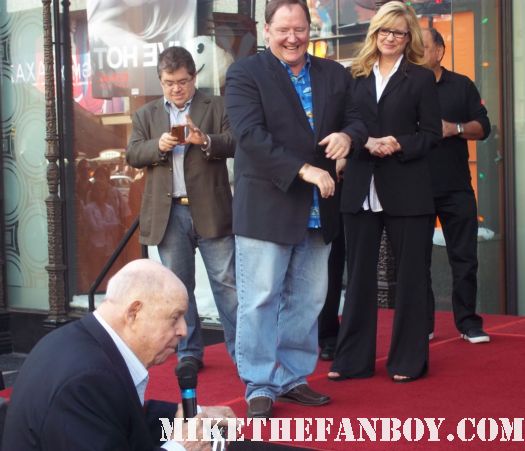 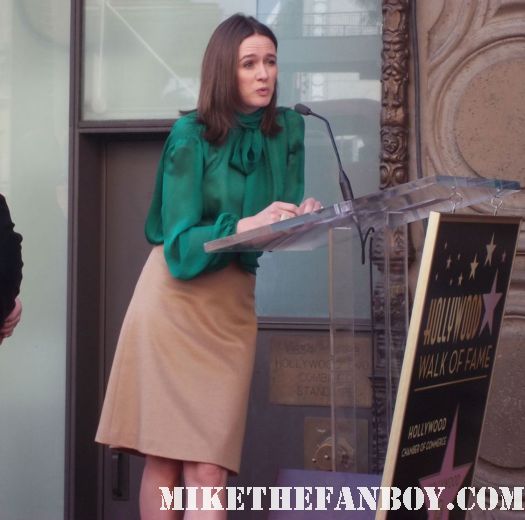 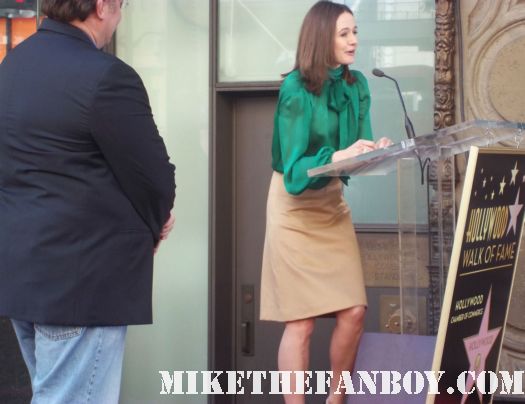 11:45:Owen Wilson goes up next and speaks 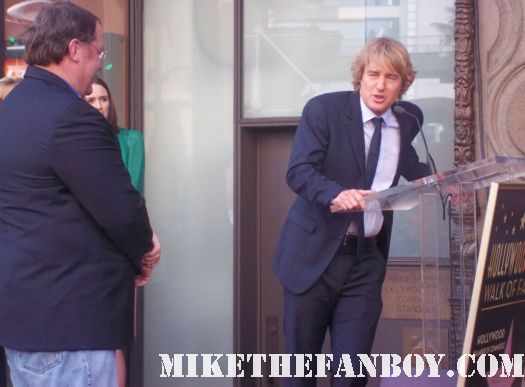 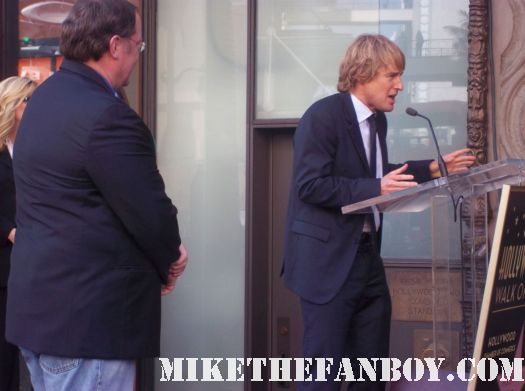 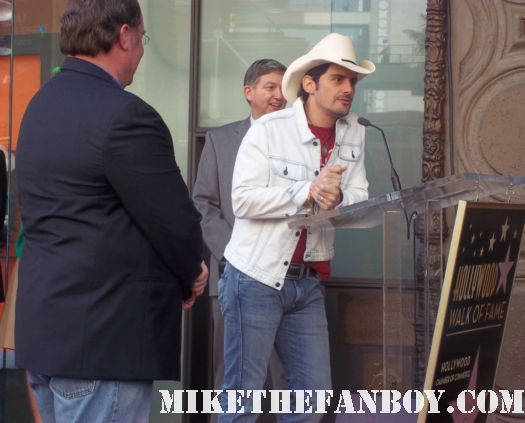 11:50: John Ratzenberger, aka MR. I’m in EVERY PIXAR MOVIE talks about his dear friend John. 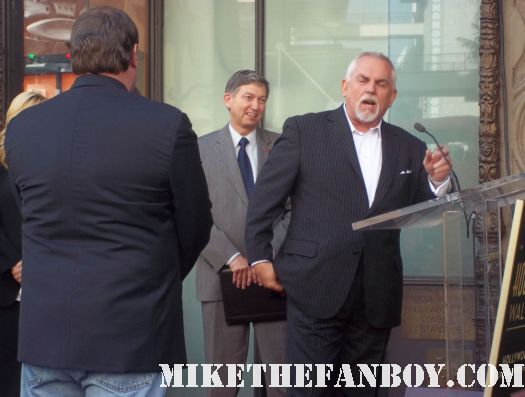 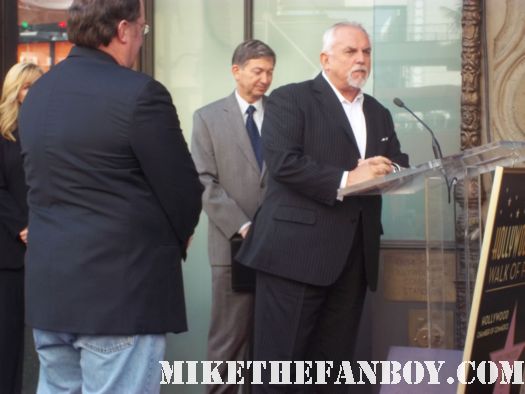 11:55 Finally John Lasseter speaks and thanks everyone who helped him get to where he is. 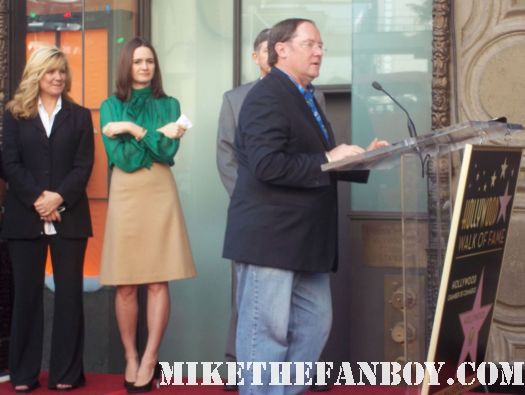 He mentions a touching story thanking Steve Jobs then goes to unveil his star, when we hear a pop and black and gold stars cover the skies. 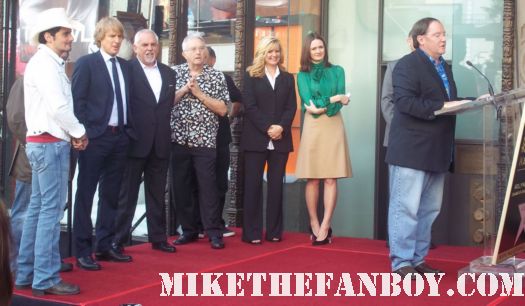 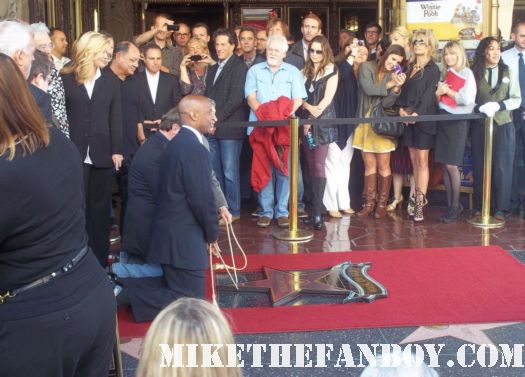 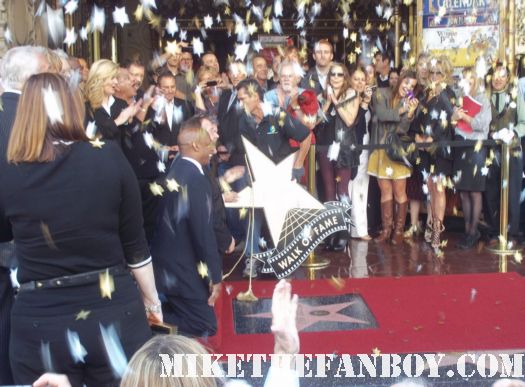 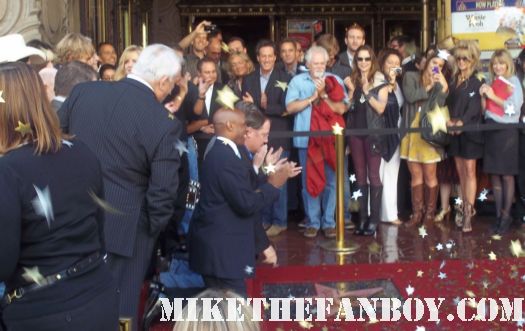 12:00: The ceremony is over and we try calling for people, but a giant water spill is preventing people from coming. Randy Newman is nice and comes over and I get him on my Toy Story 3 DVD cover. 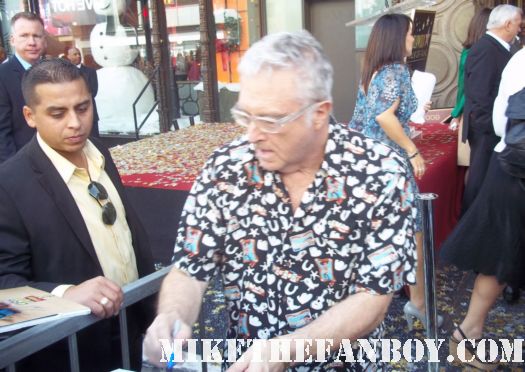 12:05 We go around and see all the guests walk to the party behind. Bonnie Hunt, Brad Paisley, Owen Wilson and John Ratzenberger all sign for us. I get Owen and Bonnie on My DVD cover. 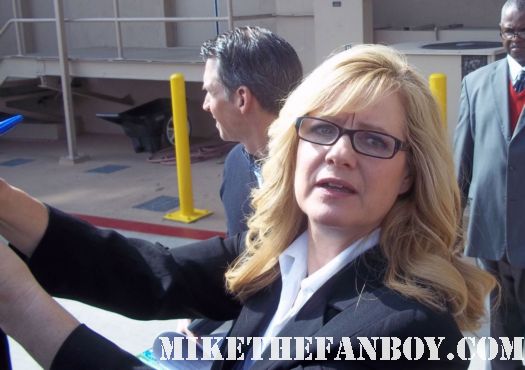 I get Brad on my Cars 2 poster because he has several tracks featured in the movie. 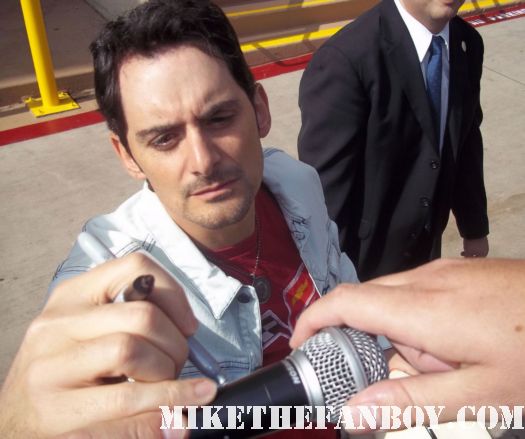 12:10: Still patiently waiting for Emily Mortimer, and she finally comes out and signs. YES, I finally get her on my poster! I’m happy. 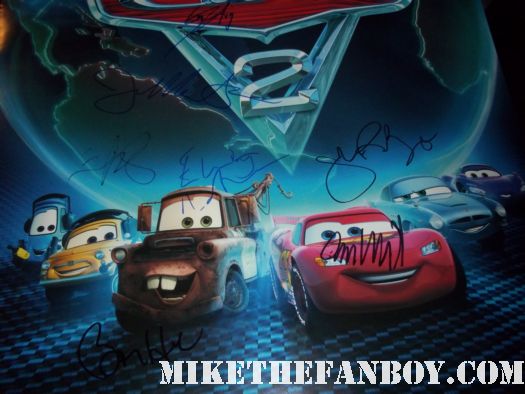 I’m overly happy because I got John Ratzenberger, Brad Paisley and Emily Mortimer on my poster. Getting Owen was pleasant surprise as well. Until next time, take care everyone. 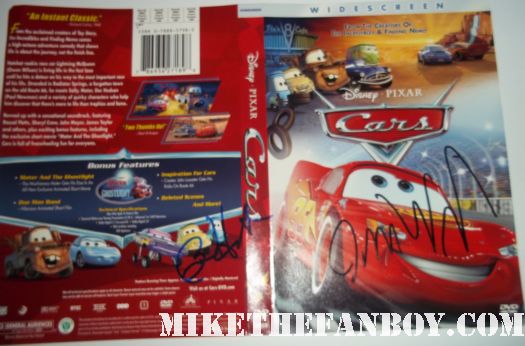