I look at stuff sometimes and I just shake my head, I always think I’m cray cray, oh no… I can safely check the normal box next to my name… Even if I do have a tat of Marky Mark on my pec… Wait…

Check out this weeks Pop Culture Countdown after the jump!

Hola friends! Thanks for stopping by for a lil dose of PCC. In addition to the usual medley of Hollywood crazy, this week provided lots of squeals and excitement — “Mad Men” returns on Sunday! The “Catching Fire” trailer will premiere April 14 at the MTV Movie Awards! “Arrested Development” premieres May 26! A sequel to “Finding Nemo” is in the works for 2015! Told ya,…lots to squeal about. And then (deep sigh) in other news,…

No, this doesn’t make you cool 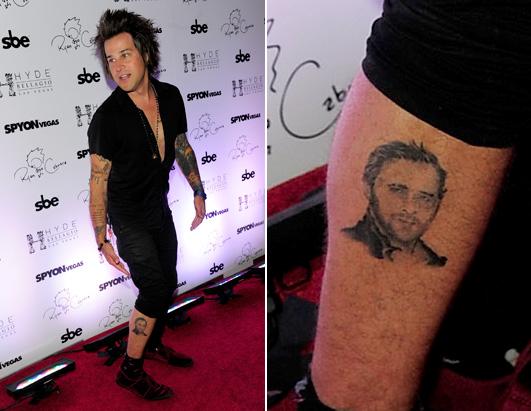 Ryan Cabrera…remember him? He’s a singer and once dated Ashlee Simpson and Audrina Patridge. Well, he has a tattoo — of Ryan Gosling. Yes, you read that right. It’s on his calf. 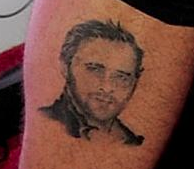 Did he really get inked? Was this just a publicity stunt or April Fool’s prank? Why do I know the words to “On the Way Down?” All very good questions. He’s calling it the “Bentley of tattoos.” Ironic it would be on the Pinto of singers.

In the dog house 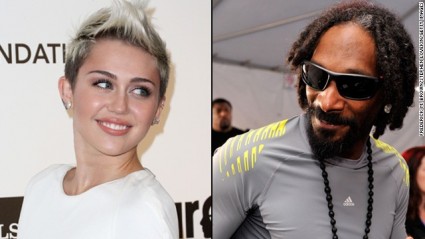 Snoop Lion (formerly Mr. Dogg) and Miley Cyrus have a duet. Merry Christmas to all! This blockbuster collabo is dubbed “Ashtrays and Heartbreaks” and has the maybe-future Mrs. Hemsworth singing the hook on the reggae track — a natural genre for Hannah Montana to tackle. The song includes Hallmark-worthy lines like: “Tonight there’s gonna be a whole lot of smoke in the air. Blow it hard for the ones who ain’t here.” Somewhere, Bob Marley is rolling over in his hammock grave. Hey, whatever keeps Miley from posting any more twerking videos, I’m all for it. Yah, man. 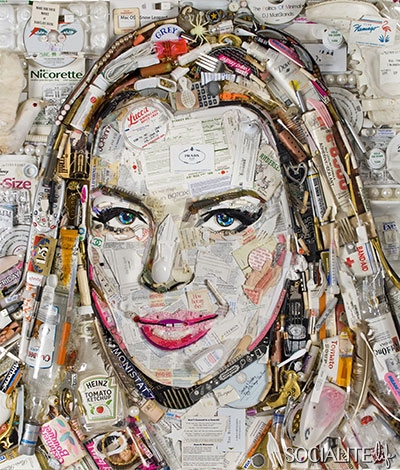 Lindsay Lohan is trash. I know, “Stop the presses!” right? But it’s true. Artist Jason Mecier used nothing but garbage to make a portrait of Lilo. And it’s oddly pretty cool. It took him more than 50 hours to complete and features, among other things: empty liquor bottles, 29 cigarette butts, 13 bullet casings, four ant traps, and one tampon. That was really sweet of Linz to empty her purse and help contribute to the trash-erpiece. 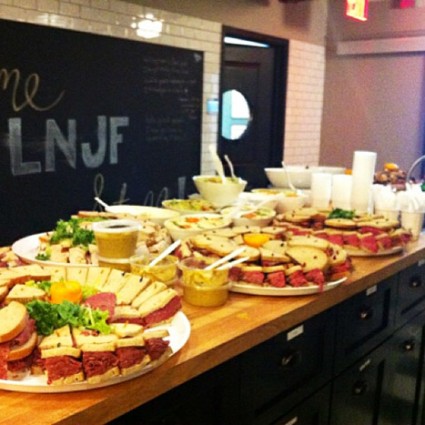 Especially when it’s sent from your buddy/future rival. In the world of late night, things are sunny-side up for Jimmy Kimmel and Jimmy Fallon. In a sweet show of congrats to the news Fallon will take over for Jay Leno at “The Tonight Show” next year, Kimmel (based in L.A.) had lunch delivered to Fallon’s New York City studio for his staff. How do you not love that?

XOXO? Not so much 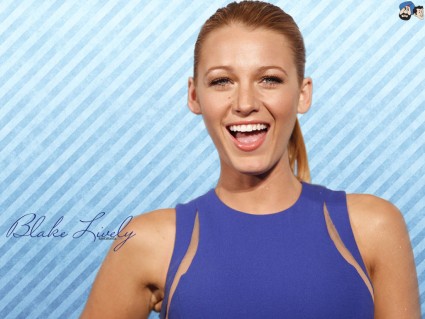 OK, Blake, enough with the shenanigans. Is it not enough that you’re Mrs. Ryan Reynolds or that you’re tall, thin and gorgeous? But now, word on the street is you’re quite anti a “Gossip Girl” movie. While it may be too soon to return to the Upper East Side and the show did lose its Jimmy Choo-footing along the way, a movie might still be kind of fun. What could go wrong with taking a TV show to the big screen? Not counting “Bewitched.” And “Mod Squad.” Or “Dukes of Hazard.” And well,…aww man, please don’t tell me we live in a world where Serena van der Woodsen has better judgment than Veronica Mars.

Have a great weekend! Catch ya on the flip side!