Mighty Morphin’ Power Rangers was a big part of my childhood growing up. I watched the old tv show and never missed a single episode and I used to own all the toys. I already met two of the original cast David Yost and Walter Jones at the Hollywood Show. When I heard the original red ranger, Austin St. John was going to make an appearance at this years Power Morphicon, I had to go and meet my childhood idol. Power Morphicon runs every couple years and Austin St. John is rare to get these days.

 
First, I met the second Yellow Ranger from the original cast Karan Ashley she plays the role of Aisha Campbell and she was in the Mighty Morphin’ Power Rangers Movie. She replaced the original first Yellow Ranger, Thuy Trang (RIP) 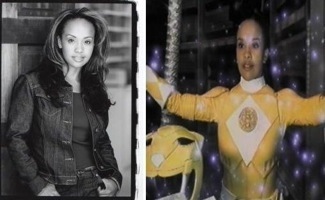 I told her it was my birthday and she gave me a birthday kiss. How sweet 🙂 She was really a sweet and humble woman.

Next was Catherine Sutherland aka Kat Hillard. She took over as the Pink Power Ranger when the original Amy Jo Johnson left the show in season 3. 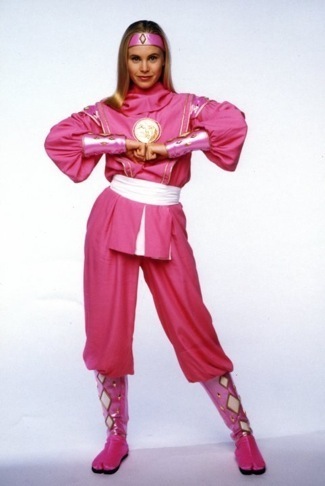  
She was just really nice and sweet. She even gave me a nice little birthday card!

Then I got to meet the true original Power Ranger from Japan! Yuta Mochizuki aka Geki. He is the japanese counterpart of the character Jason Lee Scott. The legacy started with him and was passed on to generations of Power Rangers. 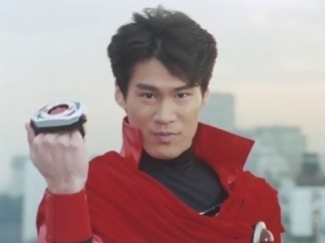 He was a nice and funny man. He made fun of how much of a big man I am haha.

I got his autograph and his signature was in japanese.

Next was the man I came here for. It took me 20 years to finally meet my childhood tv hero. AUSTIN ST. JOHN aka Jason Lee Scott the leader of the MMPR and the original american Red Ranger! Tommy may be the most popular ranger ever but Jason is my all time favorite! The line was huge! the wait was almost two hours and staff was passing out tickets to come back (kind of like a fast pass). 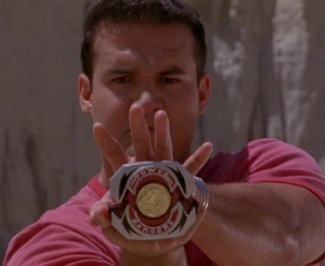 So then after waiting in line for almost an hour and a half. I got to finally meet my childhood idol. I had the same Red Ranger 8×10 picture that Yuta signed for me and I asked him if he can sign it. Then I got my photo op with him

After that, I stepped out of the main floor and walked into a room and they were doing panel. It was a legacy cast of Red Rangers that ever been on the show. They talked about their experiences on the tv show and how they got the role and answered questions from fans and it ended with all them morphing one by one which was pretty cool.

I decided to call it a day and head home. It was a really good experience for any fan of the popular tv franchise. I was surprised by the amount of people that came out. I had no idea that this show is still popular. I Just wished that the lines were shorter and were not rushed. I will be looking forward for the next one in two years!