Oh dear, and I mean… Oh dear… Coming face to face with your nemesis is never an easy task… Never… Well… Our own Ms. Pinky has done just that.

You may recall that last year while on the promotional trail for her new series GCB Ms. Leslie Bibb not only dissed the five or so of us waiting to meet her but then went ahead and called Pinky a douche on Twitter!

You can’t make that shit up! LOL… But here it is below!

Anyway, the other day Ms. Pinky ran into none other than Ms. Leslie Bibb and what happened? Claws? Fighting? Cat fight? Nope. Would you believe it was like a love fest? Say Wha?

Hello, my lovelies. Pinky Lovejoy here with a Special Report: Leslie Bibb has redeemed herself. That’s right, in what I’m calling the new Celebrity Redemption, Leslie Bibb is no longer my sworn nemesis. Hooray! 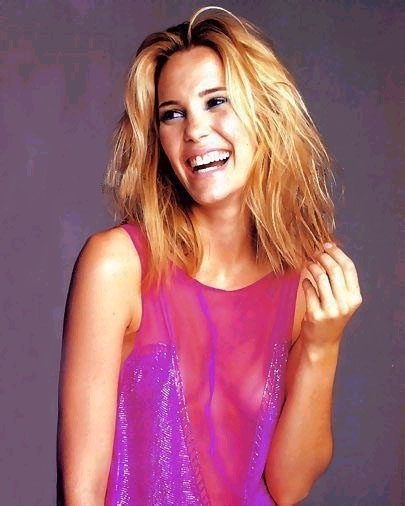 As Mikey reminded you in his Spirit Awards recap, Leslie Bibb called me a douche on Twitter last year. Whatever. 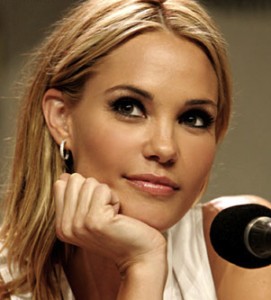 Since that time I’ve wondered what would happen should I ever see her – would she be nice? Would she recognize me? Would I even want a picture? It’s funny – I kind of thought if I ever saw her I’d maybe try to get the picture first and then say, “By the way, I’m Pinky, and you called me a douche!” or something to that effect (I also imagined it playing out like some “Vengeance will be mine!” thing, but that *may* be going over the top). 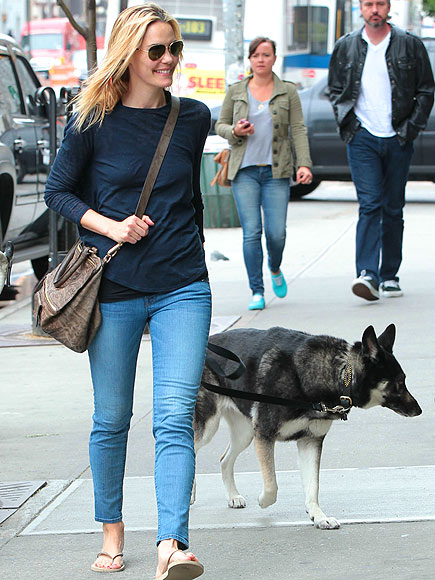 As we randomly came across her after the Spirit Awards in a hotel lobby the other day, I couldn’t resist asking for a picture to see how she’d be. 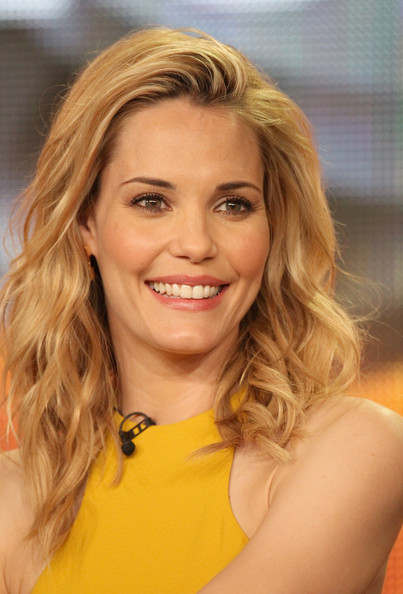 Get this – Leslie was SO freaking nice, I was stunned. Like, “braid your hair” nice. Of course, when she asked me my name, I said, “Uh….Kristen” because I didn’t want to remind her of the Pinky she hates. I mean, she probably didn’t even know we were enemies, but it doesn’t matter now that all is forgiven (at least from my end). I mean, she was so sweet she even introduced me to her dog and took the picture herself. Very, very cool all around. Perhaps I just caught her on a bad day before? I’ll give her the benefit of the doubt because we’re all human and people have bad days. Plus, she was sick. In no way does that excuse her behavior on Twitter, but whatever. Let bygones be bygones, right? 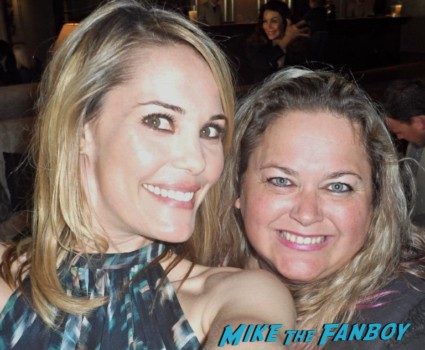 For the record, this isn’t always the case. Even after finally getting my picture with the dreaded redhead, she does NOT qualify for Celebrity Redemption because she’s still a mean and awful person. But, I digress. Leslie Bibb was lovely and I appreciated her kindness this time around. As I think good behavior should be celebrated, I couldn’t resist sharing the story for the world to see. Thanks, Leslie! Two big pink thumbs up! For additional pink fodder, please visit www.pinkylovejoy.com or follow me on Twitter @pinkylovejoy. As always, have a pink day!