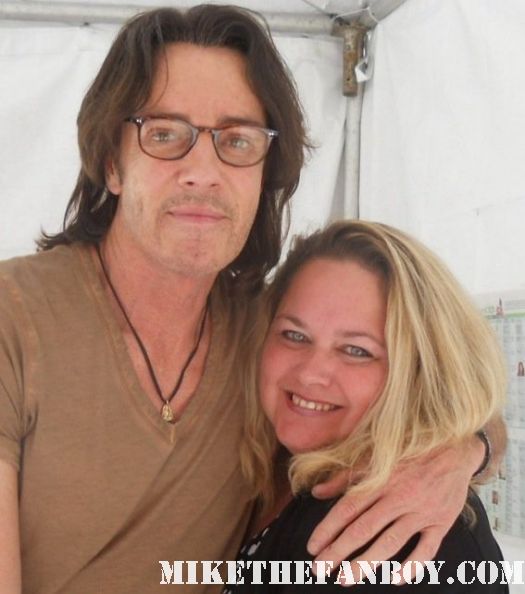 “I wish that I had Jessie’s Girl! You know that I want… Jessie’s Girl!” Ah, good times… To be honest, I really never wanted Jessie’s Girl, nor have I met a Jessie’s Girl. Although once I did befriend a guy named Jessie just so I could try and lust after his girl, but that was for naught, since he was 5’4, and building a replica of the Star Trek bridge in his basement… This Jessie wasn’t getting a girl anytime soon…

However, the wonderful Ms. Pinkylovejoy had some luck with one of her 1980’s icons! None other than Mr. Rick Springfield! Ah, good times…

Check out her love of the 1980’s icon below! Because you know… She’s Pretty In Pinky!

Hello, my lovelies. Pinky Lovejoy here to talk about yet another long lost love from the beloved ’80s. In light of his recent DUI, perhaps this is poor timing, but I do find it interesting that I met him just hours before his arrest.

I can’t help it. I get excited thinking about being Jessie’s Girl. That’s right, we’re talking about the hunkalicious and talented Rick Springfield – rock star, soap star, and ruler of the fairgrounds. I’ve wanted to meet Rick Springfield for as long as I can remember and I’ve worn out all of his cassette tapes from near constant listening (don’t judge me). I’ve seen him perform on several free stages at state fairs and, although you might be mocking that sentence in your mind, let me assure you that Rick Springfield can ROCK those fairgrounds. That boy’s got some moves.

After all my longing to see him, I finally had my chance at the LA Book Fair this past weekend when I saw that Rick was headlining one of the stages. When I arrived, I learned that I somehow mis-calculated the time and apparently missed him by an hour, but as luck would have it, he was still there. About to leave, sure, but still there. I saw my chance to ask for a picture (despite not buying his book….oops) and I took it. Hey, it’s Rick! I couldn’t resist. He was super nice and took the picture even though he was on his way out the door. From what I understand, he’ll be back at my hometown fair this summer, so I’ll get the chance to see his sexy performance once again. Wahoo! Let’s hope his legal woes are short-lived and he learned his lesson not to drink and drive in the future.