I’ve said this before but I will say it a hundred times, Don’t mess with a Pinky scorned! Today the wonderful ms. Pinky is telling us about a day in the life of the Pinkster which was a total Fanboy Fail! Not only has she been trying to meet Dane Cook forever…. And I’ve been teasing her about that forever… Because let’s face it… It’s Dane Cook.
But she even forked over 150 bucks for a charity event to not only have Dane Cook not show up but to have Nancy Cartwright from the Simpsons call her a “common” person!

Check out the story as only the Pinkster can tell it!

Hello, my lovelies. Pinky d.s. here thrilled to finally report success on a project which began long, long ago. Well, over a year ago at least (that’s long, long ago, right?). You see, there was a time that I was completely and totally obsessed with the hysterical Dane Cook. I’m talking, OBSESSED. Not only am a huge fan who owns all his comedy CDs, movies, and has attended his comedy tours, but I once spotted him leaving a Lakers game from a good 100 feet away just from seeing the back of his head. 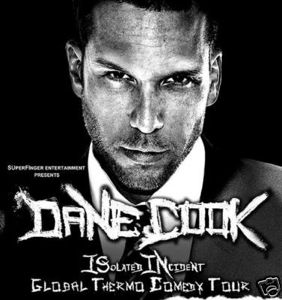 Seriously, I couldn’t even believe the spot. I quickly ran up next to him – not even completely sure it was him when I did it, but I had to try – and asked for a picture. Shockingly, despite everyone on earth telling me how nice he is and how he’d practically braid your hair, he said no. Actually, what he said was if he did it with me, he’d have to do it with everybody (I was the only person next to him asking). CONFIDENTIAL NOTE TO ALL CELEBRITIES: We do not buy this excuse. It is bull. We understand you don’t have time to pose with everyone and their mother and that’s fine. But not doing anything at all? That’s crap. Throw us a bone. You’re going to get a lot more street cred if you do it at all than if you always say no (or in the case of Dane Cook, only saying no to me. Repeatedly. For months). Remember: We spend a great deal of time together waiting behind barricades where we pass the time by sharing stories. Your douchebaggery will be heard of throughout every collector’s circle, believe me. We know all. 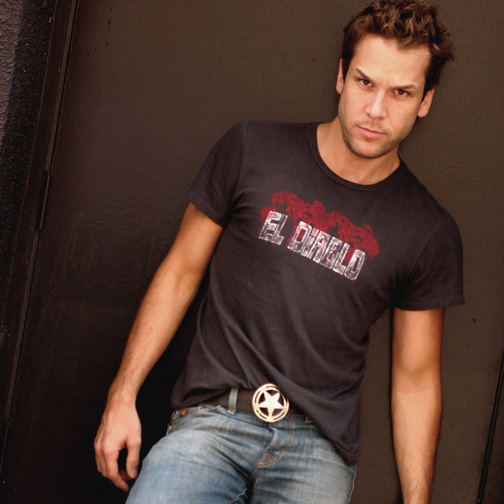 But, back to my story. After I moved to LA, I tried to get a picture with Dane on numerous occasions and he always said no. There was no amount of pleading, complimenting him, or proving how much of a fan I was that would change his mind. Why did Dane hate me? What had I done? One night, after waiting at The Comedy Store before his set to try to meet him (where, again, he said no), I got home way too late and was kinda desperate for any glimmer of hope that my Dane Cook Quest would be a success. Lo and behold, I found a site online advertising a charity event being held at the home of (the awful, horrible, terrible) Nancy Cartwright’s house and tickets were available. The celebrity guests listed on the site? Kirstie Alley, Brad Garrett, and, most importantly, Dane Cook. Dane Cook!!! I couldn’t believe my luck. Although I wasn’t working at the time and living off my 401K (don’t judge me), I couldn’t resist the $150 ticket price if it meant I’d FINALLY get my picture with Dane. Plus, it was for a good cause, so it seemed like a win-win (sadly, not so much when I woke up the next day and remembered what I’d done…..).

The day of the event finally arrived and I got all gussied up in my new dress. Imagine my disappointment to arrive at the event only to find no Kirstie Alley, no Brad Garrett, NO DANE COOK in attendance. I felt duped. I felt worse than duped. Still, it was an amazing location and set-up, the food was great, and I’d already bought the stupid ticket so I tried to make the best of it. Yes, there were some celebrities there (mainly from soap operas) who were all very cool and more than happy to pose for pictures. I even had a nice conversation with Tom Kenny (who’s the voice of Spongebob Squarepants). He was awesome. And, before I met her, I enjoyed watching the event host (the awful, horrible, terrible) Nancy Cartwright making her way around and greeting people, posing for photos, and mingling with guests. 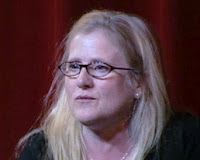 Before I met her, I thought what she was doing – especially hosting the event at her own house – was incredible. However, after I met her? I think she’s the most awful, horrible, terrible person alive. She is, hands down, the WORST “CELEBRITY” I HAVE EVER MET (and I’ve met A LOT in my day).

About halfway through the event, when it looked like she had a second, I asked her for a picture. She held her hand up like, “one minute” and then went to the red carpet. So, I waited. A short time later, after patiently waiting (because usually a “one minute” means they actually intend to do it), I asked her again. She spent no less than TEN MINUTES explaining to me why she couldn’t pose with me, a “common” person (her words, not mine), because if she did, she’d be spending all night just taking pictures. When I told her I’d noticed her taking pictures with a lot of people already, she said that was only for the volunteers because they didn’t get paid and it was the least she could do. Meanwhile, I was the one who’d paid money I didn’t have to attend an event that had falsely advertised the celebrity talent in order to increase ticket sales, and she couldn’t be bothered with me. I wish I could adequately put into words how she explained why she wouldn’t do it. Her tone, her face, the way she looked at me…she made me feel less than human, and like I’d crawled onto her property as a homeless pauper begging for change. She spoke to me with such disdain that I wanted to cry. I’d been a fan of The Simpsons since the beginning, but I’ve never watched it since.

Shortly after the event, I posted an open letter on my website telling (the awful, horrible, terrible) Nancy Cartwright how wretched I think she is. Her “people” contacted me immediately and said that doesn’t sound like her, blah blah blah, and they’d sent me an autographed picture if I posted their reply. Even though I did, I never received the picture (not that I even want it, but it just goes to show that her people aren’t stand-up people either). Here’s the thing – around the collector’s circles, it’s not a secret that Nancy Cartwright is awful, horrible, and terrible. This is common knowledge. Sadly, I just had to experience it in the worst way possible.

Long story short (well, fat chance of that at this point), I randomly met Kirstie Alley at a restaurant; 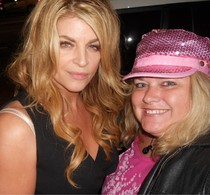 I (finally) met Dane Cook (in a good mood) when he filmed Extra at the Grove and got my picture (!); 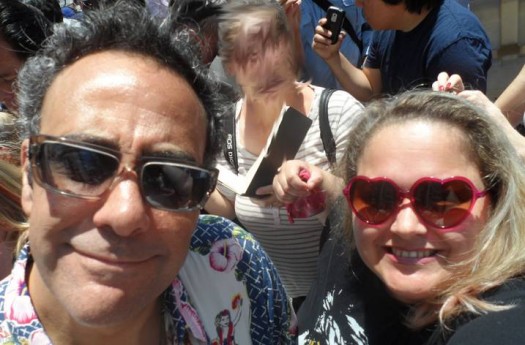 After getting Brad’s picture, I finally feel like that horrible, awful, no-good day and event can be put behind me (although, unfortunately, I’m sure my hatred will live on).