Home / Pretty In Pinky / Pretty In Pinky! For The Love Of The Bachelorette! Meeting Emily Maynard and Jef Holm! These Are The Moments To Cherish Forever! Oh… And Ben Stiller! Christine Taylor! And More!

I have to tell you, God bless Pinky! Today she is writing about her adventures with Lindsay from I am not a Stalker (who I also adore)! She went out to meet none other than The Watch star Ben Stiller and… Wait for it… Wait for it… Emily Maynard! (insert the sound of crickets here)

I’ve never been a reality TV fan, however God bless those who are! Anyway, apparently Emily is finding true love with Jef Holm… Wow… lol…

Pinky has an awesome recap, and to me… It’s like one of those moments you’ll remember for the rest of your life… 😉

Hello, my lovelies. Pinky Lovejoy here to share with you a little secret: I broke up with The Bachelor / Bachelorette shows long ago. I know it’s terrible to say, because I was a fan for a long, long time, but after awhile I just couldn’t take all the break-ups and had to give up one of my favorite guilty pleasures. It’s too bad, really, because these shows crank out one season after another and I wouldn’t ever be lacking in entertainment. Still, my heart would get invested in these (real?) relationships and each time they’d break up (which, let’s face it, is pretty much every single time), it was almost like someone was breaking up with me. OK, that was a little extreme. I’m not quite that invested….but, still. My sensitive little pink heart just couldn’t take it anymore and I had to bid the show adieu. 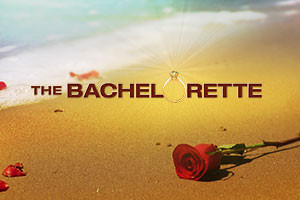 That being said, I’m still a fan from a distance. I try to keep up with the drama (the most dramatic rose ceremony yet!), the crazy suitors, and, of course, the person vying for their True Love. In the case of the most recent Bachelorette, Emily Maynard tried to find true love and, from all reports, has seemingly found it with Jef Holm. At least for this week (oh, I’m sorry, did I say that out loud?). You never know, I’m sure these lovesick fools could make it work….but if a perfect couple like Byron and Mary couldn’t make it work (she says, sarcastically), what chance is there for the rest of us?

My girl Lindsay from www.iamnotastalker.com, is still a HUGE fan of the show, and Emily Maynard specifically. Because of this, she was thrilled to see that Emily would be a guest on a local talk show this week. As Ben Stiller was also on the show, I figured why not? What could it hurt, right? If nothing else, at least I’d get some quality time with my girl, Linds. 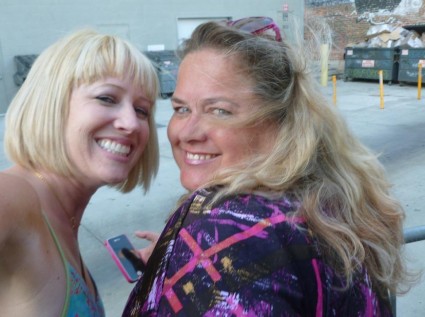 Now, the problem with Ben Stiller being on the show that day was that he had a movie premiere to get to immediately afterwards. This doesn’t usually pan out well for the fans waiting at the talk show…we usually get a brisk wave and not much else. Knowing this, I went out for Ben last week at another talk show – one that I hate going to – and, thankfully, he stopped the car and signed for the seven people waiting. I just wanted a picture, which he agreed to, but then my camera had a major fail and took ten years to click. Blurgh. Oh, well. It’s still Ben and it was the first time I’d ever seen him, so I was stoked. 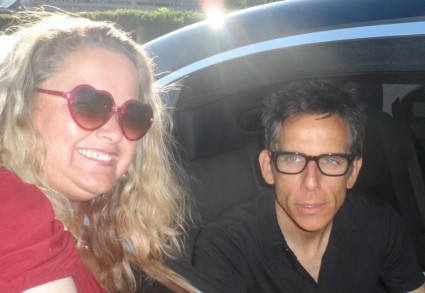 We’d already been waiting at the talk show when both Emily and Ben arrived and didn’t get much of a response. I think Ben waved, but Emily went right in. Drat. The end-of-show wait begins….it was an earlier taping to accommodate Ben’s premiere, so that was good. Still, it was hot outside and we didn’t exactly know when the show was filming. After an hour we saw a car pull up and a girl got out who looked like Ben’s wife, Christine Taylor. I’d always wanted to meet her, so we called her name and asked for a picture and, surprisingly, she came over. 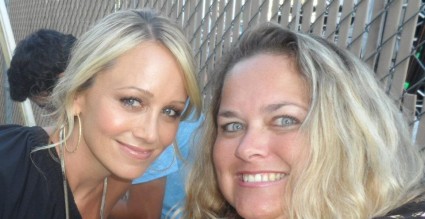 At first she tried to say she’d do it later (never a good sign), but finally she ran over and took pictures with the whole line (which consisted of maybe ten whole people). Score! Now even if Ben doesn’t come over, at least we got to meet Christine. 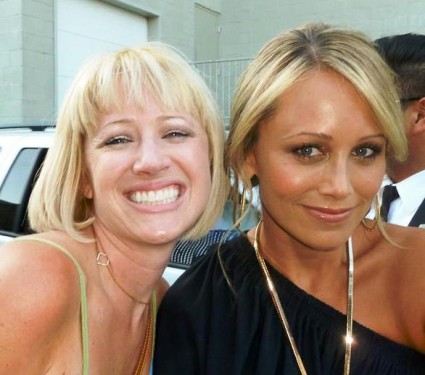 Shortly thereafter Ben came out and, just as expected, did the obligatory wave and left. Blurgh. Even when I know it’s coming it’s still a bit of a bummer. I was hoping for a better picture (one where he’s looking into the camera and not sitting in a car), but I’ll live.

After Ben left, it was a bit of a wait for Emily and Jef to come out. In fact, when they finally came out, we didn’t even see Emily. We saw Jef and started calling his name, not even realizing he was holding Emily’s hand and bringing her over as well. Hooray! We’d been hoping for the “double shot” so we were thrilled to see them both coming over. Emily and Jef were amazing to everyone waiting – they took their time, talked to everyone, and posed with anyone who wanted a picture. 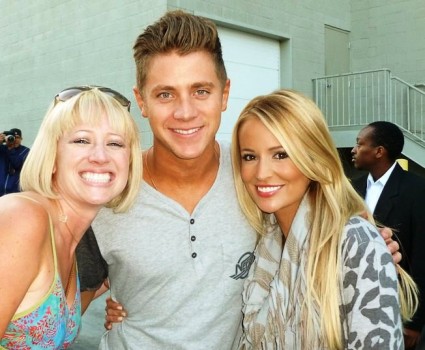 By this time more people had arrived, but they happily spent time with everyone before having to leave to catch a flight. Well done, Emily and Jef! It was nice to see them being so cool one day after their big three hour finale aired on ABC. It was appreciated. 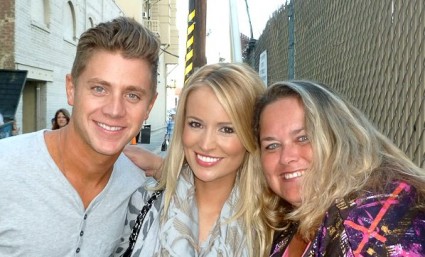