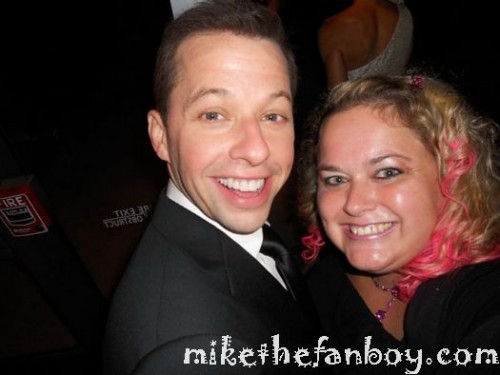 I can almost hear the iconic strumming of Psychedelic Furs now… Ah… Good times… Today, Pretty In Pinky discusses her love of… What else? Pretty in Pink! The iconic John Hughes produced, Molly Ringwald classic. Ah, good times… Personally, Pretty In Pink is one of my favorite films of all time, I even visited the “Pretty In Pink” house in Pasadena where they filmed this retro classic…

Check out her adorable article after the jump!

Hello, my lovelies. Pinky Lovejoy here to discuss the cinematic masterpiece that is Pretty in Pink. Of all John Hughes’ wonders, this one might just be my favorite. In fact, the only thing better than the movie itself is the soundtrack from the film – it’s truly amazing. If you haven’t listened to it, you must. It’s just that good. 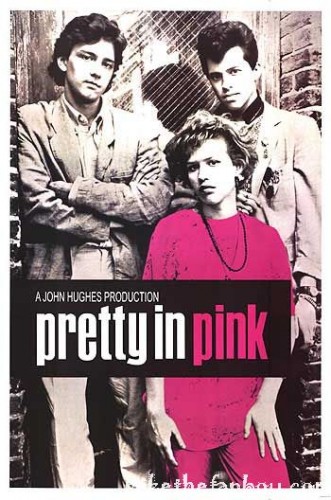 Here’s how much I love the movie – when I went to Prom a million years ago (OK, almost twenty to be exact), I found a way to watch the film on the VCR in the limo on the way to Prom. Nowadays something like that would be typical, but in 1991, this was a rarity. Not only did we watch the movie en route to dinner and the dance, I purposely selected a dress that closely resembled Andie’s (played by Molly Ringwald) dress in the film. 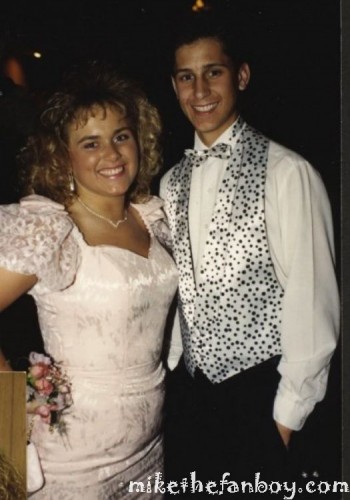 To this day, I have the album cover framed on my wall, and it’s been hung in every room I’ve lived in since 1989. Mikey likes to make fun of me for the beat up nature of my album cover, but I like to think of its beleaguered state as a bit of a love letter to one of my favorite films. 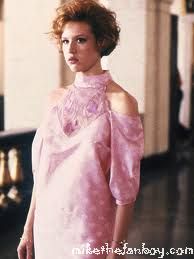 If it were a perfect world, I’d be sharing a story which involved meeting Molly Ringwald, having the fan experience I’ve always hoped for, and a photo opportunity with her which be worthy of making my Christmas card. Unfortunately, my recent yet brief encounter with Molly was less-than-perfect. Although I’d heard horror stories about her before meeting her, I hoped I’d be the exception and she’d somehow see on my face how much I love her and her work. I’ve seen everything she’s ever done and even bought her book. I’m a true, lifelong fan. Well, I was. Unfortunately, her people skills leave a little (read: a lot) to be desired and I basically left our meeting with a few tears in my eyes. 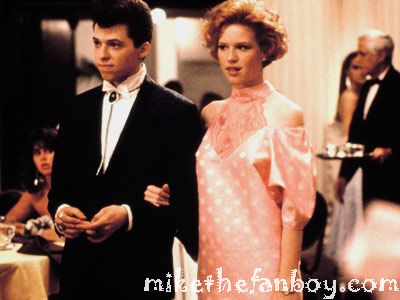 On the other hand, Jon Cryer, who played the adorable Duckie Dale, was a complete sweetheart. I met him at the Emmy awards last year and he was everything I’d hoped for. 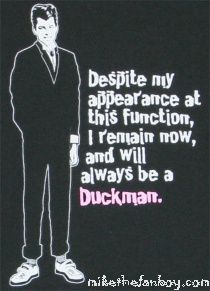 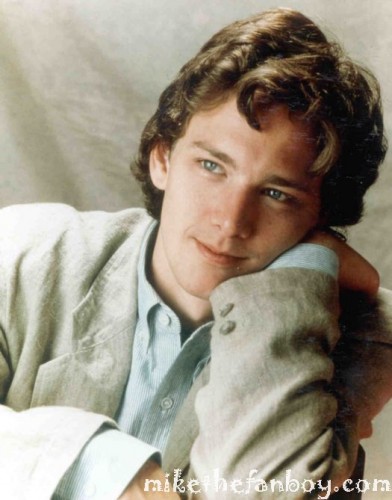 If you haven’t watched a John Hughes film, please rectify that immediately. Start with Sixteen Candles, then watch Pretty in Pink, and follow it all up with Breakfast Club. As a bonus, you can add in Some Kind of Wonderful and/or Ferris Bueller’s Day Off. Trust me, you won’t be disappointed. 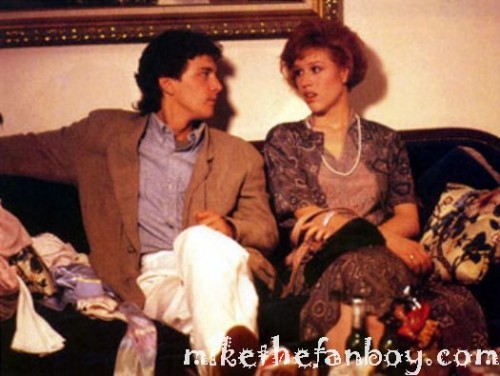 For additional pink fodder, please check out my blog at www.pinkylovejoy.blogspot.com. Until next time, I wish you jelly shoes, leg warmers, and fluorescent dreams. Have a pink day! Love, Pinky