You take the good… you take… The bad… You take them both… And there… There you have… The Facts of Life… Gotta Get Em Right!

Classic television! I love it! And yes, The Facts of Life is a classic… Starting in 1979 Facts of Life ran for nine years… Finally ending its run in 1988… Pinky is a huge fan of the show, as am I and she went off and tried to meet Mr. MacKenzie Astin who played Andy Moffet on the series… He was on for the final four years two with Charlotte Rae and two with Cloris Leachman who eventually adopted him… On screen at least… lol…
Check out Pinky’s encounter after the jump, and remember if you hear it from your brother, you better clear it with your mother… Got to get it right!

Hello, my lovelies. Pinky Lovejoy here to talk about the amazing and talented MacKenzie Astin. What’s that you say? Did you just utter the word, “Who?” Shame on you. Seriously, you should be ashamed of yourself because MacKenzie Astin is a cultural icon. A few of his credits include not one, not two, but FOUR seasons on The Facts of Life, Iron Will, and Garbage Pail Kids. Plus, he’s the son of Patty Duke Astin and the brother of Sean Astin. See, now you feel bad, right?

In a classic chicken-and-the-egg type of logic, I’ve been trying to figure out which brother I liked first. I know I started liking Sean Astin after Goonies (as we’ve discussed multiple times), but did I like MacKenzie before that? After that? Who can be sure? All I know is that apparently I’ve got a thing for brothers – the Astin brothers, the Wilson brothers, OK, well, maybe just two sets. It seemed like more. 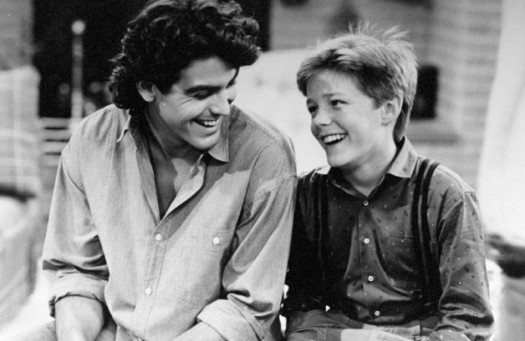 Recently MacKenzie was starring in a play in West Hollywood. Although Mikey and I said numerous times we’d get ourselves over there, sadly, we never did, so I was thrilled to learn that MacKenzie would be doing a Q&A the other night for Garbage Pail Kids. 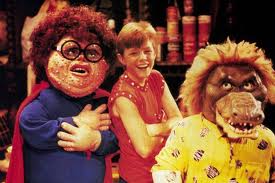 Now, Q&A’s are sometimes difficult to predict because you never know if the celeb will come for the entire screening or just the Q&A after the film. So, you kinda need to plan for both. As this was an old film, I thought he might attend the screening, so I arrived about half an hour before showtime. 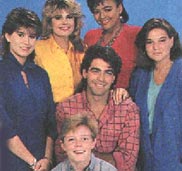 To my horror, when I got there, some fellow collectors told me MacKenzie had gone into the theater ONE MINUTE before I arrived (I drove an hour from my house to get there, so this was a bit devastating). If I had to wait for it to be over, I’d be there another two hours…gah!!!

Luckily, about ten minutes after I got there, I saw MacKenzie come to the doorway. Hooray! I called his name and he came right over to me. Seriously, MacKenzie Astin might just be the Nicest Celebrity Ever. He was amazing. 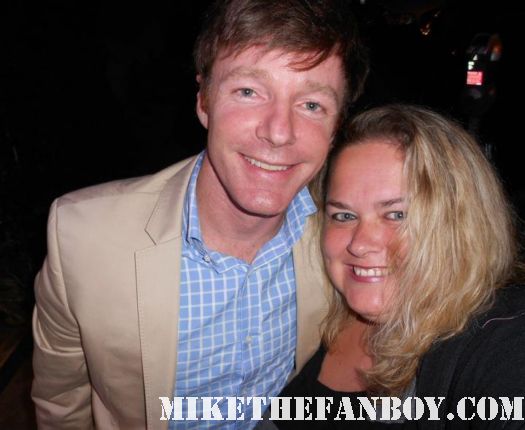 He posed with my adorable dog, Sammy, and when I told him I’d had a crush on him and that our birthdays were close together, he said, “Oh, is yours on the 11th or the 13th?” So cute. We chatted for a bit, took a few pictures, and then he had to go back inside. 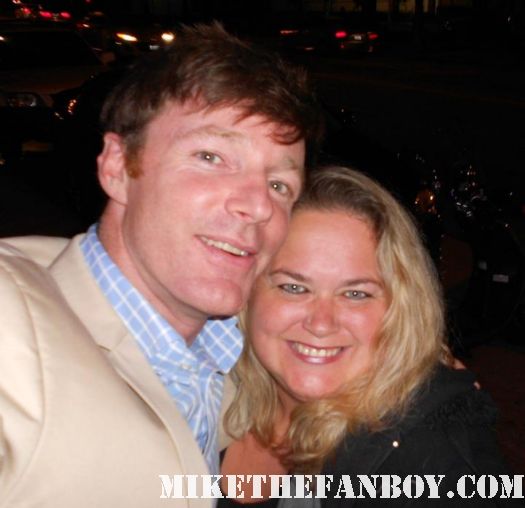 I loved him! It was so worth it for me to come out and meet him, especially after having been a fan for so long. 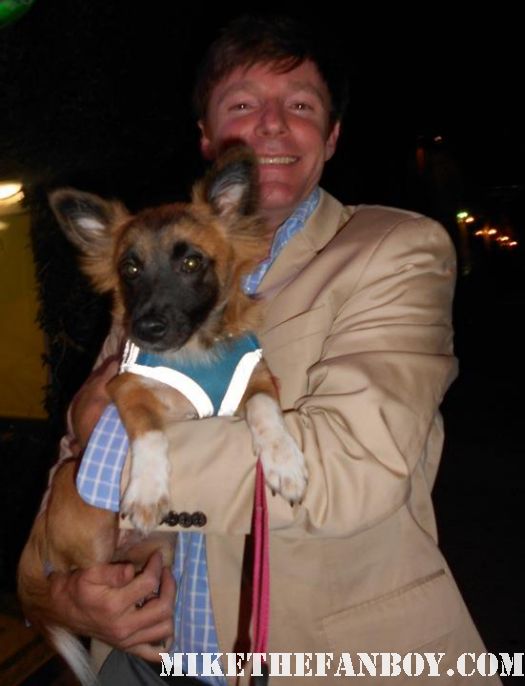 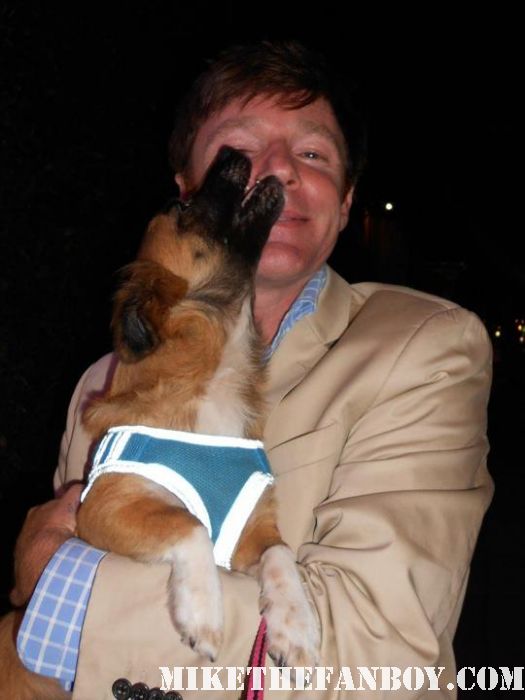