You know, I’ve always liked Mr. Matt Damon, but I’ve never had a chance to have a one on one encounter with him. I’ve heard stories about how nice he is, but except for a few random signings which were like mad dogs trying to pick apart the carcasses of a dead wildebeest that’s all I’ve had the opportunity to be involved in… Sadness…

Pinky, from Pretty in Pinky fame always seems to get this amazing one on one encounters and her brief meeting with Mr. Matt Damon is no exception. How luck can this girl get I ask you! LOL…

Check out her full report of her encounter with Mr. Matt Damon after the jump!

Hello, my lovelies. Pinky Lovejoy here to discuss the brilliant and amazing Matt Damon. I often get asked who the nicest celebrity I’ve ever met was and I always reply with the same answer: Matt Damon. Hands down, Matt Damon. Now, of course, other celebrities are nice, but Matt went above and beyond in the cool category when we met. Grab a seat and I’ll tell you a story.

The year was 2002 and it was my very first year at the Sundance Film Festival. I was lucky enough to finagle an invitation to the Project Greenlight reception held at a local bar because I was dying to meet Matt Damon and Ben Affleck. On a side note, at this point I’d met very few celebrities in my lifetime. I’d had the brief meetings with Jason Bateman and Josh Brolin – and a few others here and there – but nothing like it is now. Going to this event was a Big Deal in the Land of Pink.

I arrived at the event and tried to mingle. It was held in a tiny little underground bar off Main Street in Park City, Utah. After awhile I saw a group of guys all bundled up on the other side of the room. I kept exchanging random glances with one of them who was facing me, but I didn’t think much of it, as he was surrounded by guys and they seemed deep in conversation. Suddenly, I recognized him – it was none other than Matt Damon himself! He was wearing a jacket and a beanie hat, so I didn’t know it was him for quite some time. Once I realized it, I could barely contain myself and wanted to get over to his side of the room. 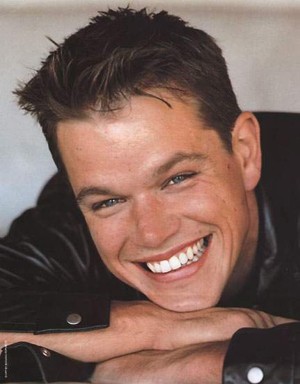 Somehow, I made my way over and tried to wait patiently for his conversation to break so that I could get a picture with him. Finally, I had my chance. He came over to me and was so so nice – not only did he happily take a picture with me, but he stood and talked to me for at least ten minutes. And it wasn’t some painful, forced conversation – I felt like I was talking to a friend. I asked where Ben was (not coming, sadly), we talked about how Matt had stayed in and played Scrabble at home with his girlfriend the night before (swoon), and I told him how I’d moved to Italy after being inspired by the imagery in The Talented Mr. Ripley (which is totally and completely true and probably a story I should share with you on a different day). 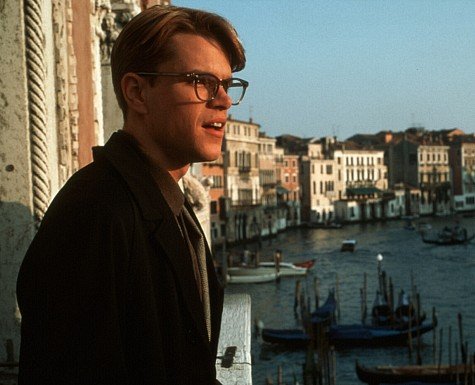 Near the end of the conversation, I told him I loved his Project Greenlight hat and he immediately looked at his friend standing nearby and said, “Could you get Pinky a hat please?” !!!!! Not only did he remember my name after ten minutes, but he gave me a present!!! LOVE him. 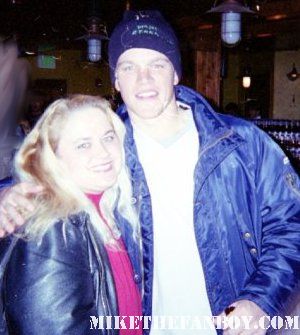 My only regret is that I’ve never seen him again. As much as I loved our initial encounter, I’d love to see him now to see if he’s still as nice as he was back then. I hope he is. I’m so happy to see how well his career has gone and what a lovely family he’s built with Luciana. I wish him nothing but the best. For additional pink fodder, please visit: www.pinkylovejoy.blogspot.com. As always, have a pink day!