I told the saucy Ms. Pinky that she needed to do a separate write up from the Oblivion premiere since she was able to finally get a photo with none other than Morgan Freeman.

For those of you not in the know… Morgan Freeman is a tough one to get. He rarely if ever signs autographs and getting a photo with him is just as rare! Pinky was so excited to finally get him, it was like Christmas. I was a tad irritated he signed like six autographs earlier down the line and then stopped. lol…

Still, it was a huge moment for our favorite Pink star!

Check out her full run down and the video after the jump!

Hello, my lovelies. Pinky Lovejoy here recovering from what essentially felt like being part of a battlefield at the Oblivion premiere yesterday. Don’t get me wrong – it was a lot of fun (so many friends were there!) 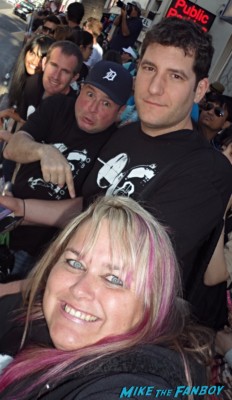 and it was a super successful day in terms of photo ops, but it wasn’t without its pain. 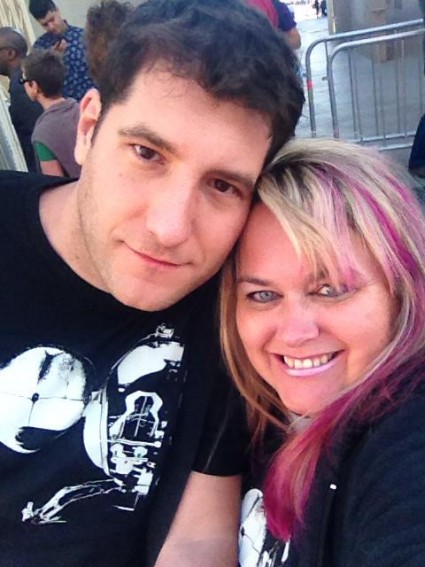 By the time Tom Cruise passed by me, I almost had a panic attack from all of the pushing and shoving. There were so many people clamoring to get a look at the iconic Tom Cruise that it took about five security guards just to HOLD the barricade so it wouldn’t fall. Wow. Just wow. 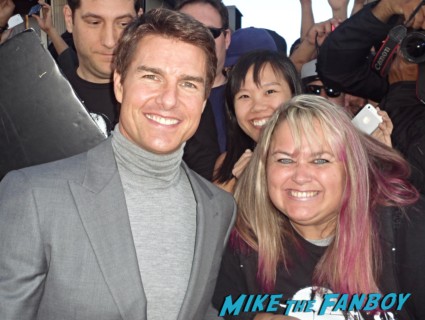 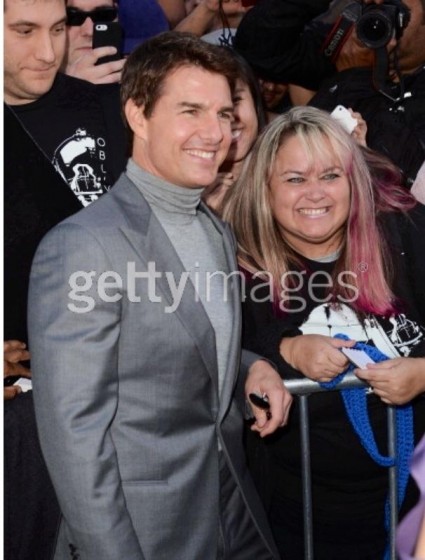 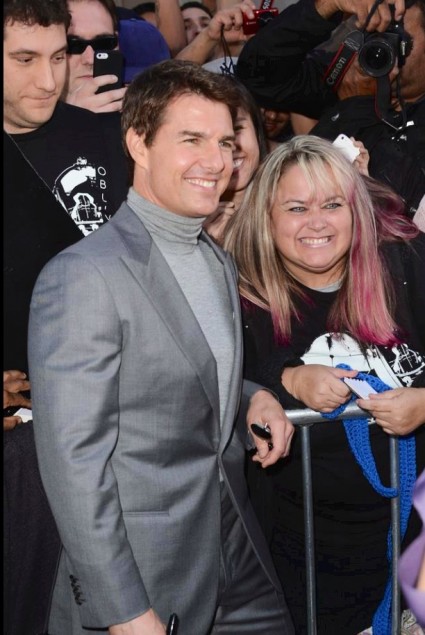 Now, you probably don’t know this (unless you do this type of thing a lot and then you do), but despite appearing as a friendly and jovial sport onscreen (in practically every Ashley Judd movie ever made), Morgan Freeman is a HARD celeb to get. Ask anyone who regularly goes out and does this for sport or as a career and you’ll hear the same thing: He just doesn’t do it. In fact, it was pretty much a joke amongst the line yesterday – I mean, it was a foregone conclusion that Tom Cruise would arrive early and take his time with fans, but Morgan Freeman?

I don’t think people even brought stuff for him to sign because it wasn’t even a possibility. When I saw the list of people coming from the film, I already had pictures with everyone except for Tom and Morgan. Never in a million years did I think I’d get a picture with Morgan.

Surprisingly, Morgan was the next to arrive after Tom. When he got there, everyone yelled and made jokes like, “Oh yeah, Morgan’s going to ‘rack!” To our surprise, he started walking over and – get this – actually picked up a pen! Now, I’m not sure how many autographs he signed, but it was less than ten. And then he started walking down the line in front of us. As he got near us, I heard him say, “I’ll shake your hand, but autographs take too long” (was he pulling a Billy Joel on us?). Figuring I had nothing to lose since he was going to shoot me down anyway (which is sometimes my favorite thing – hearing the ways celebs shoot you down – is that masochistic???), I looked at him and said, “Morgan, can I get a picture? A picture? A picture? Can we just do a picture?” I’m not sure of my exact words, but they were pretty much just me asking over and over until he, shockingly, said, “Sure, I can do a picture.” I was like, “WHAT?!” 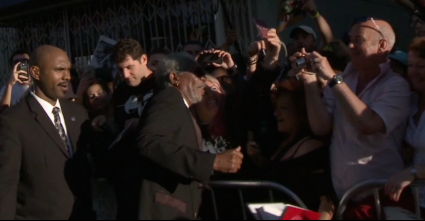 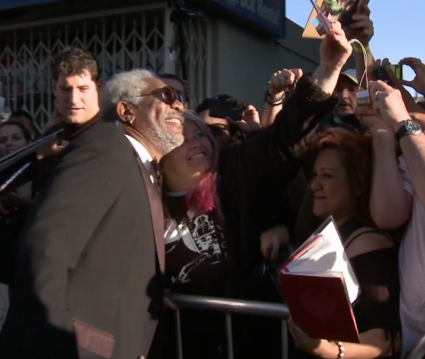 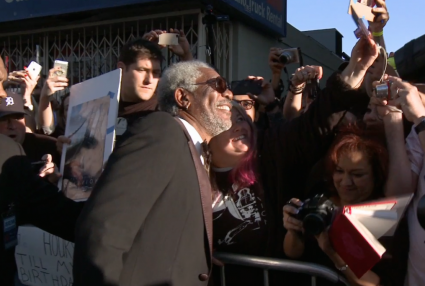 So, he ran over to me, posed, and said, “Do you love me?!” Um, when Morgan Freeman is actually standing next to you and posing, I’m pretty sure the answer should always be a resounding, “YES! Yes, of course.” 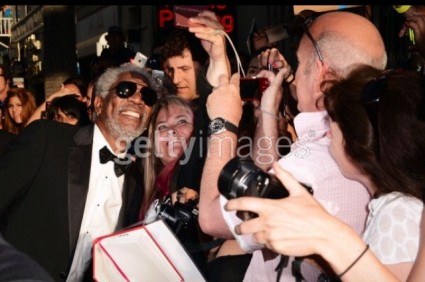 So, we took our picture and he went on his way. He was probably, oh, two feet from me when I looked at Mikey and (probably much, much too loudly) screamed, “I just got a picture with Morgan Freeman!” I mean, I was there, I saw it on my camera, and still I had to say it out loud to be sure it just happened. I’m still a bit stunned today. 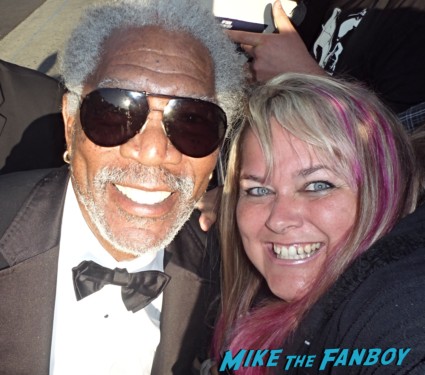 Overall it was a fun day. I hate premieres at Grauman’s with a passion and avoid them at all costs, but in this case it was worth it. Meeting Tom Cruise alone would’ve made my week, but Morgan Freeman was a special added bonus. Hooray!

MTF Reader and awesome guy Ryan also got a picture with Morgan! This is our… “We Just Got A Photo With Morgan Freeman Photo!” 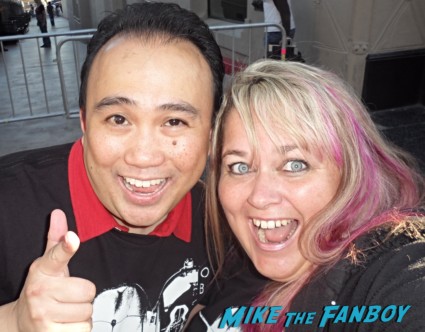