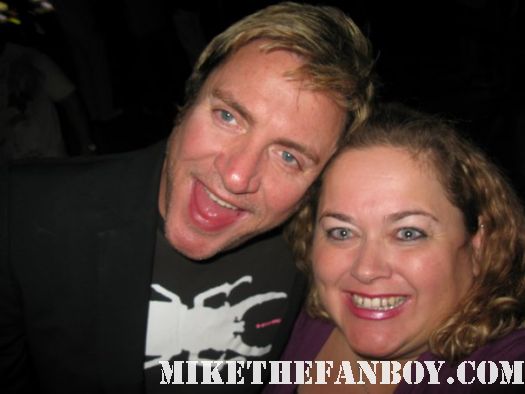 Her name is Rio and she dances on the sand… just like that river twisting through the dusty land… Sorry, again with the signing… just be very thankful you can’t actually hear me singing! Ugh… lol…

Today, none other than Ms. Pinky Lovejoy brings us another exciting adventure with her column Pretty In Pinky! Today, her subject is her love of Duran Duran! Actually, don’t let any of this fool you practically every conversation she has ends in Duran Duran at some point! HA! LOL… It’s funny cause it’s true!

Hello, my lovelies. Pinky Lovejoy is back to discuss one of the greatest bands of all time – well, in my mind, at least. You might disagree, you might be unfamiliar, or you might be one of my fellow Duranies (trust me, we’re everywhere). But whatever you do, you should listen to Duran Duran. At least try. What could it hurt? 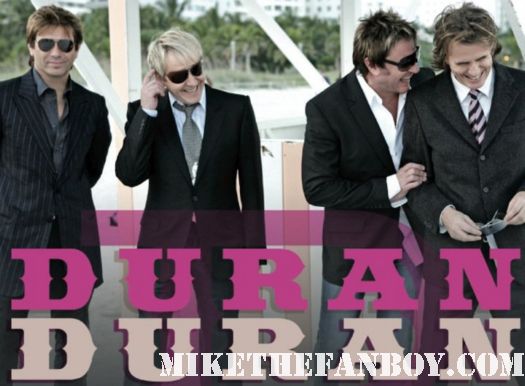 The first thing you need to know about my deep and abiding love for Duran Duran is that I’m a Nick girl. In my experience, every girl who’s ever liked Duran Duran has a favorite member of the band, and she’ll be more than happy to tell you which one it is within thirty seconds of discussing the band. My favorite from the start has been the keyboardist, Nick Rhodes. I don’t know what it is about him (well, aside from his talent and genius) or why I’ve always been immediately drawn to his sexy face, but he’s always set my heart afire just by looking at him. Even when he was wearing way more make-up than me. I loved it. Loved him. 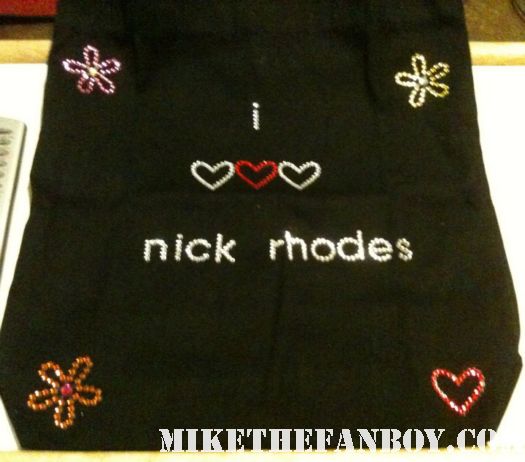 I began my love affair with Duran Duran in 1984. I remember staying up late nights talking to a fellow Duranie about adventures we’d have when we met the band. We’d have sleepovers and discuss how Nick and I would run away together or how she and John (I think she liked John, but it may have been Simon) would have four kids. We dreamed big and loved our boys. My sister and I would cut out every single picture of the band we found in magazines and paste the pictures into this ghetto scrapbook we made. Even today, the reason my 1984 Rolling Stone signed by the entire band is one of my favorite possessions is because that’s the year I fell in love with them. 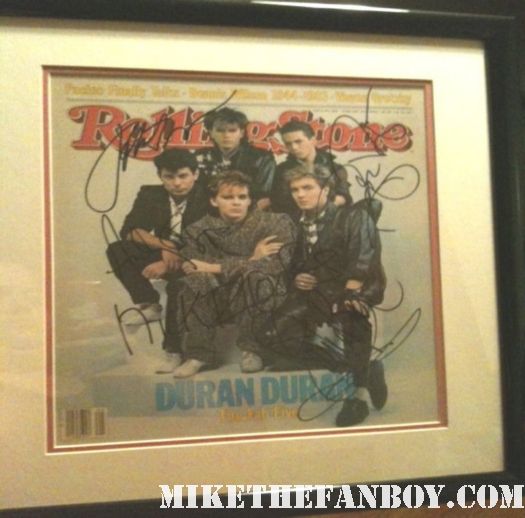 When Nick Rhodes got married wearing a lavender velvet tuxedo and top hat, I cried. I did. I couldn’t help it. My heart was broken. 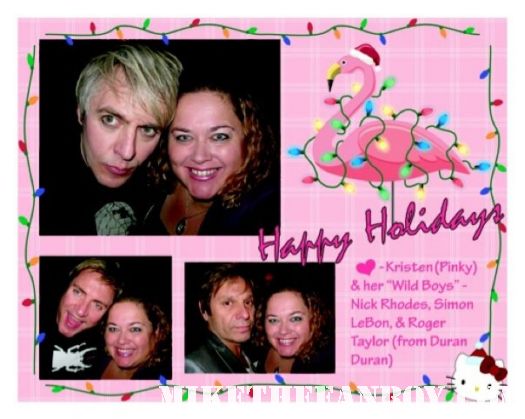 Over the years, I’ve seen the band play in Las Vegas, Nevada; Phoenix, Arizona; Salt Lake City, Utah; and several cities in California, but it wasn’t until a few years ago when I was finally able to meet them. Well, three of the four, at least – Simon LeBon, Roger Taylor, and, happily, my beloved Nick Rhodes (I still need to meet John Taylor). I was so overwhelmed with emotion after I met them that I literally shook and cried tears of joys for what seemed like forever. I’m even crying in the pictures. Ridiculous. 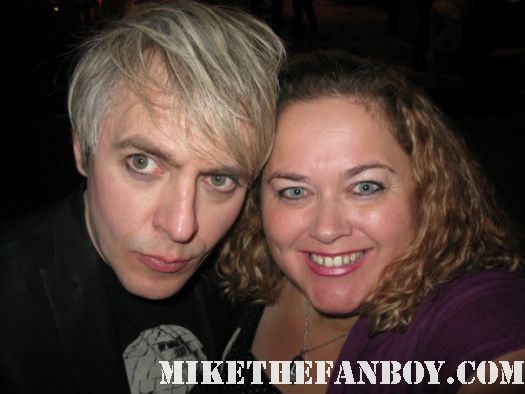 One of the things I like best about Duran Duran is their ability to change and adapt to the changing times. While many acts that were popular in the ’80s are now touring in a variety of low-level Regeneration Tours or ’80s Flashback Tours, Duran Duran has managed to not only stay current, but still keep their original sound that we all fell in love with. Their current album “All You Need Is Now” is amazing, especially hearing it live. Their marketing strategy with the CD release and mini-tour has been nothing less than genius and I applaud whoever is behind it for their use of social networking tools like Twitter and Facebook, as well as the choice of brilliant venues – even playing both Coachella and SXSW. Not only are they playing old tunes we love in concert, they’re incorporating their new music and gaining a whole new fan base. I love seeing how much they enjoy performing and I love being able to read their tweets. I was front row at their concert last week (which is the polar opposite of the first concert of theirs I went to a million years ago when I was so far away they looked like ants) and it was like seeing them for the first time. These guys are an average age of 50 and they’re outperforming anyone I’ve ever seen. Seriously, they blow my mind. Every single time. I just love them. 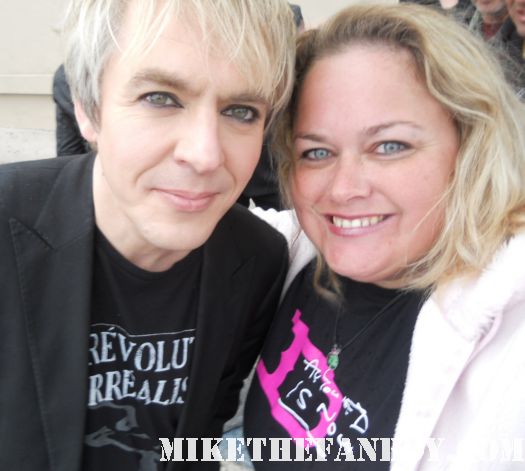 Then again, it doesn’t hurt that Nick Rhodes is adorable. You might recall CB’s article about Nick signing my leg (which I then had tattooed) – let me tell you, there aren’t many people, who’d be worthy enough to sign my leg. Only one. Nick Rhodes. I gave him a gift bag and he signed my leg, as well as our last photo together. He’s the best. 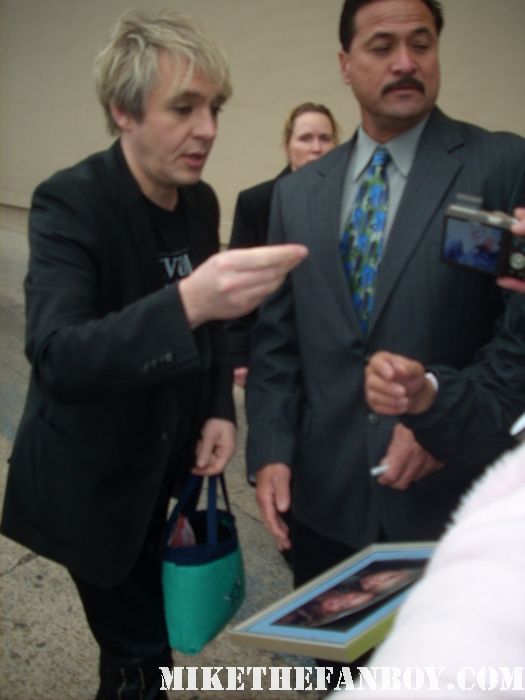 If you haven’t checked out Duran Duran’s new stuff, I encourage you to do so because it’s really, really good. Or, you might just stay with the old classics because they never get old. Whatever you do, wherever you are, your day will be brighter and better if you just add a little Duran Duran to it. I guarantee it. As always, have a pink day!