There is only one person here at MTF that could get me to write the two most dreaded words in cinema without writing “douche” after them. Those two words you may ask… Dax Shepherd (douche), or as I call him “The Jackass who ruined Kristen Bell.” I love me some Kristen Bell, loved her series Veronica Mars and still do, and up until she met… Gulp… Dax Shepherd (douche)… She was super nice… Now, let’s just say she’s hit and miss because he’s such an ass…

Ms. Pretty in Pinky is giving us the second part of her Sundance 2012 recap by filling us in on the celebs who are only nice at Sundance! lol… It’s crazy but true… Perhaps it’s the altitude!

Hello, my lovelies. Pinky Lovejoy here to recap a few more pictures from Sundance. As promised, I thought we’d talk about the celebs who were nice at Sundance, but, surprisingly, aren’t necessarily nice in LA. Now, last year I met some fellow celebrity enthusiasts from New York who said there are celebs here in LA who are totally different when they’re in New York, which I found interesting to say the least. For example, Julie Benz, who would probably braid your hair in LA if you asked her, is reportedly not nice in New York. I can’t even imagine her being anything less than amazing because every time I’ve seen her she’s been over-the-top nice to everyone. But, I digress.

The point, of course, is that there are celebs who aren’t fan friendly in LA, but put them in the snow, and they’re a dream. In no particular order, here are a few celebs I was able to get a picture with at Sundance:

1)      Dennis Haysbert – At the Kung Fu Panda premiere last year, I watched Dennis Haysbert walk past the entire barricade of fans calling his name and refusing to sign a single autograph. His excuse was the tired, “If I do it for you, I’ll have to do it for everyone” line, but, really, we don’t expect you’ll get to everyone. We do this regularly, we know you’ll do your best. But, to not even try seems like a slap in the face. Shockingly, at Sundance he was more than happy to stop and pose for a picture. Go figure. 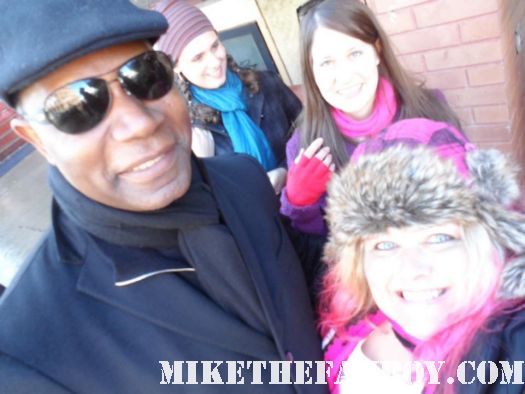 2)      Anthony Mackie – I’ve been at a variety of events where Anthony Mackie was in attendance and I’ve never seen him so much as wave at the crowd. There will be throngs of people clutching magazines with his face on them, and he doesn’t even pay them a measly glance. At Sundance, however, he was everywhere: Walking down Main Street, sitting in the theaters (not in a VIP section, mind you, but in the regular seats), even at the Closing Awards Party. When he was sitting in the theater a volunteer finally asked him if he wanted to move since so many people were approaching him for pictures, but he declined moving and said it was fine. Come again? This is the same person from LA? Huh? When I saw him on Main Street, he not only agreed to the picture, but he insisted on taking the picture himself. Maybe snow makes him happy? 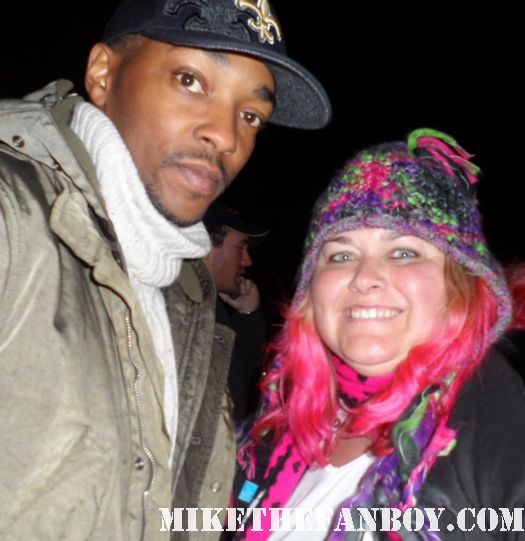 3)      Cillian Murphy – At the Inception premiere last year, it seemed like the entire cast crossed the street, at least for a moment. I can’t remember Cillian being one of these people, but it’s possible he did. They were far away and only signed on the very end of the street, but most did cross. If Cillian crossed, he signed like maybe two autographs. A picture? Not a chance. At Sundance he wasn’t the friendliest person I’ve ever met, but, he did it. Perhaps a bit begrudgingly, but whatever. He did it. As it’s way more than I’ll ever get in LA, I’ll take it. 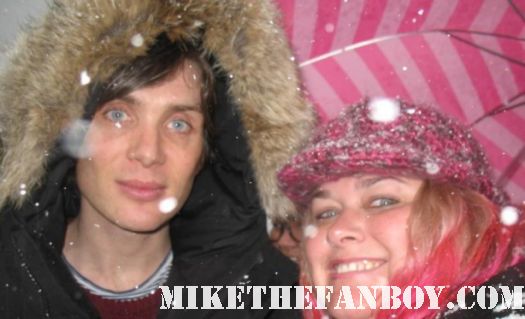 4)      Dax Shepherd – This was my second encounter with Dax at Sundance and both times, I must admit, he was super friendly. A few years ago we saw him running down the street and when we asked him for a picture he went on and on about being in a big hurry, he wasn’t trying to be a dick, and if we saw him again, he’d certainly take a picture with us. Sure enough, the next day we saw him again and when I reminded him what he said, his response was, “I did say that, didn’t I? Well, then, let’s do it.” He took pictures with EVERYONE and was in a great mood about it. Apparently in LA it’s another story, but I only know him from Sundance and both times he’s been awesome to me. 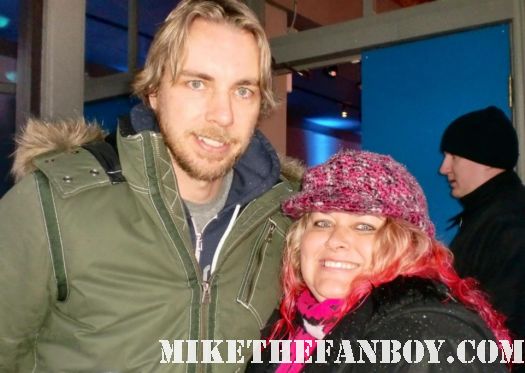 5)      Vera Farmiga – To be fair, I’ve never seen Vera in LA, but I haven’t heard pleasant things from other collectors. I have seen her at Sundance in past years and our encounters weren’t pleasant. In fact, last year someone (I’m not saying it was her…it could’ve been her “handler” as it all went so fast) actually HIT my arm out of the way when I tried to get a picture with her. The nerve! Because of this I had a less-than-pleasant nickname for Vera (which I’ll keep to myself since she’s redeemed herself). This year she was over-the-top nice to me – asking my name, saying she liked my hair color, etc. Darnit. Now I can’t call her the nickname anymore. Oh, well. I’m stoked I got my picture! 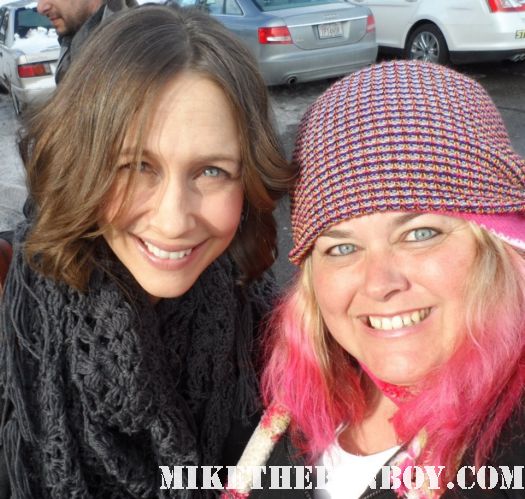