Pinky Pinkerton is back to the living… At least the moderately warm, lol… Sundance was an arctic tundra after all. I loved getting the Pinksters reports as I know did all of you. So, here she in the flesh to recap all of her adventures in the snowy wasteland…

Check out the first of Pinky’s Sundance recaps after the jump, and give Pinky a WARM welcome back to LA LA Land!

Hello, my lovelies. Pinky Lovejoy here to recap my Sundance Film Festival experience this year. Now, of course, if I were to list all the things I wanted, it’d be far, far too long, so I thought it best if we broke it into a few parts. Today’s list? Let’s start with a positive, shall we? How about the Top Five Pictures I Was Most Excited About?

Now, these aren’t in any particular order, but rest assured I was super excited about each and every one.

1)      Jake Johnson. While I’m not a big fan of The New Girl, I am a fan of Jake Johnson. I think he’s adorable. I’ll be his new girl any day of the week (oops, did I just say that out loud?). I missed him at an event about a month ago and have been kicking myself ever since. Luckily, I saw him walking down Main Street at Sundance and he was as nice as nice could be. Love him! 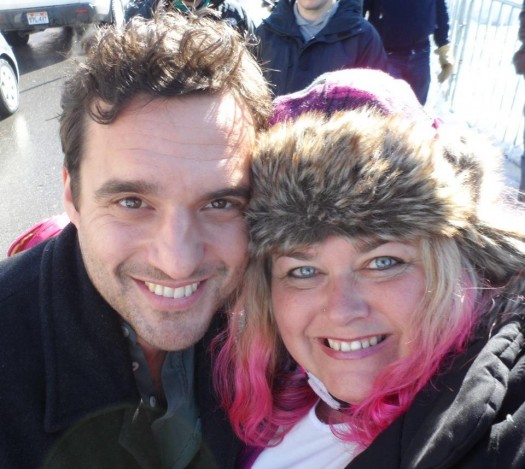 2)      Tommy Lee. One of my biggest “unicorns” at Sundance, Tommy Lee is rumored to be there every single year. Yet, somehow, in eleven years I’d never seen him. This might have to do with him possibly not showing his face during the day (I’m assuming – I have no idea if that’s really true…) or if I’m just in the wrong place at the wrong time, but the planets aligned this year and Tommy Lee walked right by me on the sidewalk. Score! I’m not really sure if it was necessary to blather on as much as I did when trying to get the picture – he probably would’ve done it anyway – but, I totally “pulled a Pinky” and recited some novel in order to convince him to stop. Hmmph. Oh, well. He did it! Hooray! 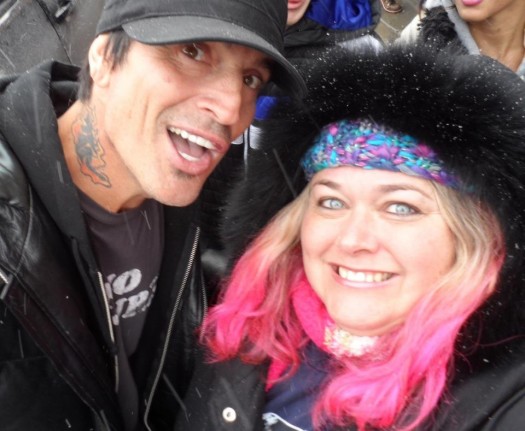 3)      James Marsden. Many moons ago, I actually got a picture with James Marsden at Sundance. However, something tragic happened with my camera and by the time I got back to my seat, anxious to see the picture, it had vanished. Boo! Happily, James is sweeter than pie, and was happy to pose again on the street this year. Swoon. 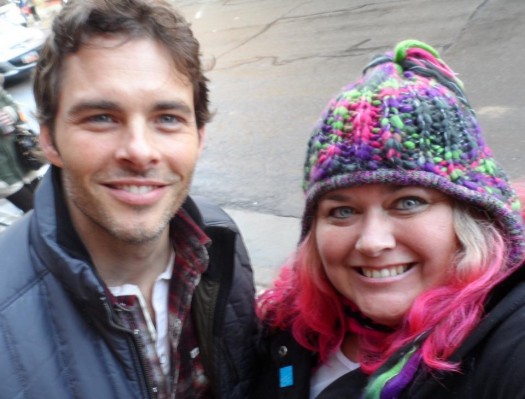 4)      Jason Mraz. As a huge fan of his work, I’ve wanted to meet Jason Mraz forever. I’d heard all these rumors of how fan friendly he is, but I’d yet to see him in the flesh. This year I had my chance not once, but twice, as I met him on the street one afternoon and then got to see him perform at a private event later that night. Score! Oh, and the rumors were true – Jason is amazing to fans. There were a few girls waiting with us who were crying and freaking out and he was just as cool as can be. Top notch. 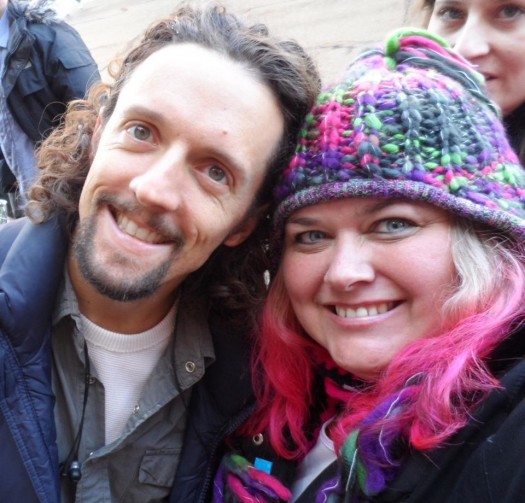 5)      Chris Rock. I’m not sure if we’ve discussed this or not, but I’m the biggest Saturday Night Live freak around – to this day I never miss an episode. The glory days, in my opinion, were back when Mike Myers and Dana Carvey ruled the airwaves – joined shortly thereafter by Adam Sandler, Rob Schneider, David Spade, Chris Rock, and Chris Farley. That’s the true “Dream Team” to me. I’ve had the good fortune to get pictures with Rob and David (pitter patter goes my fluttering heart), but I’d yet to meet Chris. I’d heard he’s not super friendly, but I didn’t care – I was dying to get my pic with him. After two sad attempts, I saw him walking and managed to get a fantastic picture together. SO STOKED! Plus, hearing him say, “What’s up, beautiful?” made my entire year. Thank you, Chris. You rock! (see what I did there….groan….). 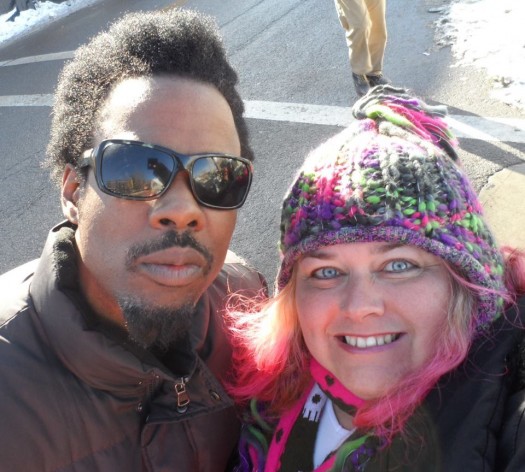 Next week we’ll talk about the celebs who are, apparently, only nice at Sundance. For additional pink fodder, please check out www.pinkylovejoy.com. Until then, have a pink day!