Home / Hall Of Fame • Pretty In Pinky / Pretty In Pinky! Reporting On The Coolness Of Jason Ritter! That Awesome Dude From NBC’s The Event and Pinky’s #2!

God Bless Pinky! You know, she’s just awesome. Here she is talking about one of her favorite celebrities of all time, The Event star Jason Ritter. Jason is the son of John Ritter from Three’s Company and has/is making quite a name for himself.

Pinky has now met Jason more times than I could count and each time he’s hyper nice. So, she thought it would be nice to do a little gushing about the coolness of Jason Ritter!

So, I say on with it! On with the coolness of Jason Ritter Ms. Pretty in Pinky! Awesome!

Hello, my lovelies. Pinky Lovejoy here to talk about one of my favorite celebrities on earth. No, not Sam Trammell (although, really, I’m happy to talk about him anytime), but the adorable and awesome Jason Ritter (yes, John Ritter’s son). I first met Jason back in 2005 when he was promoting the film Happy Endings at the Sundance Film Festival. After the screening, I made my way up to him and asked for a picture. 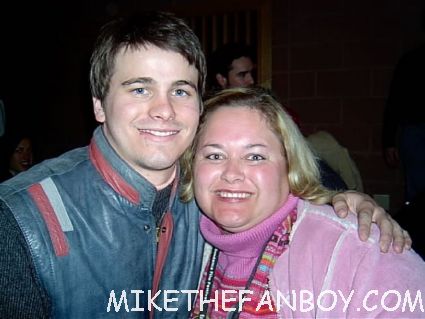 While I was there, I also let him know how sad I was about the passing of his father and I almost teared up (as I was a HUGE fan of Three’s Company). Jason was very friendly and thanked me for the sentiments. The next year I saw him at Sundance again. 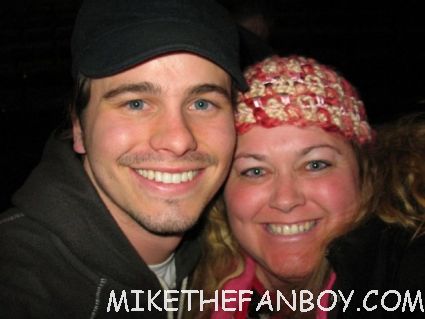 And the year after that. 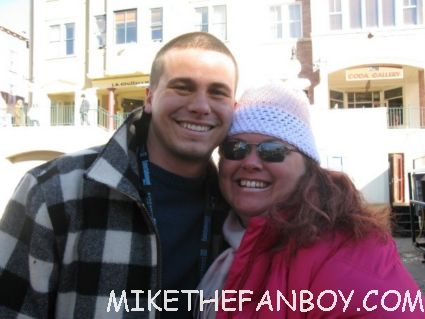 In fact, I think there’s only been one year since 2005 when we didn’t get our annual Sundance photo (and that was only because he didn’t come to the Festival that year). Eventually he started to recognize me and now he says, “Hi, Pinky” and gives me a big hug every time we see each other (which is far more often than you’d think considering it’s almost always at random).

I adore Jason Ritter. Not only is he extremely talented, but he is amazing to fans. I love watching him interact with everyone who comes up to him. He never seems annoyed, he never seems put out. He happily chats, poses, and takes his time with people, which is so appreciated. 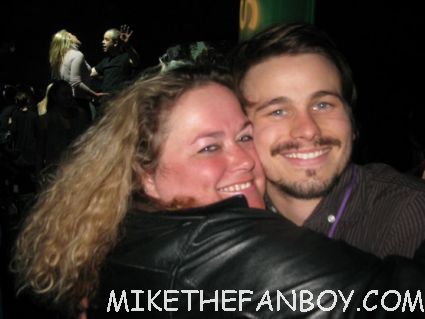 Yes, I realize he’s still a bit of an “up-and-comer” in terms of the fame game, but over the years I’ve watched him more and more recognized and his feet seem securely planted on the ground. 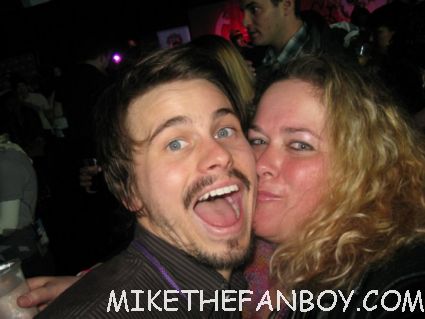 Thank you, Jason, for being so cool. You are fantastic and I believe you deserve every success in the world. I’ve included all of our pictures to share – although I think there might be a few missing. Can you believe it? I told him I want to get up to 100 pictures with him….I think we’re on track! 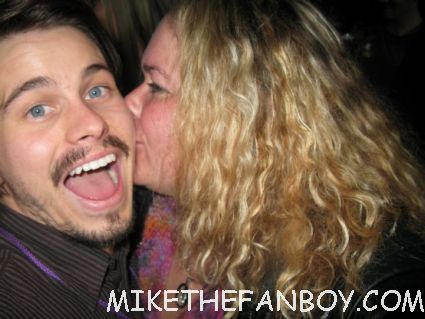 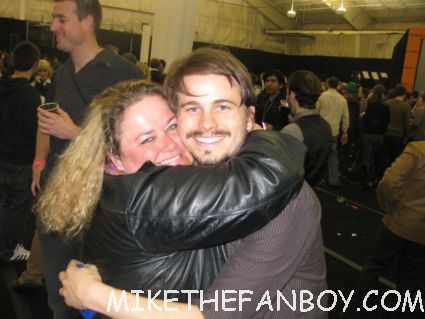 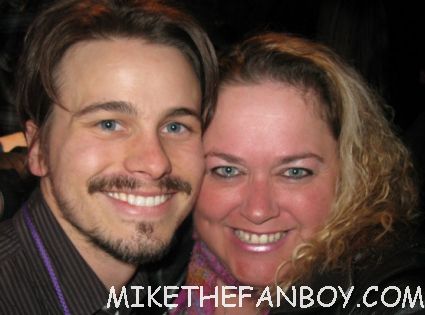 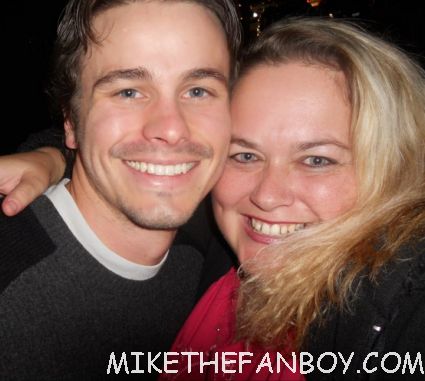 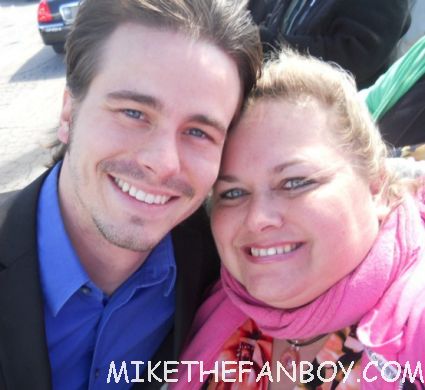 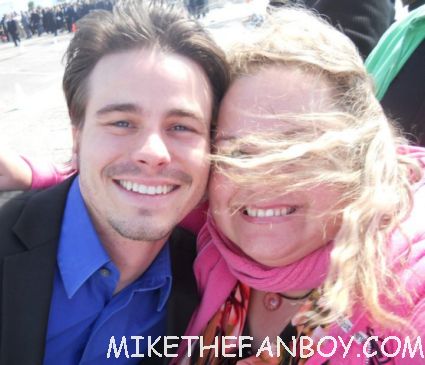 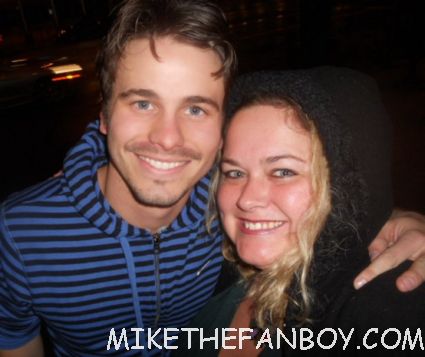 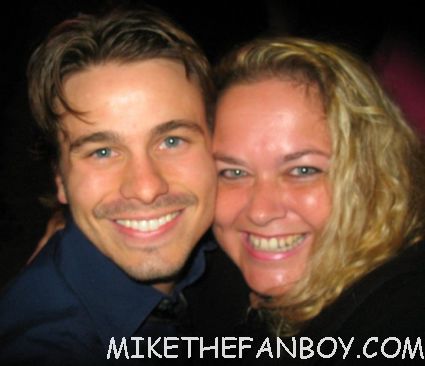 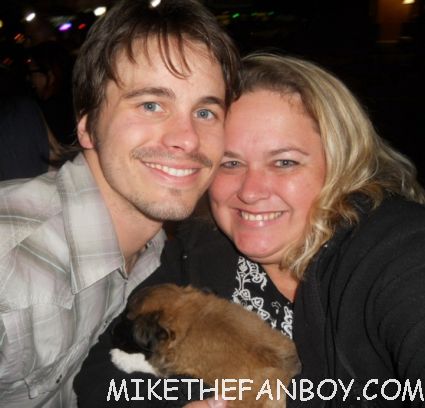 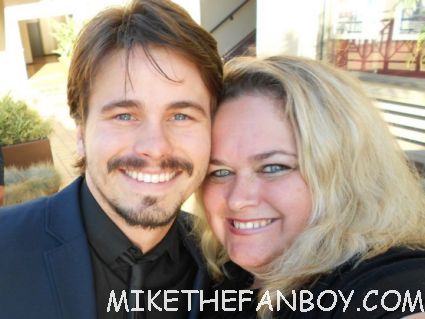 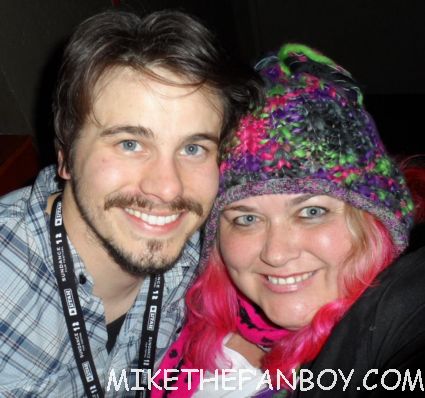 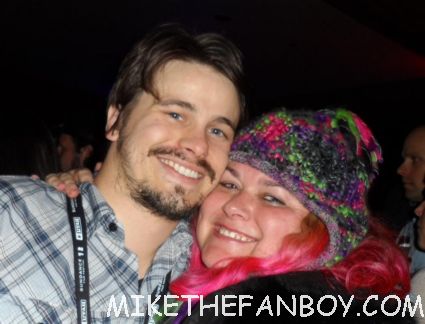 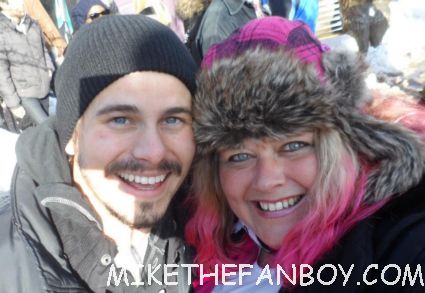 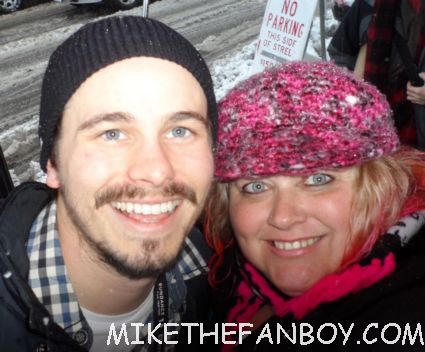 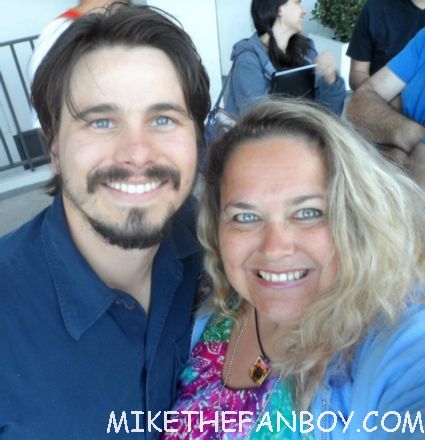