Home / Fanboying! • Pretty In Pinky / Pretty In Pinky: The Story Of How Pinky Got Saved By The Bell and Became Friends With Screech Himself Dustin Diamond!

Oh, that Ms. Pretty In Pinky! She woke up in the morning, and the alarm gave out a warning, I doubt she’ll make it on time… Well, if you can remember that paraphrased portion of that iconic theme song then I have a treat for you… Pinky is getting Saved By The Bell with Dustin Diamond! LOL… Just writing that made me a tad giddy.

Ms. Pinky has been cough… cough… friends with Dustin for some time, and has shared a little bit about their relationship over the years. It’s a must read kids!

Hello, my lovelies. Pinky Lovejoy here to talk about my love affair, er, scratch that……I mean, what’s a lady without a few secrets, right? And yes, I did call myself a lady (stop laughing, Mikey). As we all know, good little girls (again, no laughing) don’t kiss and tell, so I’ll do my best to tell my tale without giving *too* much away. 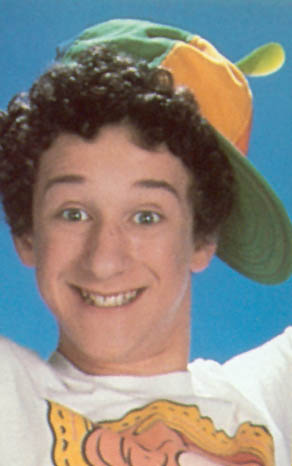 While I’m ashamed to admit it, I may or may not have enjoyed an episode (or fifty) of Saved by the Bell. Try as I may to stay away, there really wasn’t much variety on TV on Saturday mornings back in the day, so there you go. I watched it, OK. Sue me. Now, I wasn’t really into any of the boys on the show (surprisingly), as my heart was already spoken for by Ricky Schroder and Nick Rhodes. 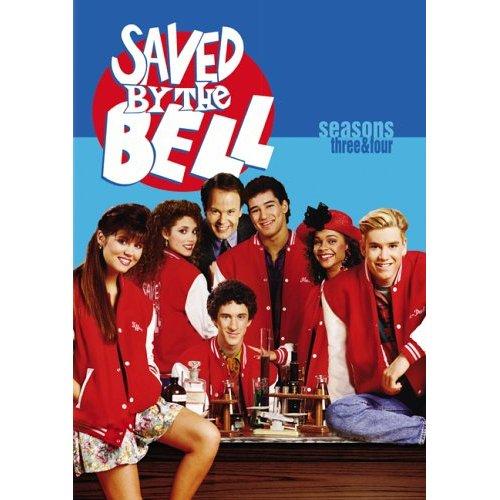 Still, the show was entertaining in a mindless fashion and I liked the Zach/Kelly story (did I really just quote a storyline? Egads). But enough about that. Here’s where the story really begins: When I first moved to SLC about ten years ago, I found out that Dustin Diamond (Screech Powers himself) would be performing stand-up at a local club. How could I stay away? 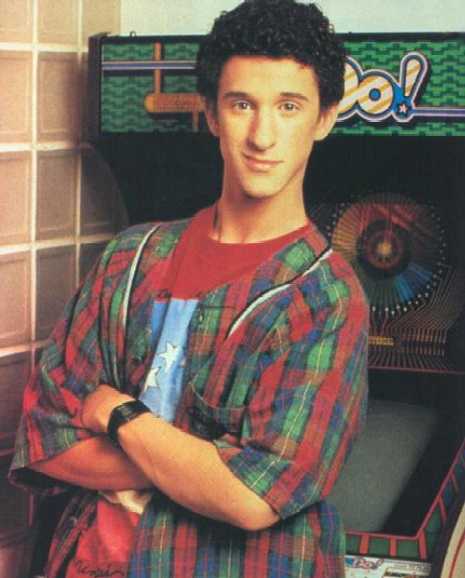 I convinced my friend to go with me after work one night. Honestly, it was an innocent adventure – I thought we’d have a fun night out and that would be the end of that. I had no way of knowing that watching Dustin perform “blue” comedy would somehow make me wildly attracted to him. How could one anticipate such a thing? It’s ridiculous. So much so that I remember sitting in the audience feeling attracted to him and thinking, “I can never tell anyone about this. Am I really attracted to Screech?!? Gah!” 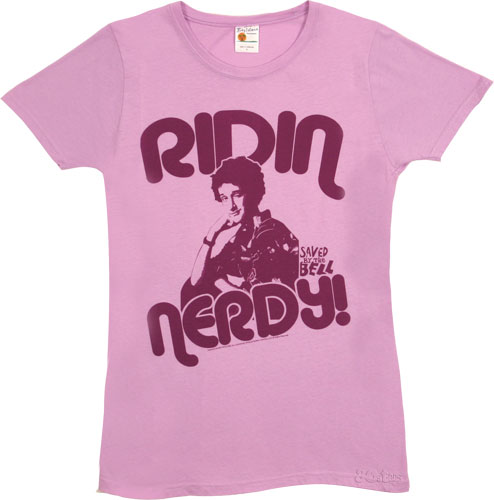 To illustrate how not into this night I was initially, I didn’t even bring a camera. Anyone who knows me will be shocked, but it’s true. I attended a celebrity event without a camera. As I quickly regretted that decision, after chatting with Dustin a bit after the show (where he seemed to talk right to me and ignored the rest of the line), I went to a local gas station and bought two things – a disposable camera and a cherry pie. Yes, you heard that correctly. I then proceeded (because, obviously I’m SUPER classy) to write my phone number on the cherry pie and give it to Dustin when we went back. Yikes. Ballsy. When I got back to the club, the security guy assigned to Dustin said he’d been asking about me and where I went. Good sign, right? So, we took the picture, I gave him his, er, dessert, and….well, now, see, as I mentioned before, I’m going to have to leave the rest to your imagination. 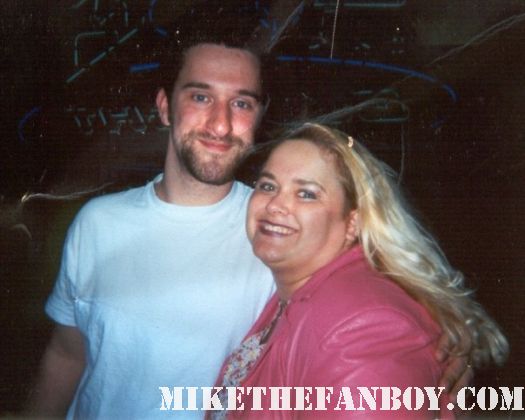 I will neither confirm nor deny any allegations of a possible interaction with the aforementioned comedian. I will, however, let you know that for the remainder of my years in SLC, I saw Dustin every time he came into town – which was usually on an annual basis. 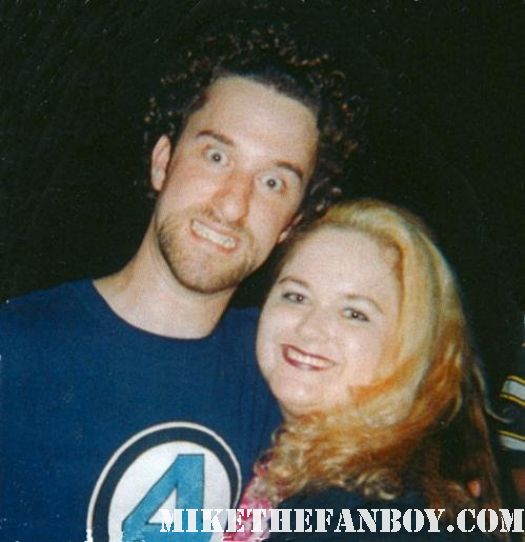 I have quite a collection of pictures with him – my favorite being at Sundance when I was wearing this joke shirt my bowling team bought me for Christmas. I’m not sure Mikey will post the picture (come on, Mikey, post the picture), but I hope he does. I hope he posts them all, so you can see our friendship over the years. 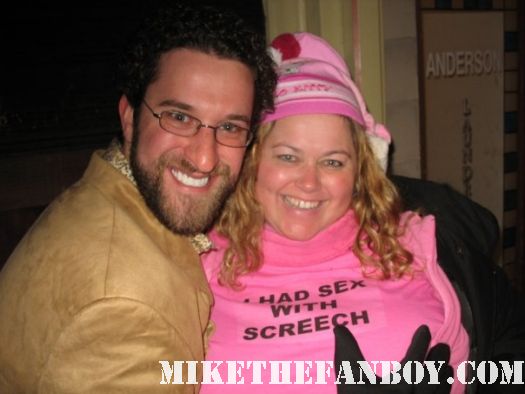 It’s been several years since I last saw Dustin and, to tell you the truth, I miss him. He’s a really cool guy. I know his on-screen persona is a bit much (I didn’t watch anything he’s been on, I’ve just heard from other people), but that’s not how he really is. Dustin is incredibly smart, very cool, and ridiculously funny. 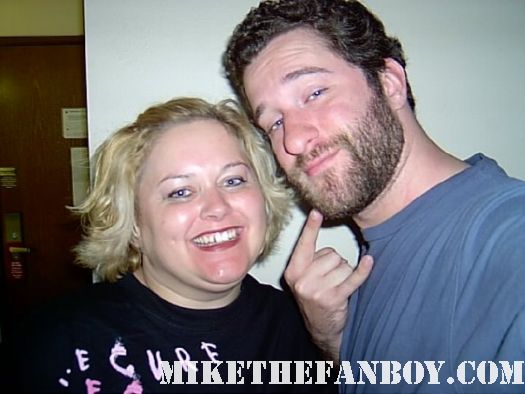 I loved being around him, I loved having long, heated religious debates with him (which we did fairly often) and I’m thrilled to have shared brief but memorable amounts of time with him over the years. I hope he’s doing well and that our paths cross again one day. I would love to see him again. For additional pink fodder, please visit: www.pinkylovejoy.blogspot.com. As always, have a pink day! 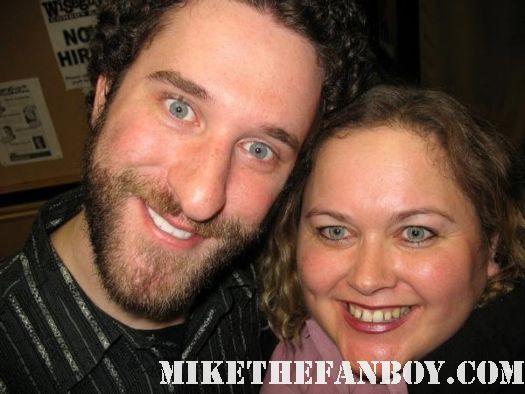 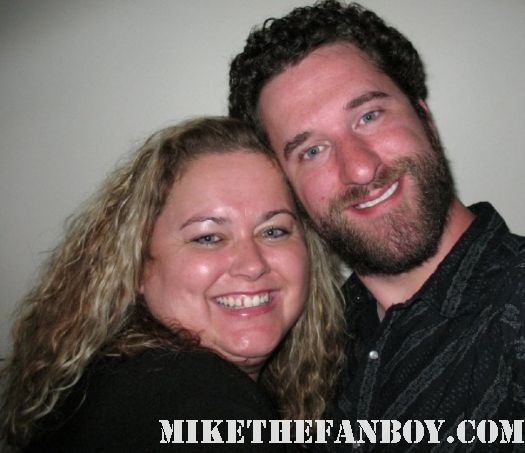 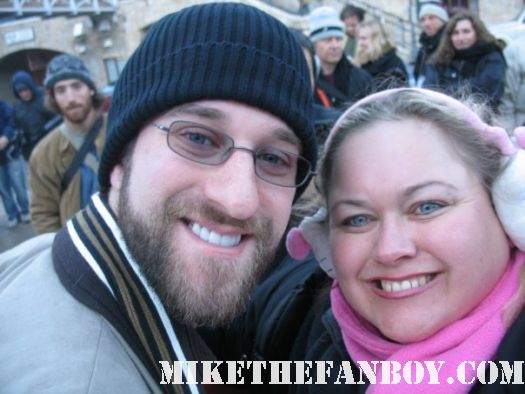