I’ll tell you it kind of kills me that I missed this… Really… There is no bigger fan of the Vacation films than me. I mean, I love them. I love European Vacation, Christmas Vacation… Hell, I’ll even watch Vegas Vacation on occasion… I know… Dedication.

Well, for the first time in my collecting years Ms. Beverly D’Angelo was out and about, and where was Mike The Fanboy? Indisposed… DOH! Ah well… She’ll be out again. And it warmed my heart to hear how amazing she was to her fans. Really…

Ms. Pinky was out and about for her, and had great success! Check out her report after the jump!

Hello, my lovelies. Pinky Lovejoy here to talk about someone who is truly a class act. Unlike some other unmentionable Hollywood starlets who are too big for their britches and not only leave their fans empty-handed, but then go home and call them names on Twitter (fine, I’ll mention her – Leslie Bibb), Beverly D’Angelo knows how to treat people. Despite being mobbed by upwards of twenty people at once when she was trying to get out of her car (as you’ll recall, there were a mere five people waiting for too-cool-for-school Leslie Bibb), Beverly took her time and made everyone feel special. 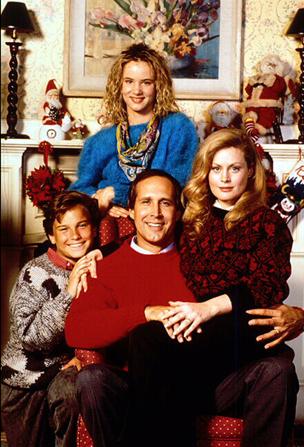 I had the privilege of meeting Beverly last week at a play opening. While she was on the list of guests to arrive, I wasn’t sure if she’d show (as a list doesn’t always guarantee they’ll all come, as we’ve found out time and time again). Still, it seemed like every collector on earth had come out of the woodwork for her. From what I was told, Beverly is “rare,” meaning she doesn’t go out that often. Hence the mass of collectors. 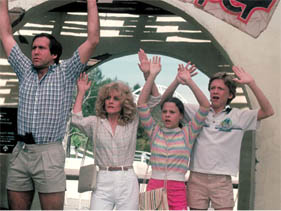 Now, I’ve always enjoyed Beverly’s work. The most notable, of course, were the Vacation films, but I’ve recently enjoyed her role on Entourage as someone who could stand up to Ari. She looks fantastic and I was eager to get a picture with her, but as I mentioned before she was swarmed with people. Unless it’s someone I’m dying for, I don’t like to fight the masses. I’d much rather have a one-on-one experience with someone than possibly get punched in the face during a mob scene.

At some point, Security was called to escort Beverly to the red carpet because of the throngs of people surrounding her. I noticed that even though they were pulling her to the carpet, she was still trying to sign everything that’d been put in front of her face. And she wasn’t rushed about it, she was kind. The closer she got to the carpet, the more I started thinking I might have a shot and made my way closer to Beverly, who was still signing and signing her life away. Finally we made eye contact and I was able to ask her for a photo. She enthusiastically replied, “Sure! Get in here!” and helped pull me in towards her (although I could tell Security was trying to thwart my attempt, Beverly totally ignored them). After our picture my friend got one, as well, and I was thrilled to have seen such an icon be so great. Sadly, the Leslie Bibb debacle was later that same week, which soured me on her forever, but I still have the memory of Beverly to make me smile and show me how stars should be. Thank you, Beverly. I truly appreciate it. 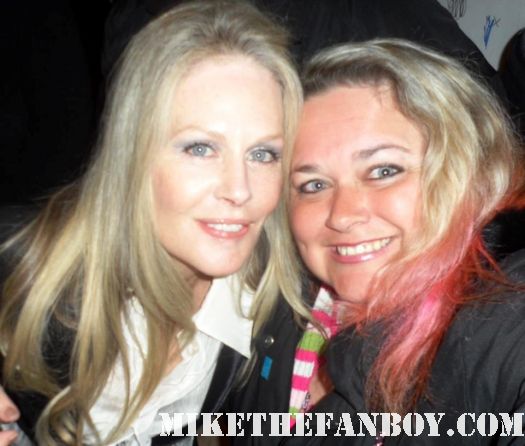