Check them out after the jump!

Hello, my lovelies. Pinky Lovejoy here with a blast from the past – a look back at all the celebrity photo cards I’ve sent out for the past ten years. It began in 2002 as an accident, really. You see, I’d handmade all my cards that year (because I’m insane) and thought I’d include a little wallet sized picture of me and Matt Damon because I was really excited about getting it. Earlier that year I’d attended my very first year of the Sundance Film Festival and meeting Matt was a dream come true. 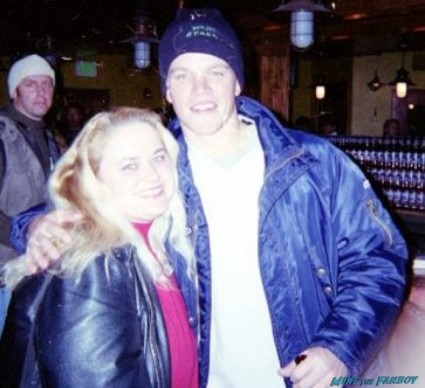 So, I glued the picture of us inside each card with a handwritten note that said, “Merry Christmas from me and Matt Damon!” It cracked me up until I started getting cards back from people asking if that was my new boyfriend (yes, they were serious and, apparently, lived under a rock and didn’t know who Matt was). Oops.

The next year, I went a more traditional route and featured Kevin Spacey (with a cameo by a grumpy Oliver Platt). It was my first attempt at a “catchphrase” and it wasn’t great. You can definitely tell I was just starting out. 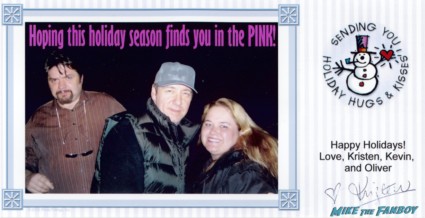 In 2004, I was starting to get more and more pictures at Sundance and wanted to put multiple stars on the card. My friend Vicki helped me design the cool pink background. 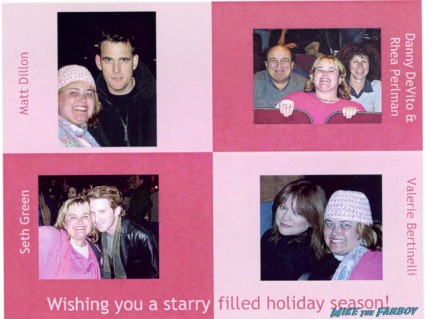 In 2005 I had two different cards (I can’t remember why), but the main one had David Schwimmer and Nic Cage on it. My friend Merrily designed the pictures in the ornaments which I thought was awesome. My catchphrases were starting to get a little bit better (except for the Kevin Bacon one – what was I thinking???), but I had some work ahead of me. 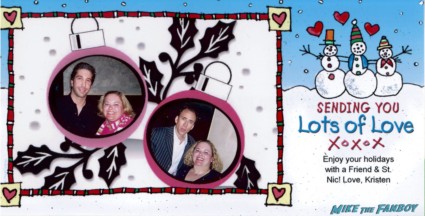 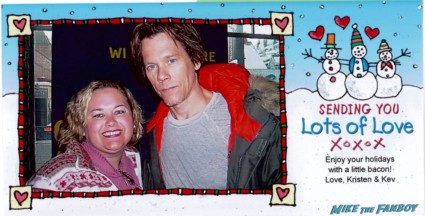 In 2006, I featured Rosie O’Donnell, which people complained about, but I love her so I don’t care. It’s my card and I’ll put who I want (ooh, sorry, I’m not sure why that came out so aggressive and argumentative). 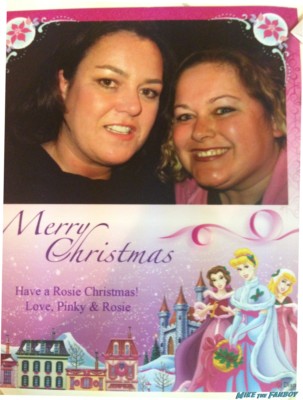 In 2007 I had a “nice” version and a “naughty” version of my card and only the “cool kids” got the naughty one (read: primarily people without families who had a sense of humor). The Screech picture was just too great not to put on my Christmas card, even though I knew it couldn’t go out to the masses. 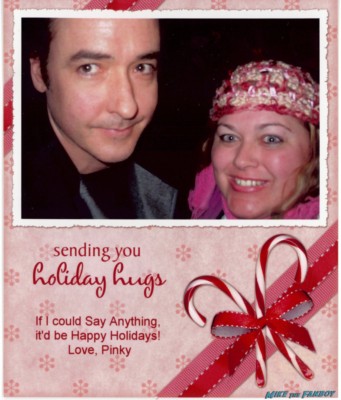 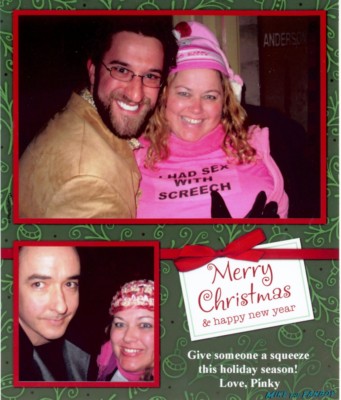 In 2008, I had Sarah Jessica Parker, Ricky Schroder, Glenn Close, and Matthew Broderick on it. The card had two flaws: 1) I didn’t notice the photobomber behind me in the SJP pic, and 2) no one could recognize Glenn Close. Fail. 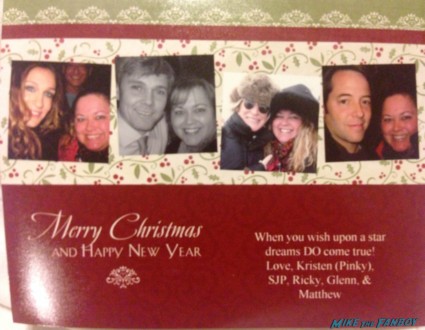 2009 is probably my favorite card of all because my friend Eric did an outstanding job designing it and he incorporated all my fave things on it (in addition to it featuring my beloved Duran Duran). 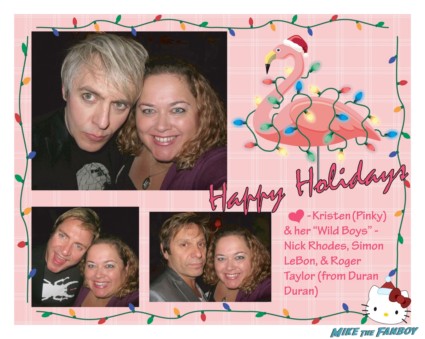 In 2010, I loved the mix of Bradley Cooper, Betty White, and Patrick Dempsey and the tag of “Wishing you a Hangover-free, McDreamy White Christmas” was pretty good (if I do say so myself). 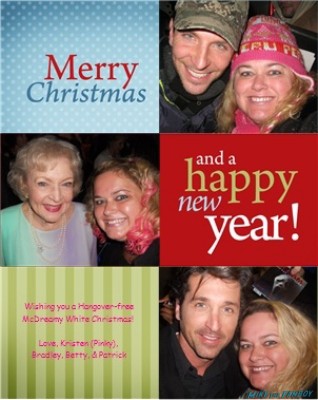 Last year I had a hard time deciding who to put (since I knew I wanted to feature Johnny Depp), but I thought the ‘80s icons worked well (even though Mikey disagreed that Depp was an ‘80s icon). 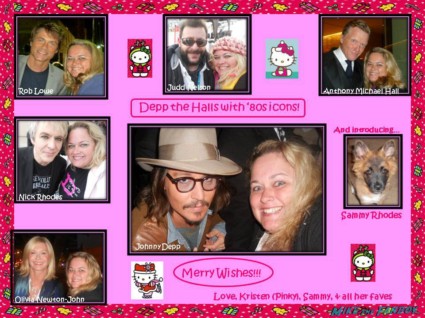 This year was a challenge to find a way to incorporate all the hot men together, but I loved the tag line we came up with –Hunky Hollywood holidays from me and my leading men! So fun! 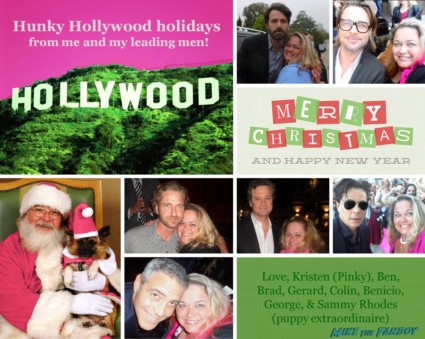 Wishing you and yours the happiest of holidays and the merriest of days. For additional pink fodder, please visit www.pinkylovejoy.com or follow me on Twitter @pinkylovejoy. As always, have a pink day!