Paul Rudd and Emile Hirsch star in Prince Avalanche the new film from David Gordon Green. This film has been getting great word of mouth and our own JM headed out to see if the film lived up to the hype.

Check out his full review below!

Set against a desolate country highway, “Prince Avalanche” allows an unlikely duo to discover themselves in this riveting, remarkable film. Much like his classic earlier independent films “George Washington,” “All The Real Girls” and “Snow Angels,” David Gordon Green once again wows audiences with a unique, unlikely friendship in this tremendous, touching film. 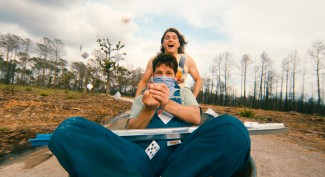 The road movie “Prince Avalanche” focuses on the unlikely friendship of road crew members Alvin (Paul Rudd) and Lance (Emile Hirsch) as they paint lines and place road signs after a wildfire outside Garland, Texas in 1988. Alvin is dating Madison (Lance’s sister) and hasn’t seen her in several months, but they’re constantly corresponding via handwritten letters and the occasional phone call. Despite the separation, Alvin always considered himself lonely in the big city whereas Lance can’t cope with isolation in the wilderness.

Eventually, working side-by-side begins to take its toll on them. Lance’s increasing, irritating mannerisms slowly begin to infuriate Alvin, who is “set in his ways” and appreciates silence as opposed to the talkative, lively nature of his colleague. The “learning disabled” Lance obsesses about sex 24/7 and can’t adjust to the outdoors despite desperate measures to bond with his sister’s boyfriend. However, despite their obvious age gap and different lifestyles, Alvin and Lance form an unlikely friendship bonded by their work.

Paul Rudd resonates as an everyman hopelessly in love and gives one of his best performances. Rudd effortlessly demonstrates his vulnerability and shows a hidden knack for dramatic performances that we should see more frequently from him. David Gordon Green continuously casts these impressive independent films and evokes exciting performances from actors you never would expect. Paul Rudd and Emile Hirsch are a perfectly paired odd couple in this unexpected, unique film about self-discovery. 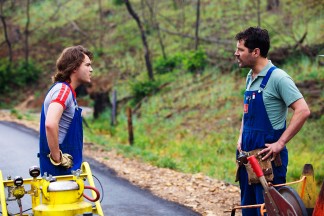 Emile Hirsch, who continues creating unforgettable, contemptible characters, delivers another amazing performance with Lance. Every little nuance of an aimless young adult comes across so natural for Hirsch it’s disturbing and is among his best roles. Whether it’s masturbating next to Alvin in the tent at night, filling out comic book crosswords, discussing sexual conquests or accepting liquor from random truck drivers, Lance “lives for the day” and doesn’t care about his consequences whereas Alvin always makes a conscious effort to do the right thing. Rudd and Hirsch’s chemistry is unbelievable in one of the most exquisite comedies of the year.

Movies like “Prince Avalanche” are exactly why people should check out independent films more often. Beyond the glitz and glamour of two A-list celebrities, David Gordon Green utilized great character actors by casting them in memorable roles like Lance LeGault, who plays the scene-stealing truck driver obsessed with drinking and the wandering woman, Joyce Payne, who was added last minute. Payne’s riveting role (essentially playing a version of herself) shows her burnt down home to Rudd’s character and creates some of the most memorable moments demonstrating life can vanish right before your very eyes. If more American remakes turn out like “Prince Avalanche” then I’m all for Hollywood updating small foreign films like the Icelandic “Either Way.” David Gordon Green might be more well-known for his mainstream movies “Pineapple Express” and “Your Highness,” but this might be very well be his best directorial effort thus far. Spectacular storytelling, great acting and well shot, “Prince Avalanche” is one of summer’s hidden gems that demands your attention. 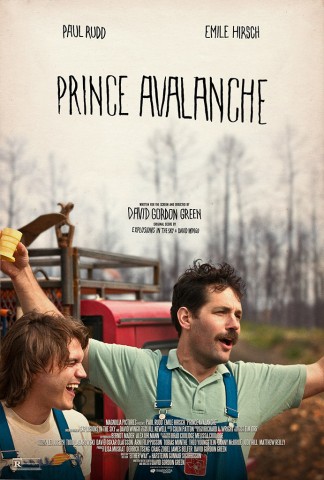