Home / Fanboying! • Stars of the 1980's and 1990's / Professor Plum! I Mean Christopher Lloyd Finishes My Clue: The Movie Cast Piece! Erica Meets The Acting Legend And I Finish One Of The Best Movie Casts Of All Time! Autographs! Photos!

You know, late last year I finished one of my favorite cast pieces of all time. I like working on giant crazy projects. Especially for films, that I love and I’m grown up with.

One of those movies and subsequently projects for me has been Clue: The Movie.

I’m still working on one Clue: The Movie piece but this one I can now call done.

Now, this cast is rough, simply because you don’t see them all the time and they’re no spring chickens. Plus, the talented and awesome Ms. Madeline Kahn is sadly no longer with us.

That of course was my first hurdle. Thankfully, when I was a kid I wrote Madeline Kahn a fan letter and she sent me back an index card dedicated and signed. Because of that I was able to add her to my cast piece even though she couldn’t sign it directly. 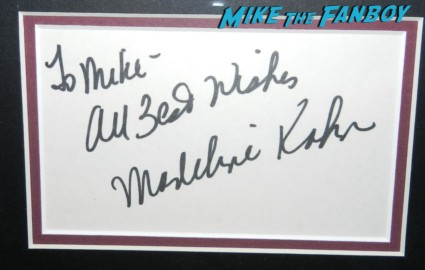 My next idea… and I think that this was an awesome challenge… Get everyone to sign in their character colors. Mr. Green in Green, Colonel Mustard in yellow, etc…

I met Tim Curry at an event at the Getty (Pinky got tons of panic texts “It’s a Tim Curry Emergency!” I had Tim sign in gold since Wadsworth didn’t have a color. 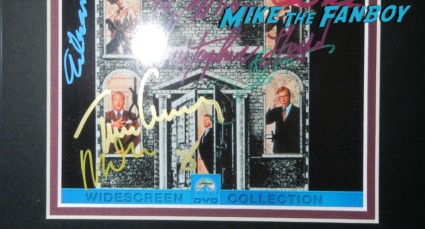 Erica was in New York and met Michael McKean a long while back and him sign in Green.

Lesley Ann Warren I met at an In Plain Sight event and she was so sweet and kind. She of course signed in Scarlet. 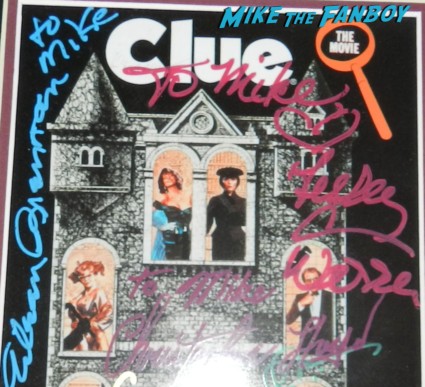 Martin Mull I waited and waited to meet. Finally, at a small premiere for And They’re Off I got my wish! He signed in Yellow.

Eileen Brennan… Well… She was standing on the side of the street in a canary yellow Private Benjamin shirt across from my house. This prompted me to pull into my driveway run upstairs get all my stuff and trip out a little. I’ve been fortunate enough to strike up a small friendship with Eileen even though I haven’t seen her in a bit.

Erica was in Toronto for business and offered to take my piece to the Fan Expo show there. 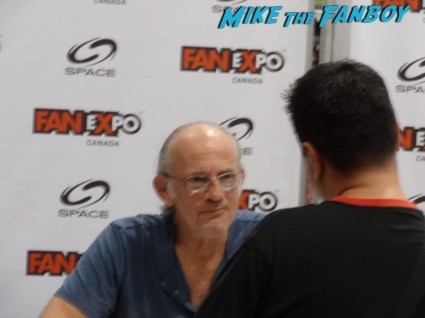 Now, for a piece like this, I would have liked to finish it myself but again… People aren’t getting younger and I would have hated to miss the opportunity to finish the piece. So, what can you do right? 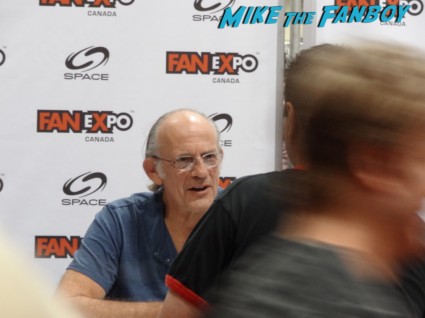 This is what Erica said, “He was trying to be nice at the signing, but his shrewish handler was basically screaming at people move faster and wouldn’t let him write and inscriptions. 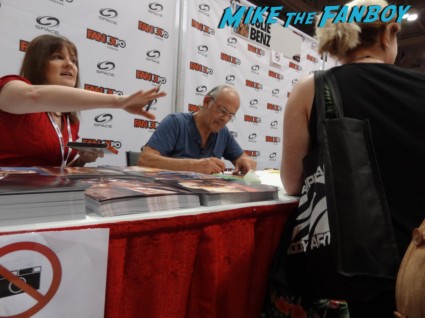 (The people running Fan Expo were crazy — the exhibitors and guests were nice, but the people running things were nuts and power-hungry).  But Christopher Lloyd did want to plug the upcoming Psych episode that’s a spoof of Clue and where several movie cast members will guest star.” 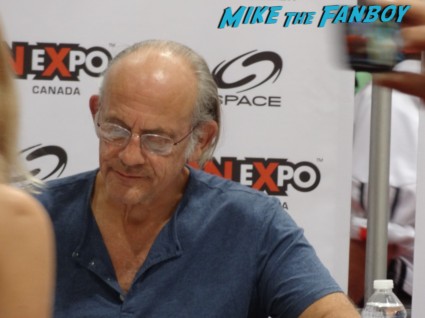 You have no idea how awesome this looks on my wall. It’s amazing! And I want to thank Erica for taking the utmost care with it and getting it signed for me. Plus, she made sure it was signed in a Plum paint pen… For Professor Plum! 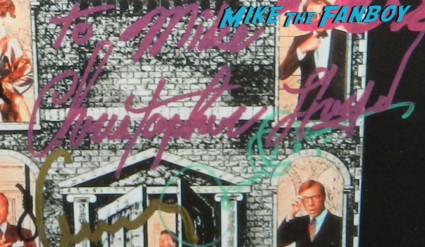 I know I’m crazy, but sometimes that crazy pays off! Especially when you finish a beautiful piece like this! 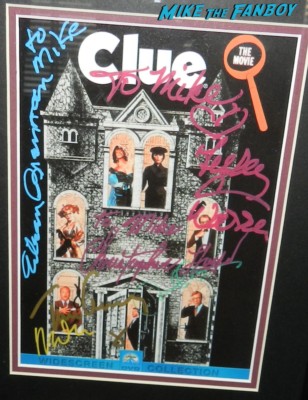 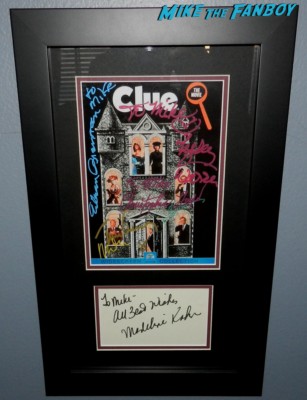