I have to tell you, I could really use a Purge night, I mean let’s be honest, there’s a few people who I would love to target to off. I’m not ashamed of it. Literally, I could take down a few people… Guns, bats, crowbar..

The New Founders of America invite you to celebrate your annual right to Purge. The Purge: Anarchy follows an unlikely group of five citizens who, over the course of the night, are hunted across the city in a kill-or-be-killed series of survival scenarios during the annual Purge.

On July 18th, prepare for Anarchy by checking out the “5 Things To Know Before You Watch The Purge: Anarchy” Interactive GIFs. Move your mouse across the GIFs to control the scene!

Enter Below to win A Purge Anarchy Prize Pack! 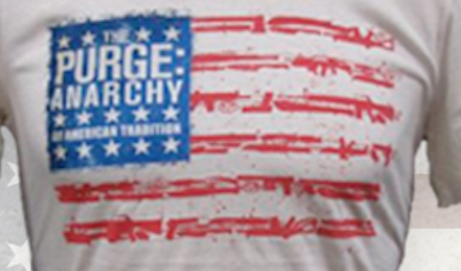