My name is Puss… And Boots! LOL… I’m not a huge animation fan, I appreciate animation but if I don’t have to see it I can appreciate it more! Lol… But I did love Mr. Antonio Banderas in Shrek, and now he’s even getting his own spin off! Crazy times! I remember my friend Vanessa lusting after Antonio after seeing him in Desperado… Wow, random memory…

Anyway, CB is out and about trying to meet Mr. Banderas… Along with Scotty and Anushika. Check out the full report after the jump!

I’m so excited today because I’m going after a celebrity I rarely hear is out, Antonio Banderas. See, one of my favorite movies is Once Upon a Time in Mexico. The movie is somewhat of a sequel to the great movie Desperado and features the awesome Johnny Depp as a CIA agent. If you haven’t seen Desperado, do you self a favor and watch it. It’s one of the first DVDs I’ve ever owned and still have, of course its much too scratched to be played now.

Say what you want about Shrek, I love the movies. Puss in Boots is getting his own movie and Antonio was out promoting his upcoming flick. He was doing a rare talk show appearance, and I mean rare because several other people tell me it has been a long time since they’ve seen him. I had my Puss In Boots poster and a photo for Antonio, here is hoping for the best.

7:00: I arrive and much to my surprise, the crowd is very small for him. I thought it would be double the size, but hey, it’s good.

7:10: I’m joined by the Awesome Anushika and Scotty the Music Man who tells me Evita was good……..no comment.

(Editor’s note: When you have a hand signed one sheet of Lady in The Water in your collection you have no right to judge! M- 😉

7:30: We see security open the gate and it’s Antonio. We chant for him and he waves and goes right inside. Well, maybe on the way out.

8:30: The doors open and its Antonio leaving. We are calling for him and he comes right over. 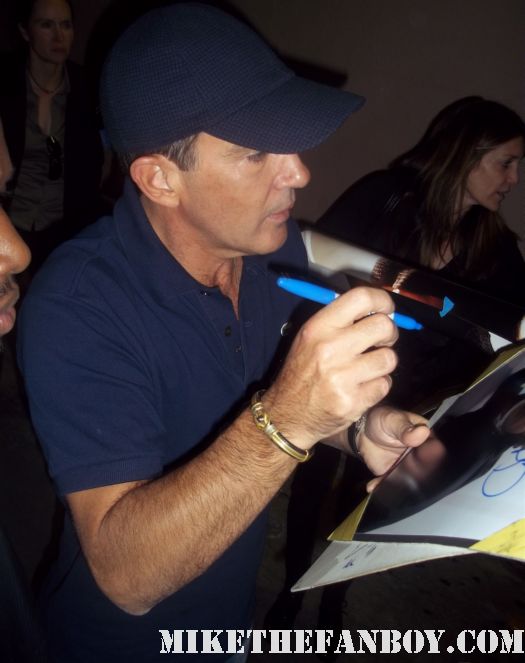 He’s really nice about signing, but he’s flying down the line signing his life away. 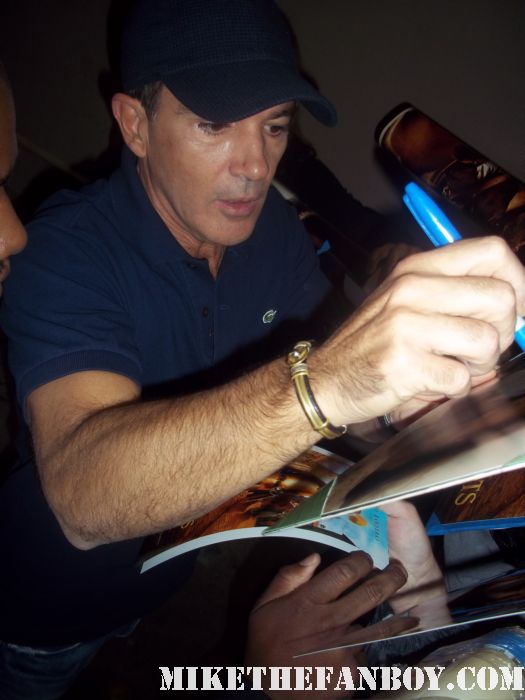 Sure it’s just AB, but man, the guy is moving like lightning. He does the entire barricade and then heads off. I don’t think he missed anyone. 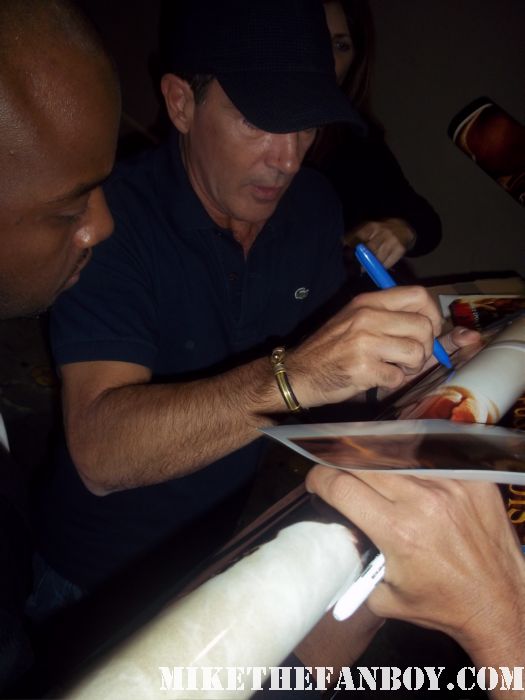 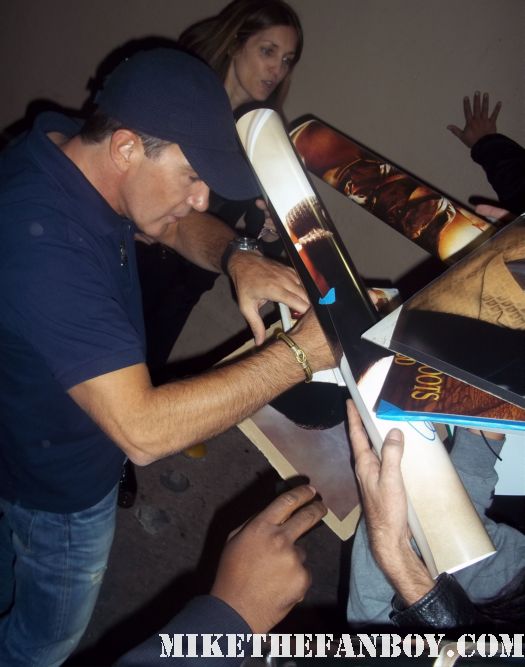 I got one of the actors from my favorite movies, So I’m happier than a tornado in a trailer park! (Sorry, Cars reference) Antonio was great to waiting fans and you couldn’t really ask for more. Until next time, take care everyone. 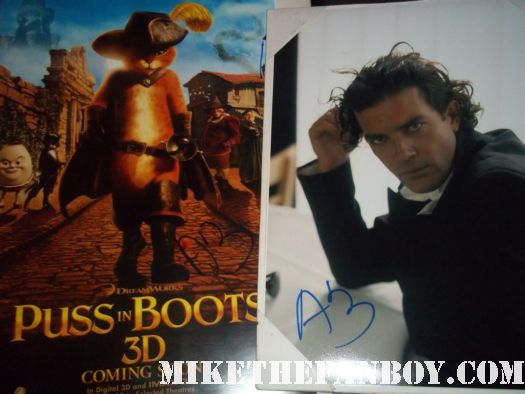