Home / RIP • Sons of Anarchy / R.I.P. Opie Winston! On Behalf Of The Sons Of Anarchy You Will be Missed!

I have to tell you… Sons of Anarchy… It’s just some fucking amazing television. I’m binge watching the entire series and I’m almost finished with season 4.

With the release of season 5 coming to DVD and blu-ray August 27th I thought, you know… Opie needs his own RIP article. He’s a bad ass mother and I’m going to miss him! His arc on the show was intense and I tip my hat to Kurt Sutter and the SOA team for crafting such an awesome show.

So, for your viewing pleasure here are Opie’s top five moments from Sons Of Anarchy.

RIP Opie! You will be missed! 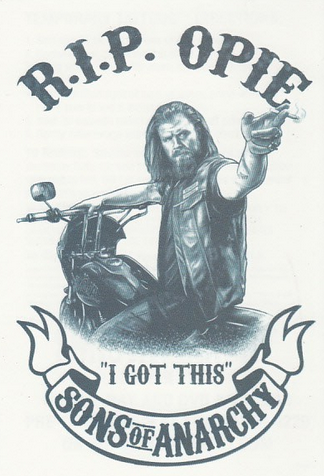 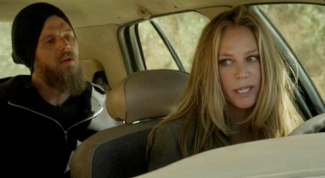 Agent Stahl was a bloodthirsty, driven, agent who set up Opie as a traitor in Clay Morrow’s eyes. While Opie had nothing to hide, Clay grew to secretly distrust him and behind the scenes, arranged for Tig to murder Opie. The mistake was shocking – as it was Opie’s wife Donna who paid the price, while Agent Stahl was later revealed to have lied about Opie. The anger that Opie feels towards Agent Stahl for setting him up, coupled by his depression over the loss of his wife was too much to bear. Opie eventually finds and confronts Agent Stahl – letting her live to teach her a lesson in humility the first time, while finally executing her the second time the way Donna was murdered. 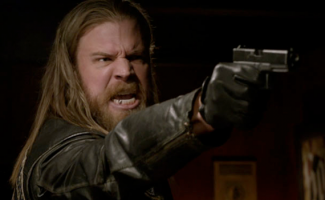 Clay morrow is a ruthless killer; he’s a greedy bastard and a traitor. No one saw those changes more clearly than Opie’s father Piney Winston. Tired of Clay’s BS, Piney confronts Clay and he murders him in cold blood. When Opie learns the truth, all hell breaks loose. Can you blame him? Opie went to jail for the club, he lost his wife and was set up as a snitch by Clay for the club, and he lost his father to Clay. Some things are impossible to let go, and the moment Opie confronts and shoots Clay, is both mesmerizing and heartbreaking. 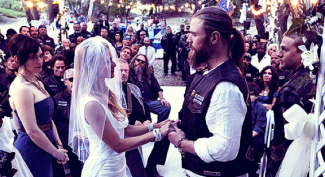 Tired of the life, tired of the betrayals, and the loss of his loved ones at the hands of an unpunished Clay Morrow, Opie Winston gives the club the ultimate sacrifice – his life. At the end, there was no one but Jax to feel his pain. Though Opie was angry at his best friend for keeping the truth about his father’s death to himself, Jax was ultimately forgiven, and saved by Opie. Physically and morally saved, for now Jax must deal with the fallout. Will he man up and punish Clay? Will he become the kind of leader that motivates? Or will he turn into Clay? Opie’s death is the fulcrum of Jax’s leadership. What he does with the gift of a second chance will determine if Opie’s ultimate sacrifice was worth it. 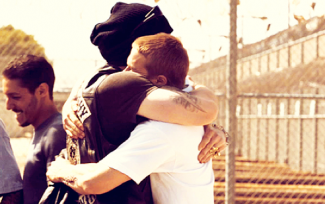 They are the brothers that neither of them had, and they are best friends. Throughout “Sons of Anarchy” it becomes apparent that the love that Jax and Opie share is powerful. With all of the crazy drama that a biker gang life entails, their support is what got them through their battles with the ATF, the IRA, the drug cartel and Damon Pope. Opie’s loss has a profound effect on Jax , and it sets the stage for what’s to come in Season 6.

“Sons of Anarchy: Season Five” will be in stores 8/27 on Blu-ray and DVD courtesy of Twentieth Century Fox Home Entertainment. Season 6 of “Sons of Anarchy” premieres Tuesday, 9/10 at 10 PM on FX.