There were lots of things to see at Comikaze this weekend and one of things were all the celebrities in attendance.

There were some great people there including Jamie Bamber, Stan Lee, Elvira, Michael Trucco, and more. Suddenly Susan, Big Mike and I were bopping around on the floor when we ran into Devon. 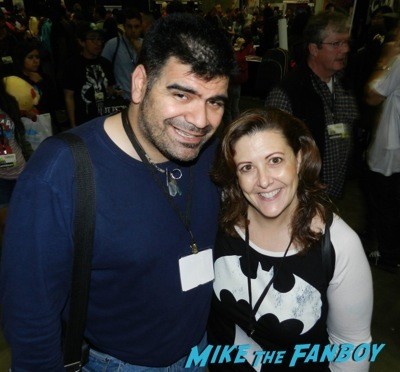 Free? An autograph? I have to have it! Doh!

The first thing I thought of was, why didn’t I bring my Gremlins mini poster! Doh!

The second thing was… I have to find something for Howie to sign. Here’s where I know I’m a little crazy, as a collector, there are those times when your brain works like a cook on Food Network’s Chopped. If you don’t have what you would normally would want, find a second thing.

Immediately, my mind went to.. They had to make a Funko Pop! Vinyl!

And then… The race began. Big Mike and I had to get to Stan Lee’s line and only had about 45 minutes, so we had to find something fast.

It’s at this time, where if you have iTunes you should hit play on Republica’s Ready To Go. Cause we tore through Comikaze like Ferrets in heat trying to find a Gizmo Pop! Vinyl.

Racing through the aisles, I dodged Chewbacca, three comic characters I have no idea what they were supposed to be and two unfortunate shirtless Thor’s. Now, one thing about con’s is there there are Pop Vinyl’s around every corner, but there are about 27,000 Pop Vinyl’s in existence.

It’s kind of like trying to find a needle in a haystack. Picture the three of us running around like contestants on Supermarket Sweep.

The first place we went to, had nothing Gremlins.

We ran around the corner, dodged Wall-E, and found another guy who had a bunch of Pop Vinyls. I grabbed the dude, and all he had was an actual Gremlin!

As you probably know, Howie Mandel was the voice of Gizmo and not any of the Gremlins.

We took off again, it was like a train. I swear as opposed to Ready To Go, you should probably play Locomotion.

Musical Accompaniment aside weaved our way around the corner and Susan ran to talk to the guy and I spied GIZMO!

I grabbed one off the shelf and then… I realized there was only two. Doh!

I toyed with tossing the other one up in the air and letting the two of them fight for it WWF style.

Thankfully, the owner reached back and pulled out another one!

YES! No one has to rumble.

And then we have to make our way back to the other side of the convention floor. Big Mike parted the waters like Moses letting his people free.

Finally, we made it to Howie Mandel’s line. 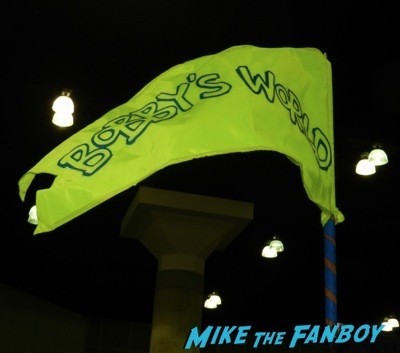 Whew. All that… 10 minutes. It took longer to write than actually go through it.

There were about 20 people waiting for Howie Mandel. He was very nice, I’ve seen someone come to a convention to just meet people and sign for free after their panel. It was super nice of him. 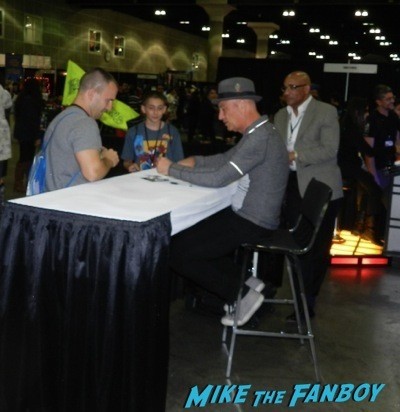 The line moved briskly and the three of us finally headed up.

Howie Mandel said to Susan, “Another one of these, Did you get this here?”

Susan said, “No, I’ve had this for the past twenty years!” 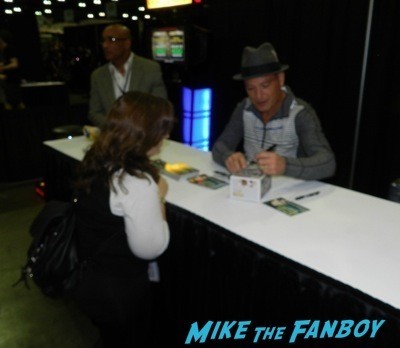 Howie laughed and was happy to sign her Pop Vinyl, 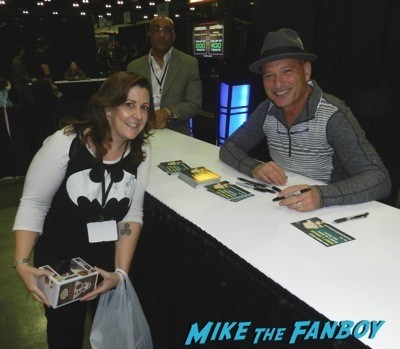 I went up next and Howie was very nice. He signed my figure really well, and in a pinch, I love getting the Pop Vinyl’s signed. They are so adorable! 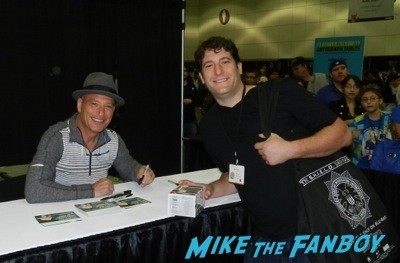 Big Mike was the last of us to go up and then we were done. 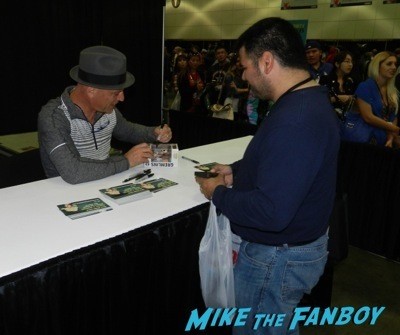 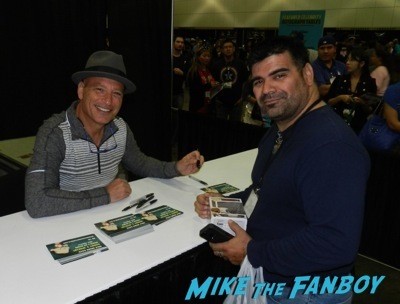 You can never keep a fanboy down! 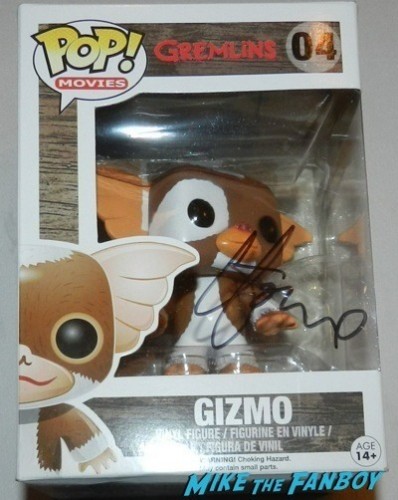