Documentaries dominating the big screen should be no surprise this year. Fortunately, by living on one of the coasts we’re spoiled once again with the slick, smart documentary “Raise Hell: The Life & Times of Molly Ivins.”

Larger than life political columnist Molly Ivins instigated and simultaneously stimulated a generation to question authority. The Texas maverick marveled audiences all across the United States with her humor and at the height of her popularity, 400 newspapers carried her column. The once modern-day Mark Twain sophistically skewered the most prominent and powerful political figures with refreshing riveting gusto garnering a die-hard fanbase. 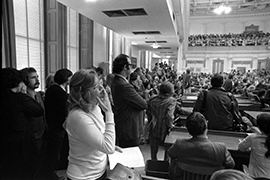 Molly Ivins was a fearless reporter and always seemed to be “battling the bastards” understanding the importance to highlight bad government no matter what the consequences may be. After all, everything is fair game and the country wants to know the truth because “You can’t ignore politics, no matter how much you’d like to.” Ivins’ Texas temperament and twang struck a chord for generations. Filmmaker Janice Engel brings back that voice to create an exceptionally entertaining movie.

Although Ivins succumbed to cancer in 2007, Ivins’ ingenious wit and clever commentary is brought back to the forefront once again in this documentary to “Raise Hell.” Considering the devastating, dire political climate today, Ivins’ commentary couldn’t have come back at a better time. “Raise Hell: The Life & Times of Molly Ivins” is a stunning, sophisticated documentary introducing a new generation to remind us the political establishment should be afraid of the people. After all its run by us and our job is to constantly hold everyone’s actions accountable. 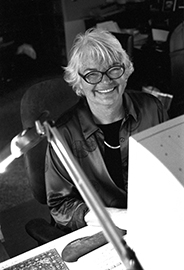 The film features tons of great, genuine humorous anecdotes and analysis of the then political climate (1960s-2000s), including how she dubbed President George W. Bush as “Little Shrub.” Her “accidentally authority” on President George W. Bush perfectly paints the disturbing trends we repeat regardless of who is running the country. Whether you were familiar with Molly Ivins before viewing, her humor perfectly captures that it’s okay to “laugh, cry or throw up about politics” in this moving film about a bygone era. 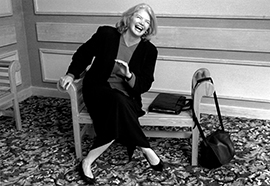 Even naysayers and political targets confess Ivins might have made you feel like an idiot, but the epiphany experiences of realizing you know less was a great wakeup call. For 40 years, Molly Ivins was the “Mouth of Texas” and utilizing her Texas twang transformed the nation, which is brilliantly and beautifully recreated with this delightful documentary. Although she constantly criticized politics, her Texas upbringing certainly captured the zeitgeist as she labeled the state “the national laboratory for bad government.” 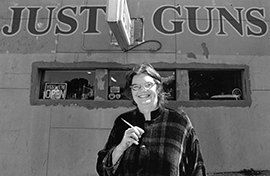 Honestly, my knowledge was extremely limited on Molly Ivins before watching, but believe me I can’t stop discussing or thinking about this wonderful woman. An average movie entertains you, but brilliant films force you to think about it long afterwards. Engel’s exciting, entertaining documentary does just that and certainly causes you to reevaluate your involvement in politics. Stand up and let your voice be heard. If your passion permeates every instance you mention a certain topic, don’t hesitate, but go and celebrate your convictions.

“I believe that ignorance is the root of all evil. And that no one knows the truth”- Molly Ivins