Ray Donovan is one of Showtime’s signature series and is continuing to do well creatively and ratings wise.

The cast of the series along with some of the producers got together for a fun q and a about the series. 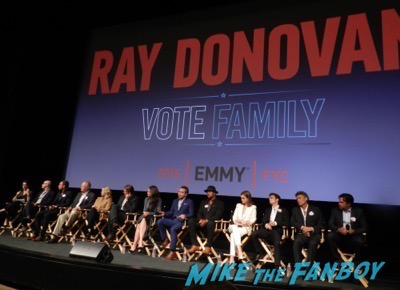 The cast talked about making the series as well as the behind the scenes creative process.

One of the things that Liev Schreiber said was that fans are passionate about the series.

“I have people shout at me when I’m with my children, ‘Ray who the FUCK are you?’” Liev said, “I don’t even remember that on the show!”

Paula Malcomson said, “I have had several couples approach me and said that they role play as Ray and Abbey. It starts with, ‘you’ve got a hole in your heart Ray.’ and it continues. Apparently there is great fun to be had. It’s quite a few people.”

“I have an eight year old and a seven year old and when they scream ‘Ray who the FUCK are you’ I just tell them, kids that a very bad Boston accent.” Liev added. 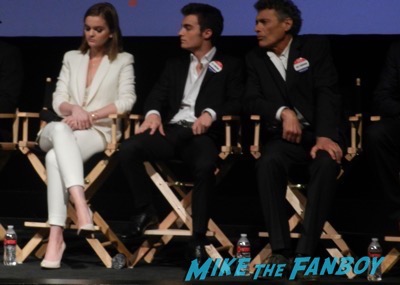 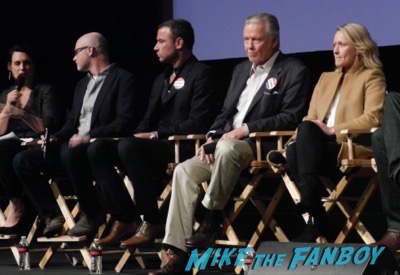 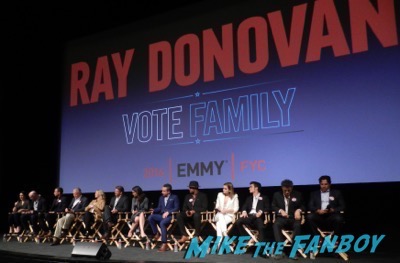 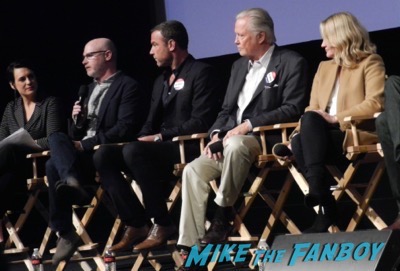 Jon Voight was very funny on the panel and when the moderator asked him if he had any special acting processes and if he did anything special like “dancing with a towel” or anything like that he had a funny reply.

“Do you notice the questions I get? They’re are questions asked of someone mentally not there… Would you dance in a towel to prepare for a scene. How do I answer that?” Jon said. 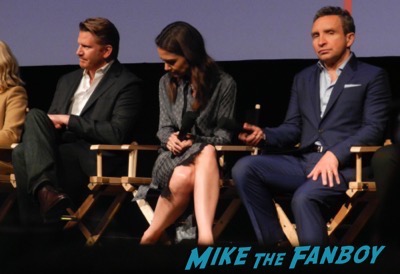 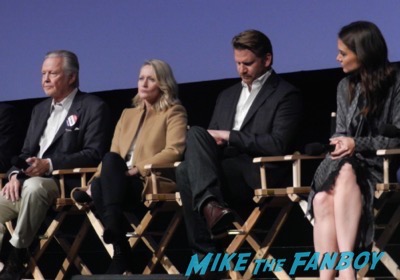 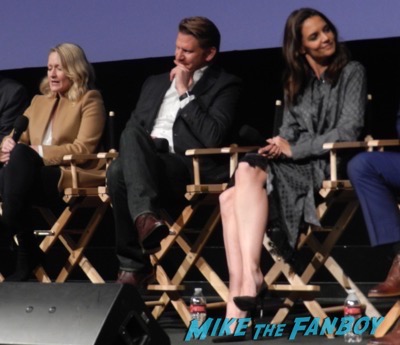 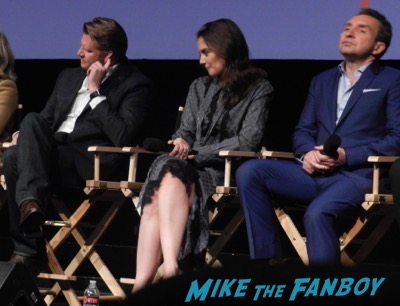 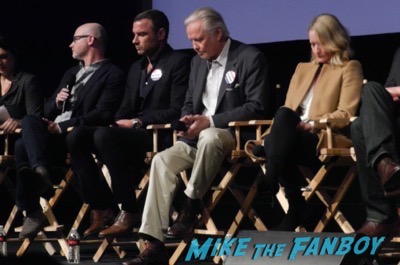 There was an awkward moment where the cast talked about not doing Ray Donovan but Gay Donovan and Liev Schreiber skipped along the stage. It was a little non-PC for the FYC audience. 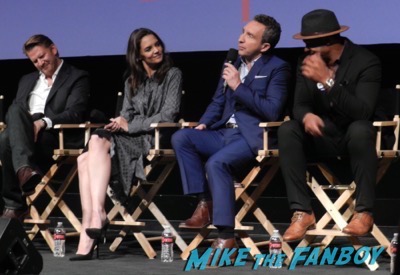 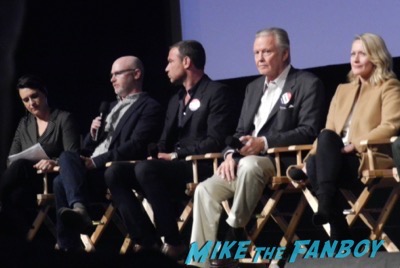 “We all are very grateful to work together and I know when I come to the set, I prepare myself the best I can.” Jon Voight mentioned, “Thinking about the character and I look across from a world class actor and there’s a kind of explosion on the set. It’s always so much fun to see what the other actors have brought to the set.”

After the panel it was very hectic. Katie Holmes signed one thing and did like three photos before leaving. The cast all went to the reception except her. She left immediately.

Liev Schreiber was mobbed in the reception and took photos and selfies as he made his way to the exit of the party. I did manage to get him to sign my poster very quickly. He was very nice but a little overwhelmed.

The rest of the cast was very cool. Jon Voight was nice as always and signed a Midnight Cowboy mini poster for me as well. Even Lecturing me kindly about not smearing the pens. God bless him. 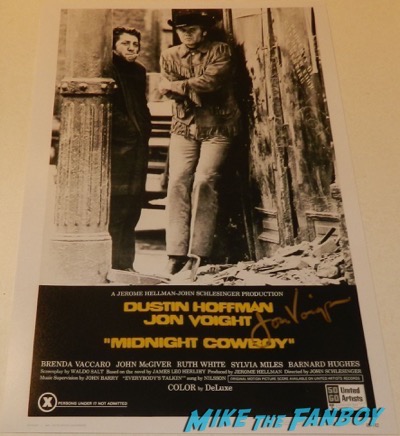 Dash Mihok is such a nice guy. I told him how much I enjoyed him in Silver Linings Playbook and he is just a cool guy. You can tell.

Paula Malcomson as well. Super sweet. I want to hang out with her, just adorable.

Steven Bauer was over the top cool, talking and chatting with everyone. He signed a Scarface mini poster for me as well. Such a nice guy. 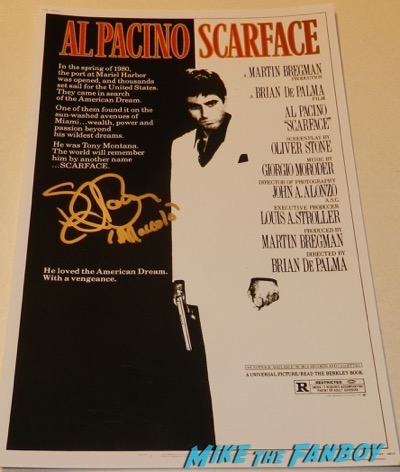 Pooch Hall and Eddie Marsan also signed the cast poster, I didn’t get to meet Kerris Dorsey or Devon Bagby but there’s always next time.

Speaking of next time… 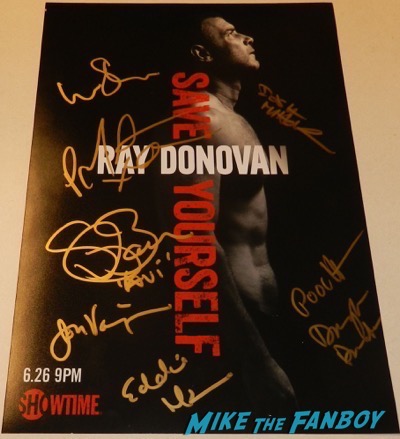