Home / NEWS • Stars of the 1980's and 1990's / Two Classic 1990s Films Are Getting Turned Into Television Series! Hello! You’ve Reached The Winter Of Our Discontent!

I just heard that two of my all time favorite films are getting turned into television series! I know!

The first is one of the best films Terry Gilliam has ever done… 12 Monkeys is amazing and if you’ve never seen it, get thee to the Redbox now!

Syfy, pronouced See-Fee because Sci-Fi isn’ty spelled SyFy, just saying… Are doing a reboot, so I’m sure it will look cheesy with a cast of canadian actors saying Aboot. But it’s an interesting idea. 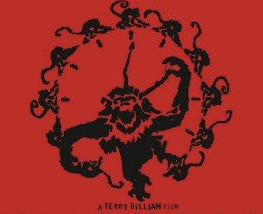 The other is from NBC… what are they doing… Reality Bites! Ben Stiller is teaming with the original writer of the film to work on the series… This might be interesting… 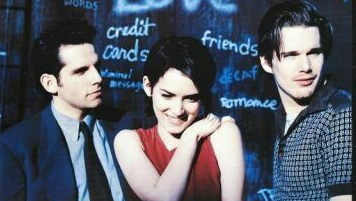 I don’t know… I just don’t… BUT I would be willing to give it a shot. I might need to watch the original now though.

EW just did their dream casting for Reality Bites check it out below!

OK, OK. We know it’s kind of sacrilege to even think about remaking Reality Bites. But Ben Stiller directed it and Helen Childress wrote it and they’re developing the potential new series at NBC, so for a moment let’s hope for the best. And… make a few suggestions for who should play the slacker crew so iconically embodied by the original cast. Here are our picks, tell us yours in the comments:

Lelaina Pierce (Winona Ryder): Shailene Woodley – She’s kinda artsy, she’s done TV, she’s the latest indie and crossover it girl. Would be fun to see her wield a camcorder, plus she’d look great as a doily.

Troy Dyer (Ethan Hawke): Penn Badgley – He’s brooding, he’s dark and mysterious AND he’s about to film a movie with the original Troy Dyer, Ethan Hawke. Perhaps he’s already getting tips on how not to steal a Snickers bar.

Sammy Gray (Steve Zahn): Danny Pudi – The Community star certainly has the comedy chops to pull off Vickie’s self-deprecating gay best friend. Plus his pop culture knowledge from playing Abed Nadir is beyond, perfect for the movie’s quick quotable comebacks and fast talking.

Michael Grates (Ben Stiller): Josh Gad – He’s used to playing characters who get the short end of the stick (see: Steve Wozniak, Arnold Cunningham) but always with a lot of heart. If I’m being honest, I was aTroy girl in the 90s, but watching it again, Michael really shoulda come out looking better in this. I’m hoping he gets another shot in the TV show.